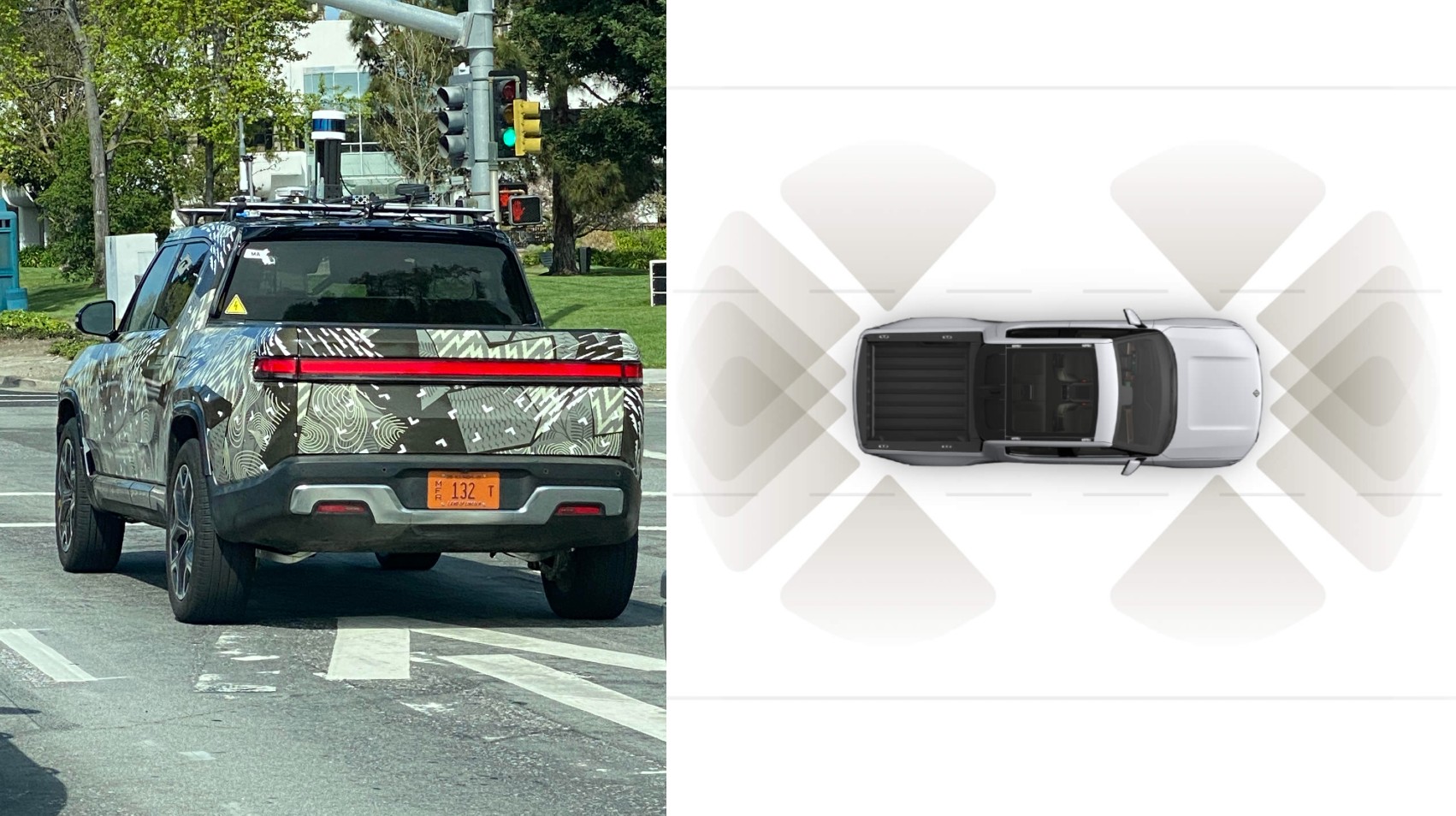 Another Rivian R1T electric pickup truck was spotted with a LiDAR rig on Page Mill Road in Palo Alto. After Rivian released more details about its R1T and R1S vehicles in November, questions emerged about Driver+, its driver-assist system.

Some people noticed that in Rivian’s November update, there was no mention of LiDAR sensors for Driver+. In 2018, Teslarati attended Rivian’s unveiling event for the R1T pickup truck and the R1S SUV. At the event, Rivian noted that two LiDAR sensors were placed below the R1T truck and R1S SUV’s “Stadium” headlights.

Recently, Rivian told Teslarati that its Driver+ system utilizes 10 exterior cameras, 1 interior camera, 4 corner radar sensors, 1 forward-facing radar sensor, and 12 ultrasonic sensors for a 360-degree field of vision. When asked if LiDAR sensors would still be placed on the R1T and R1S, Rivian did not comment. Members of the Rivian forum observed that Rivian has removed all references to LiDAR sensors on its website.

A 2018 press release reveals that Rivian had planned to release the R1T with hardware capable of Level 3 autonomy. The hardware includes LiDAR sensors.

“The R1T will launch with a robust hardware suite with multiple modalities including camera, lidar, radar, ultrasonic and a high precision GPS coupled with high definition maps. This hardware enables “Level 3” (hands-off wheel and eyes off road) autonomy for highway operation. Beyond the highway Level 3, the vehicle will have a range of self-driving features focused on enabling active lifestyles,” Rivian wrote in 2018.

The company’s current website emphasizes that Driver+ is not a Level 3 autonomous system. Some Rivian forum members speculated that the company might follow Tesla’s lead and rely on an image-based approach to EV autonomy. Last month, Tesla filed a patent for “estimating object properties using visual image data.” The patent was a significant step towards reducing Tesla’s reliance on sensors.

Rivian’s Driver+ seems be more like Tesla’s basic Autopilot. Rivian may be improving its technology to reach Level 3 autonomy in the future. For now, Rivian seems fully focused on delivering quality vehicles to R1T reservations holders later this year in June.