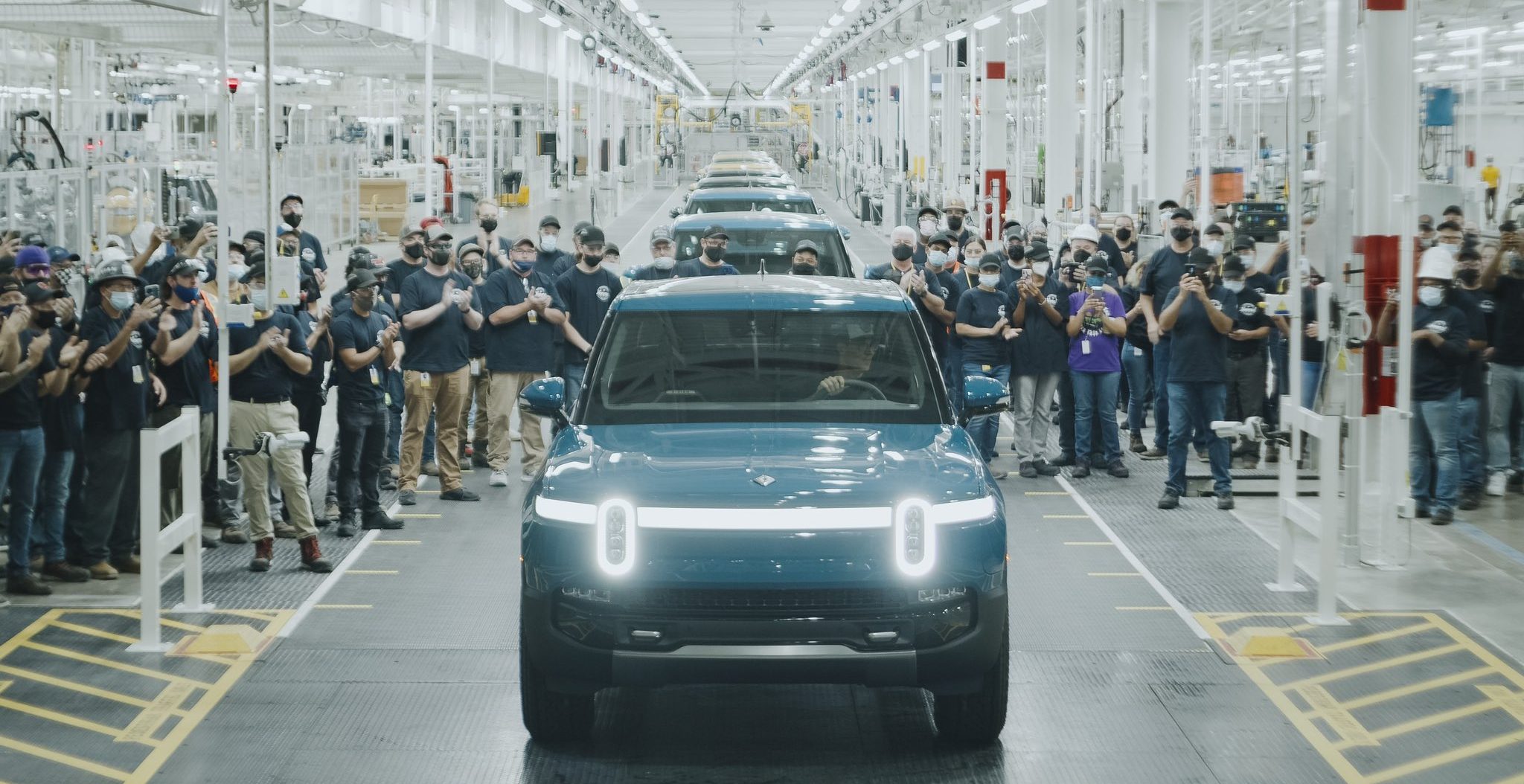 Rivian is reportedly planning to boost production of the R1T all-electric pickup by 300 percent, from around 50 units per week to 200 units per week, according to Bloomberg.

Rivian’s production rate for the R1T pickup truck at the tail-end of 2021 was averaging at around 50 units per week, according to filings the automaker submitted to the SEC. The report indicates that some inside sources have stated that production at the company’s Normal, Illinois production plant halted for about a week at the beginning of 2022. The sources, who wished to remain anonymous, said Rivian was performing fixes and process improvements.

Rivian started limited production of the R1T during Q3 2021 and completed the first deliveries just before Q4 began. Most of these deliveries were to employees, but customer deliveries have started as well. As of December 15, Rivian had produced 652 R1 vehicles, delivering 386 of them. Only two were of the R1S all-electric SUV, while the rest of the production and delivery figures were comprised of R1T units. By the end of 2021, Rivian had produced 1,015 vehicles, delivering 920 of them.

The news sent Rivian shares upward around 8%. The stock reached levels as high as $179.47 but settled to lower levels following its IPO. At the time of writing, Rivian shares were trading at $54.36, down 49.43% in the past month.

Rivian was unable to respond to the reports and declined to comment when we requested.

Rivian is still working to expand its operations, as it has only been delivering vehicles for a few months. Recently, the company stated it would build a new production facility in Georgia, just 45 miles East of Downtown Atlanta. The project, which will set Rivian back $5 billion, is expected to help the automaker expand its current production operations and may open as soon as 2024. Georgia Economic Development Department Commissioner Pat Wilson told Teslarati that Rivian is expected to hit its peak employment of 7,500 workers at the plant in 2028.