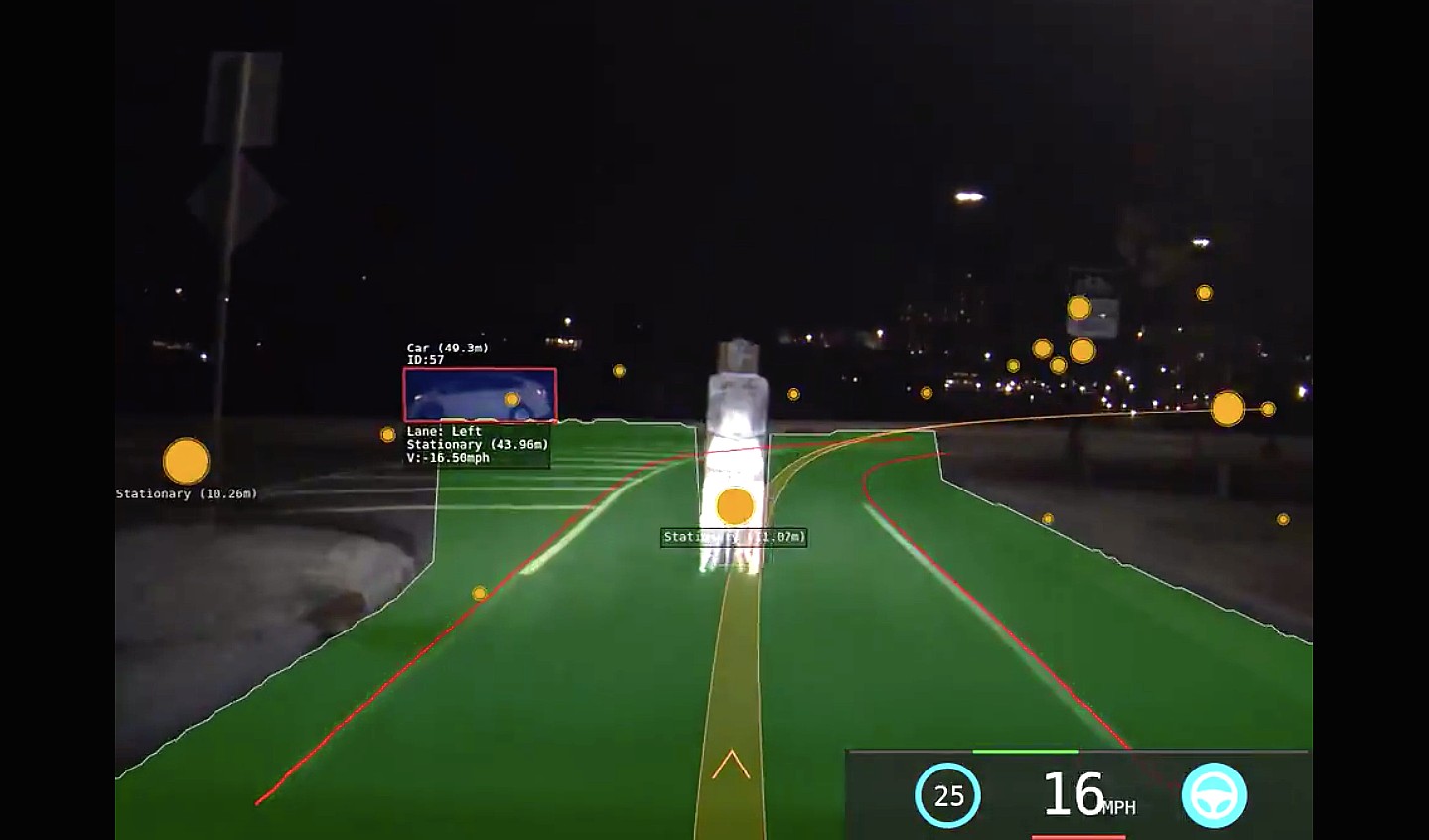 Tesla’s Autopilot and Automatic Emergency Braking (AEB) features were recently highlighted in a video depicting the system’s ability to avoid collisions with pedestrians and obstacles.

In a series of videos posted on Twitter, Tesla community member and resident hacker @greentheonly demonstrated how Autopilot, under version 2019.40.1.1, safely and successfully avoided contact with a cardboard dummy fondly referred to as “Sir Steady”. When being driven steadily on Autopilot, the vehicle recognized the pedestrian and slowed down, showing that the vehicle’s computer successfully recognized Sir Steady from a distance.

On one attempt, AEB abruptly stopped the vehicle when Autopilot detected the fake pedestrian. While the use of the AEB system managed to avoid contact with Sir Steady, Autopilot did not recognize him. Fortunately, AEB did manage to keep the pedestrian safe and avoid any damage to the vehicle.

We'll start with the ideal case. Car on AP, driving steadily when we encounter pedestrian firmly in our way.
We can see him from far away so we gracefully slow down, just like a real human! Perfect score! This happened 3 times out of 4. pic.twitter.com/w3ttt3ieAx

Making the experiment more difficult, @greentheonly then moved Sir Steady on the side of a lane. This test showed that Autopilot and AEB both still need improvement. The vehicle collided with Sir Steady on all four attempts. Interestingly, AP did recognize an obstacle because the vehicle beeped when approaching the dummy. It just failed to stop in time. The AP view confirmed to the Tesla enthusiast that lane positioning within the software was incorrect, even though Sir Steady was clearly in the road.

This happened 4 out of 4 times. Let's examine the metadata.
Here we see that the lane positioning is all wrong even while we can see him firmly in our lane. Also radar-vision fusion happened later than expected.

In the past, AEB has saved numerous Tesla owners from violent accidents. According to Tesla’s Owners Manual, the AEB system utilizes a series of forward-facing cameras and a radar sensor to recognize and avoid colliding with obstacles. It first determines the object’s distance from the front of the car and then applies the braking system as necessary. Many examples of the AEB system show it is an effective safety technique, there is room for improvement.

Autopilot has improved in many ways throughout Tesla’s continuous software updates. Most recently, the 2019.40.2 update gave Tesla owners “Adaptive Lane Speed Adjustment,” a feature allowing vehicles to adjust their speed according to the speed of vehicles on adjacent lanes. Tesla has also added the recognition of some obstacles like traffic cones, to Autopilot’s software.