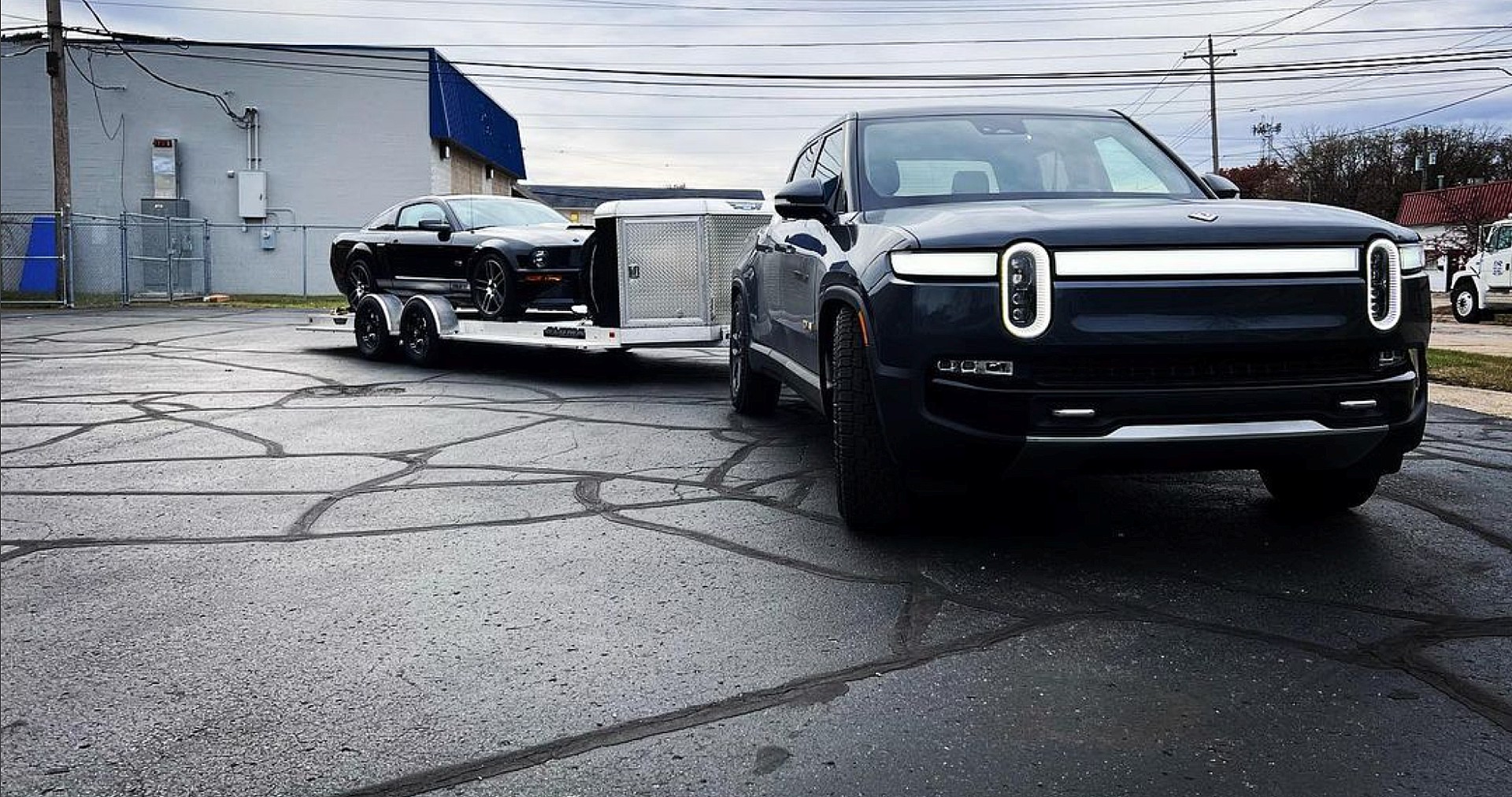 The Rivian R1T just began deliveries before 2021’s third quarter ended. Now that owners have had some time with their Rivian pickups, the real-world tests of the features that potential buyers are curious about are beginning. One of the most significant is a real-world towing test to prove range loss, especially as Rivian has flaunted its vehicle as a capable and dominant off-road pickup capable of handling the most stressful of tasks.

Rivian claims a range loss of “about 50%” on its website when towing. The R1T has an 11,000-pound towing capacity, which is relatively standard among the industry’s pickups. However, Instagram user @gideontherivian took it into their own hands to prove range loss, which evidently resulted in a 62% degradation of the battery after just 118 miles of travel.

@Gideontherivian‘s real-world towing test involves an open trailer with a Shelby Mustang GT on it, according to DriveTeslaCanada, who originally reported the story. The Shelby and the Rivian R1T, along with the trailer, the vehicle’s occupants, and additional cargo, bring a total weight of 14,260 pounds. The test is relatively extensive, as the trip is from Detroit to Los Angeles.

It is important to note that towing is one of the more stressful tasks for an EV to perform, as it requires excessive energy from the vehicle to pull something with such tremendous weight. These factors, as well as road terrain, speed of travel, altitude, and temperature can all contribute to the loss of range. It’s not just about pulling.

Tesla vehicles have been subjected to real-world towing range degradation tests in the past, proving that EVs are still extremely useful for pulling, even if it’s just a sedan. Luckily for Tesla, range loss can be combated with the company’s extensive Supercharger network, which alleviates a lot of range anxiety and concerns that drivers may have. Rivian’s charging network is still developing, but the use of Electrify America charging stations could give owners more confidence if they choose to take their new R1T for a potential pull test.