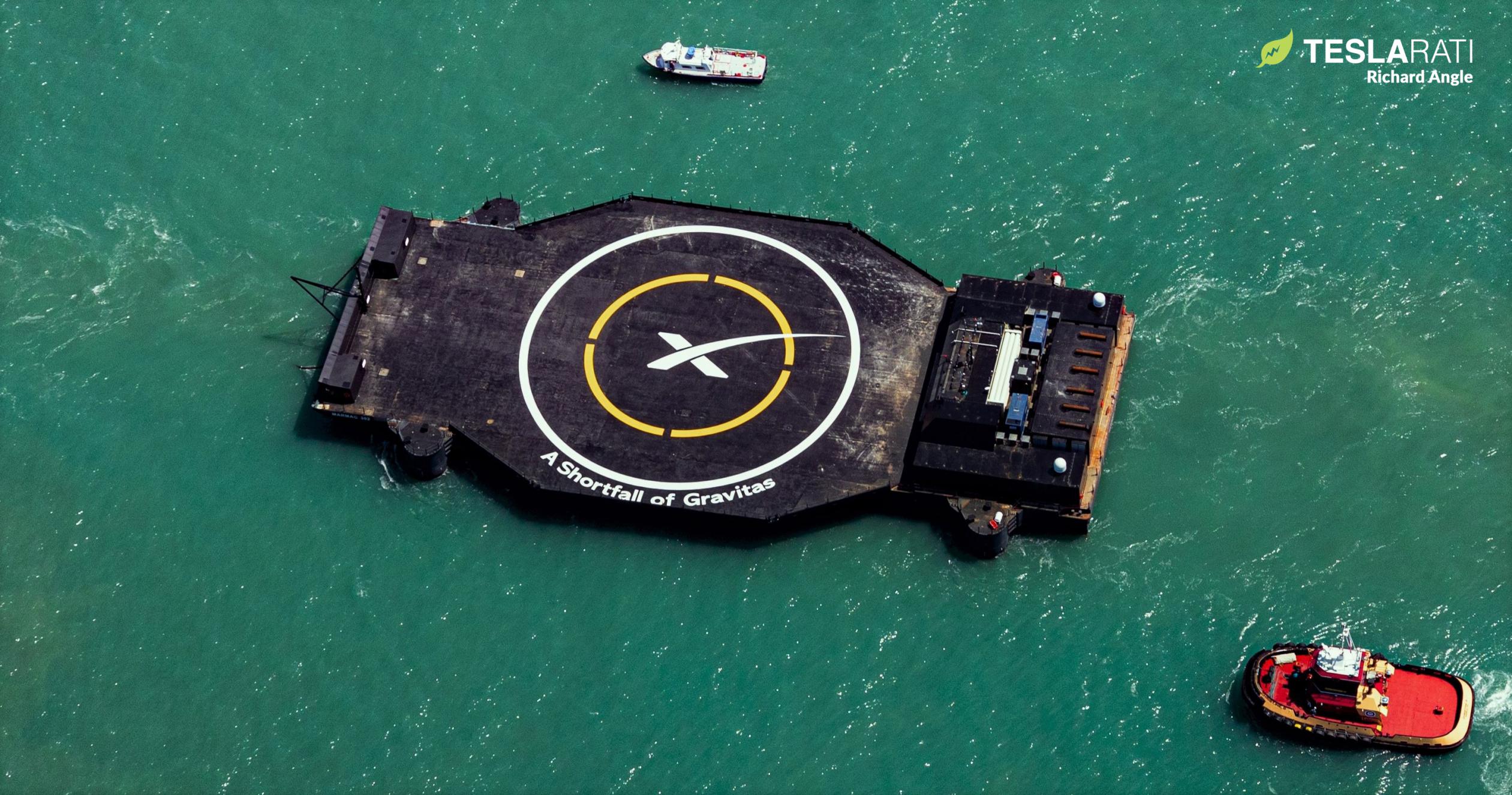 SpaceX’s newest drone ship is on its way out into the Atlantic Ocean for a Starlink mission that will break the company’s record for annual launch cadence.

Somewhat confusing known as Starlink Shell 4 Launch 3 or Starlink 4-3, the batch of 53 laser-linked V1.5 satellites is scheduled to fly before Starlink 4-2 for unknown reasons and at the same time as Starlink 2-3 is scheduled to fly before Starlink 2-2 on the West Coast. Regardless of the seemingly unstable launch order, perhaps related to the recent introduction of Starlink’s new V1.5 satellite design, drone ship A Shortfall of Gravitas’ (ASOG) November 27th Port Canaveral confirms that SpaceX is more or less on track to launch Starlink 4-3 no earlier than (NET) 6:20 pm EST (23:20 UTC) on Wednesday, December 1st.

In a bit of a return to stride after launching 20 times in the first six months but only three times in the entire third quarter of 2021, Starlink 4-3 is currently the first of four or even five SpaceX launches scheduled in the last month of the year. Nevertheless, if Starlink 4-3 is successful, it will also set SpaceX up to cross a milestone unprecedented in the history of satellite launches.

Thanks to Starlink, 2020 was the first year in history in which more than a thousand satellites (technically 1283) were launched into orbit. Now, in 2021, there’s a good chance that SpaceX Starlink launches alone will account for more than a thousand satellites launched in one year. Altogether, SpaceX will likely end the year having singlehandedly launched a total of more than 1240 satellites in 2021 – and despite only completing 3-4 Starlink launches in the last seven months of the year compared to 13 in the first five months.

With a bit less than 1700 Starlink satellites currently functioning in orbit, even if SpaceX merely repeats its 2021 cadence, it will be on track to outright finish Starlink’s first 4400-satellite phase by mid-2024 and should easily cross the halfway mark by mid-2022 – years ahead of schedule for both. However, simultaneously hitting Starlink’s very low Earth orbit (VLEO) deployment milestones will still be a massive challenge. Given that SpaceX has yet to launch a single VLEO Starlink spacecraft three years after license approval, it now has less than three years to launch ~3750 VLEO satellites on top of at least 500 more LEO satellites.

If SpaceX can replicate its H1 2021 Starlink launch cadence throughout 2022, completing at least 26 launches in 52 weeks, it may actually have a shot at pulling off a cadence close to what is needed to meet its FCC deployment requirements (an average of 1400 satellites per year for the next three years). If SpaceX simply aims for the average annual numbers needed to complete the full ~11,900-satellite Starlink constellation by November 2027, it will need to launch around 1800-2000 satellites per year – equivalent to 35-40 Falcon 9 rockets.