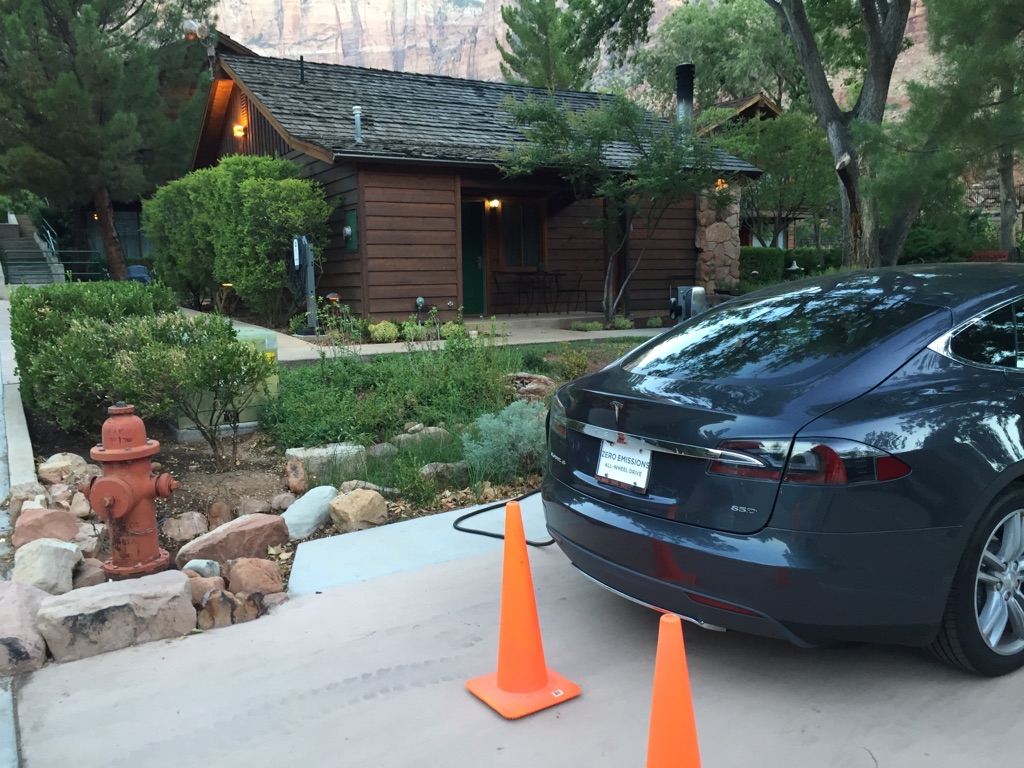 Tesla’s partnership with home-sharing service Airbnb, to install destination chargers in select host homes, have opened new doors of opportunity between the two companies. With one month left before Tesla and  SolarCity shareholders vote on their proposed merger, SolarCity announced through a press release that it will be teaming up with Airbnb on an incentive program that offers a $1,000 discount for hosts to install a SolarCity solar system onto their homes.

Airbnb hosts and members: Install a solar generation system, and receive a $1000 discount through SolarCity.

SolarCity customers: You have a $100 travel credit waiting for you for future Airbnb bookings.

Airbnb’s Head of Global Policy Chris Lehane shared the company’s philosophy about pairing up with SolarCity. “We are indeed that climate friendly travel option that we believe guests are looking for,” he said. He added that their customers place a high value on lowering their environmental footprint, and Airbnb customers, in particular, are looking for places to stay that understand the importance of joining in with others who share the belief that clean renewable decentralized energy is necessary for the future success of the planet.

LeHane noted that Airbnb currently has already proven itself to be a leader in the environmental travel industry in the U.S.

Airbnb is part of what is known as the “sharing economy,” which was inspired by a series of factors including the 2009 global economic crisis, millennial environmental focus, and the acceptance of social media as a serious information source. The numbers of people who now participate in the sharing economy are quite significant.  With 100 million users, 640,000 hosts, and 2.3 million listings, Airbnb is the role model for other sharing economy businesses.

SolarCity, too, is an innovator that sets industry standards. Its business is a litany of renewable energy services such as solar energy products and services. It offers installation, ongoing monitoring, and repair services of solar energy systems in the U.S. and also provides services to homeowners, businesses, schools, non-profits and government organizations.

“The great majority of our customers go solar with absolutely no money out of pocket,” related SolarCity President of Global Sales Toby Corey.  He explained that SolarCity surveys the business market, looking for programs and partnerships that allow it to alleviate expenditures for potential customers. A majority of SolarCity customers don’t put money down on installation financing plans, so the $1,000 credit from the Airbnb venture will be applied to their payback.  That means the overall repayment period will be reduced.

SolarCity operates in 19 states currently, which means Airbnb members in any of those U.S. markets can take advantage of the program. With 300,000 customers, SolarCity can help Airbnb to harness the millennial market, a target audience for most sharing economy business and one that both SolarCity and Airbnb hope to call their own. As reported on Ecoprenteurist, millennials make up a significant portion of today’s target business audience. Millennials are the 2 billion people born between the early 1980s and 2000. 81% of millennials believe business has a key role to play in achieving the Sustainable Development Goals (SDGs), the guiding business practices shaped by world leaders from 193 nations as outcome from the COP21 summit in Paris.