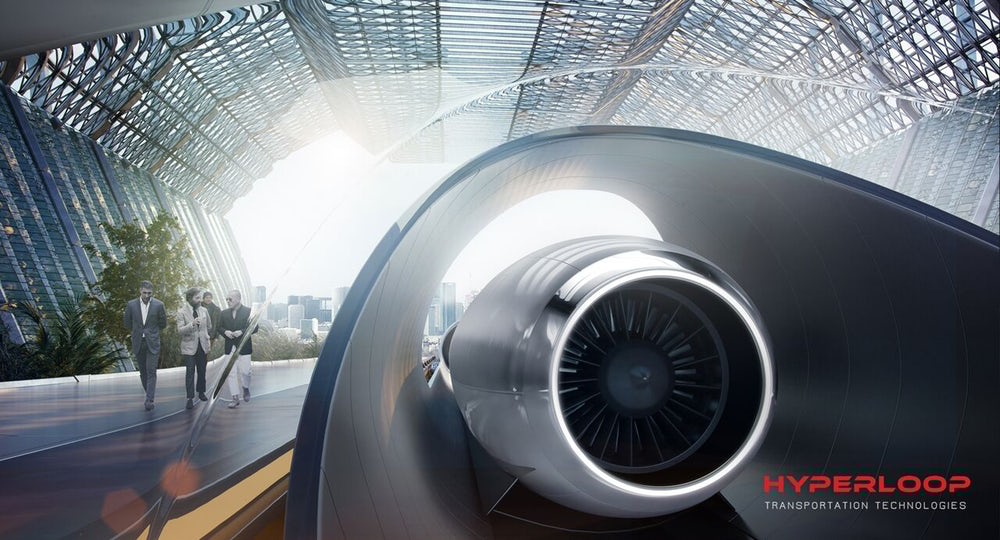 South Korea strikes deal to get its own 200-mile Hyperloop

Hyperloop Transportation Technologies (HTT) has forged a deal to make a near-supersonic train in South Korea.

The train would go from Seoul to Busan, a roughly 200 mile expedition. South Korean officials have previously stated that their goal is to have a Hyperloop that goes about 620 mph, making the 200 mile journey between the cities last for about 20 minutes. To put it in an American perspective, the Hyperloop being discussed in South Korea could take someone from Los Angeles to San Francisco — an over 380 mile journey — in roughly half an hour, which would knock more than 5 hours off the current commute time.

Hyperloop uses magnetic levitation in low-pressure tubes to transport people and goods at bullet-like speeds. Elon Musk first floated the Hyperloop idea in 2013, although he has no stake in HTT or its primary competitor, Hyperloop One.

HTT  made the deal with South Korea’s department of technological innovation and infrastructure, along with the Korea Institute of Civil Engineering and Building (KICT) and Hanyang University. It will include licensing and research development of the tube infrastructure and safety platform, a full-scale test track, and access to HTT’s levitation, propulsion, and battery technology as well as passenger experience designs, according to CNBC.

In terms of the finances and timeline, CEO Dirk Ahlborn doesn’t seem too rushed to throw down any numbers.

“We haven’t defined the specifics yet. We are in the process of knowledge sharing. We had first talks about the different areas of co-development. It’s not set in stone yet,” Ahlborn told CNBC in a phone interview.

Whether it be above-ground transportation like Hyperloop or underground tubes like Musk’s Boring Co., this all seems to indicate that tubular transportation is the wave of the future.

“Tube travel changes the way people live and move, it has the opportunity to unite people,” said Tai Sik Lee, KICT President, according to New Atlas. “The Republic of Korea continues its tradition of technological advancement and innovation by bringing this technology to life, the government has allocated the necessary resources, we finalized our preliminary research and now are getting ready to implement.”

South Korea strikes deal to get its own 200-mile Hyperloop