Elon Musk’s vision for an electric-powered elevator that would transport vehicles to and from a network of cost-effective, high-speed underground tunnels is quickly taking shape near SpaceX’s Hawthorne, CA headquarters.

The Boring Company released new images revealing a freshly painted tunnel in white and a shaft that’s being constructed on a private lot at 120th Street and Prairie Avenue, roughly at the halfway point of the tunneling startup’s underground 2-mile test tunnel. Dubbed O’Leary Station after Patrick O’Leary, a 13-year SpaceX veteran who transitioned in 2017 to become Structures Engineering Designer for The Boring Company, the location is part of a proof-of-concept that aims to demonstrate the efficiency of lowering vehicles into transportation systems, perhaps directly from a vehicle owner’s home garage.

It’s all part of Musk’s grander vision to counter “soul-destroying traffic”, where people either drive their vehicles or are lowered into underground tunnels in Urban Loop pods and then transported at high speed on electric skates. Prior to gaining permission from Hawthorne’s city council for the construction of a “Loop Lift” garage-elevator system at the SpaceX-adjacent testing grounds, The Boring Company highlighted the progress of development for its subterranean, electric transport system by sharing a video of a Tesla Model X being whisked away underground. 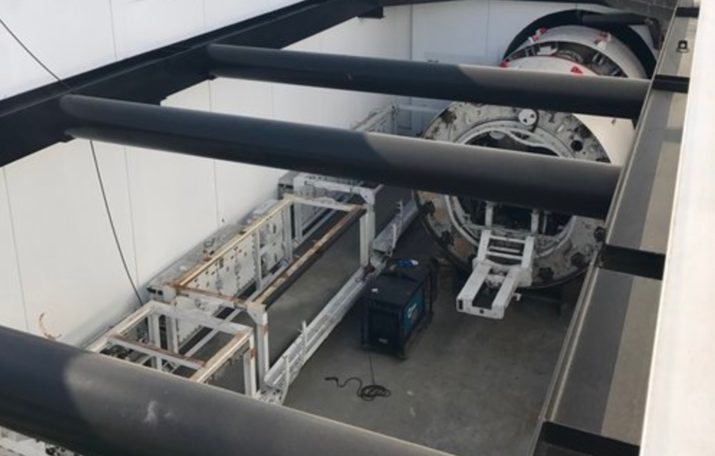 The Boring Company has not only broken ground on its second phase in Los Angeles, but also is close to completing the first elevator depicted in a concept video last month. The system could cut 45 minute drives into five minutes. Source: The Boring Company 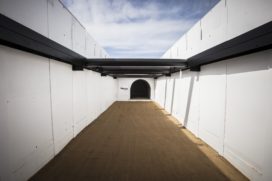 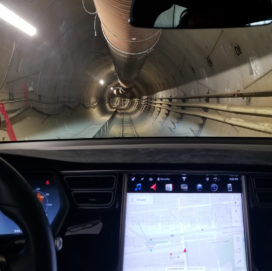 The tunneling startup began construction of a tunnel entrance located directly across the street from SpaceX headquarters – Crenshaw Boulevard – in 2017. Not long after, a video showing a Tesla being lowered into the ground and images showing continued development of the tunnel walls pointed towards rapid progress at the test site. More importantly, ongoing research and development in the project would pave the way for future initiatives across the U.S., as the company looked to secure regulatory approval for city-scale projects in major metros like Chicago, New York, Philadelphia, and Baltimore.

Updated October 21, 2018: Shortly after we published this story, Elon Musk took to Twitter to confirm that The Boring Company is near completion of its first tunnel and will be holding a Boring Co. opening event on Monday, December 10, 2018.

The Boring Company’s recently shared photos are a good indicator that the various components in its proof-of-concept project are starting to come together. The photo of the 20-plus-ft-in-diameter hole in the ground, or tunnel shaft, is in the same residential location where Teslarati photographers Pauline Acalin and Tom Cross recently spotted excavation taking place. The location, now understood to be O’Leary Station, will be the site for The Boring Company’s “garage-elevator” concept, as well as a more convenient point access for maintenance and eventually the permanent removal of tunnel boring machine (TBM) segments. 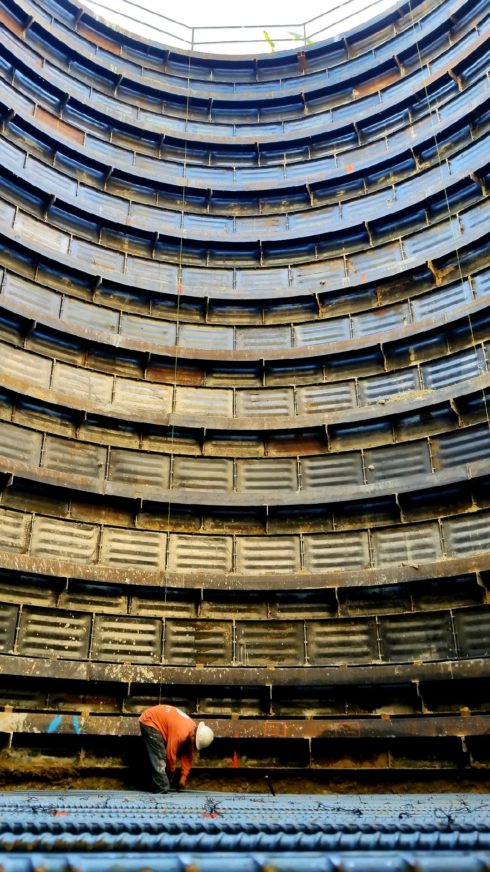 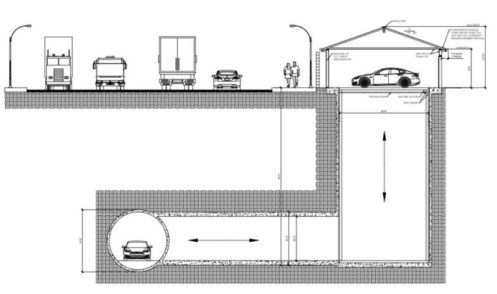 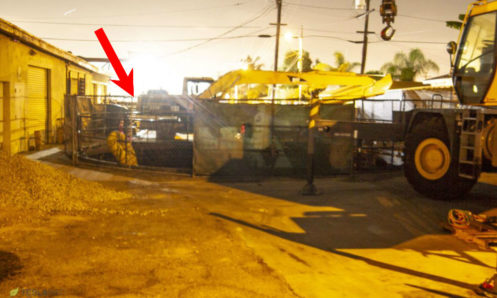 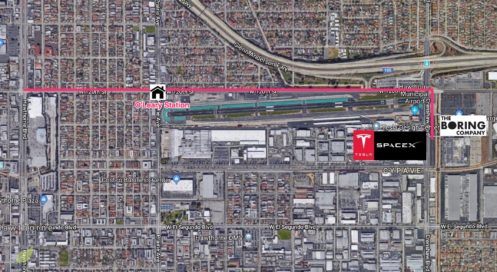 The concept elevator when complete will not be open to the public but instead used as an internal testbed for moving vehicles in and out of the private residence, which the company acquired. Cars would enter the tunnel from the SpaceX campus near Crenshaw Boulevard, move through the tunnel and on to the garage at O’Leary Station and then back to headquarters.

“It’s an important part of the longer-term vision the company is trying to build,” said The Boring Company spokesperson Jane Labanowski.

Before and after photos of the underground tunnel, which will be used to zip vehicles on platforms powered by electric motors, show a freshly painted inner wall in white. 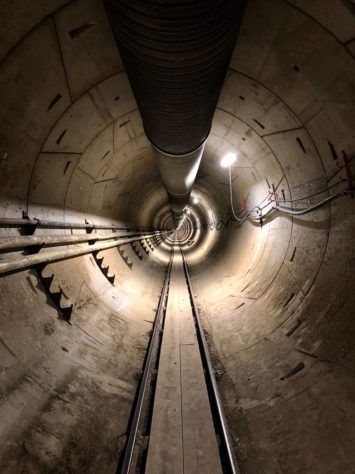 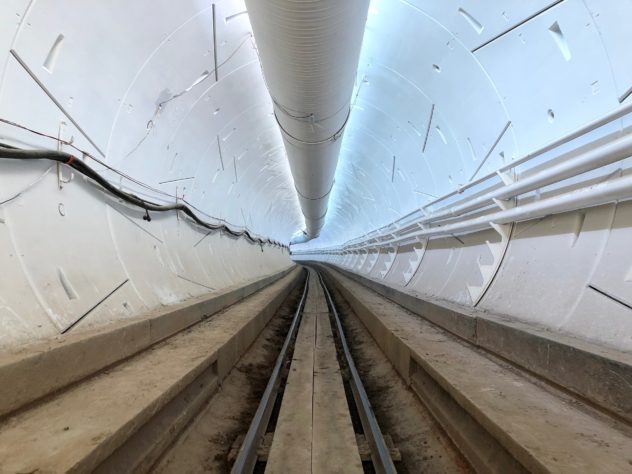 The Boring Company looks to extend its tunneling project into the west side of Los Angeles and apply learnings from its test tunnel and streamline the process for tunnel building. Unlike traditional underground tunnels for passenger vehicles, Boring Co.’s tunnels will be smaller and able to maintain a vacuum in order to support Hyperloop transportation. Reducing the tunnel diameter by 50% will also reduce the cross-sectional area of the tunnel by a factor of four.

Musk noted in his speech at TED2017 that having a smaller tunnel just large enough for a vehicle will cut 75% of the time associated with digging, thereby introducing significant cost savings. The Boring Company’s tunnel boring machine will also look to install tunnel walls continuously while it digs, thus eliminating the need to pause operations and speeding up the process entirely.