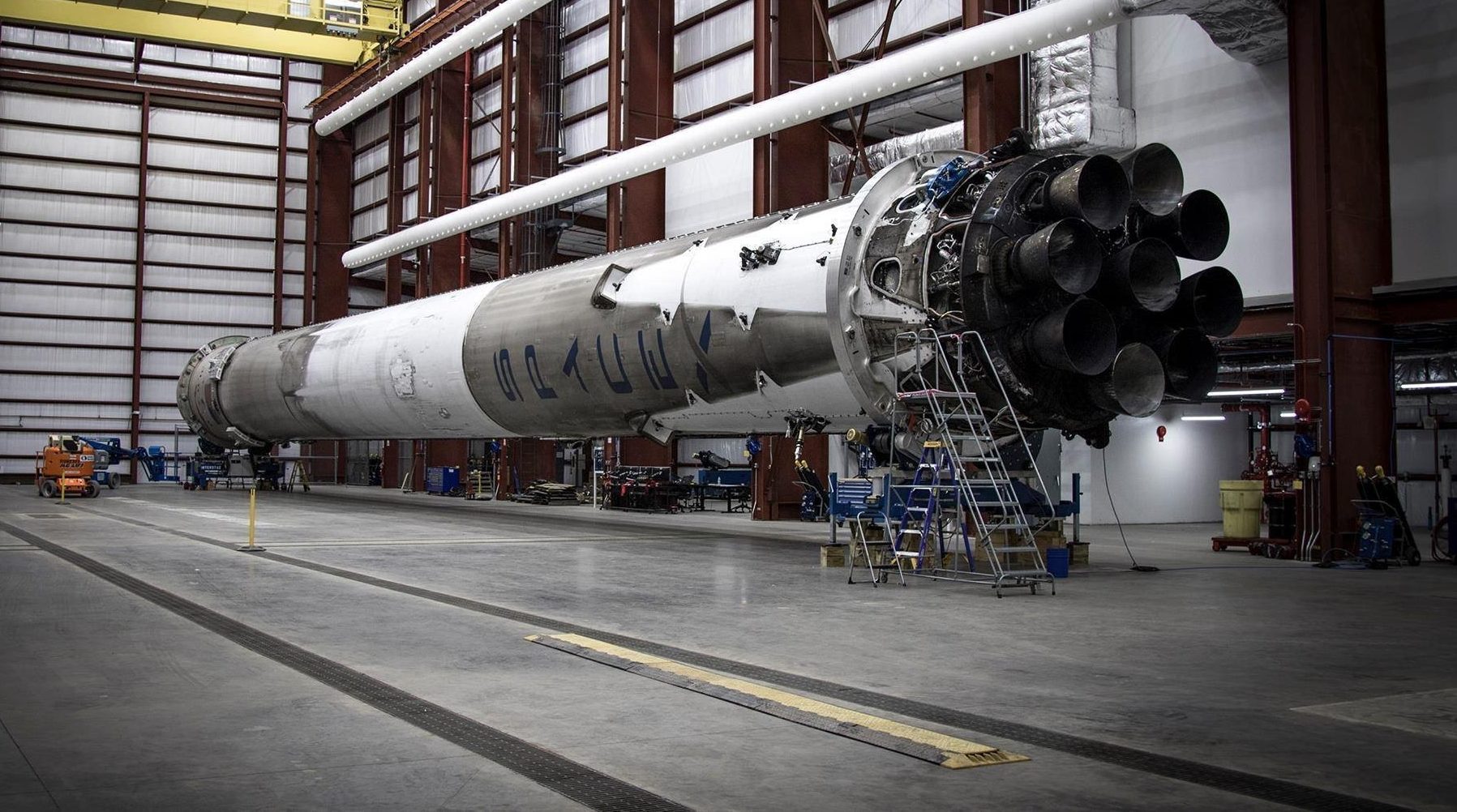 All things considered, such an investment would be an extremely savvy move for the state, potentially speeding up an expansion that will pave the way – quite literally in terms of infrastructure — for SpaceX to support a dramatically larger launch cadence in Florida. Writing in an environmental assessment (EA) for the Richards Road project discovered in early June, the company provided a rough estimate for what that growth could look like:

“SpaceX estimates a possible 150 construction jobs associated with the initial development of the Proposed Action, and approximately 70 new SpaceX employees to support additional operations on KSC. SpaceX plans to launch more than 4,000 satellites with the intention that most of these satellites will be launched from LC-39A and LC-40.” (p. 39) 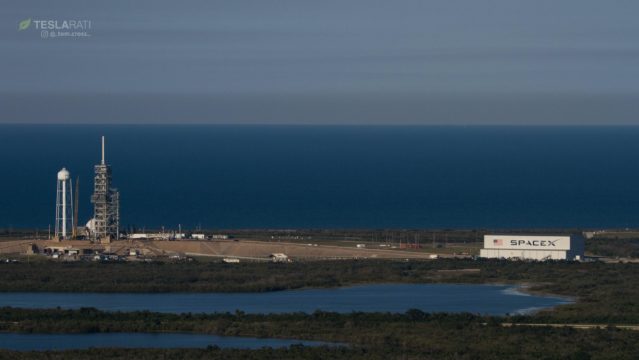 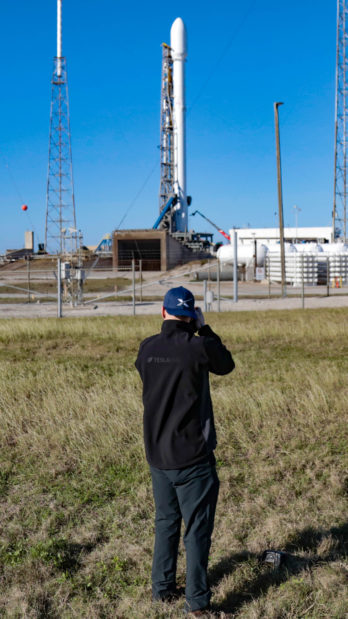 TomCross photographing Falcon 9 with the Zuma payload at SLC-40.

In the case of “most” of “more than 4,000 satellites” being launched from Florida, SpaceX is undoubtedly referring to the first phase of their Starlink internet constellation, a program that is also rapidly growing an R&D team to complete the system’s production-ready design and build a state-of-the-art factory for the vast majority of the network’s major components. For context, 70-90 additional new employees would grow SpaceX’s Florida presence by as much as 20-30% from 2018 levels.

Teslarati reached out to SpaceX for further clarification on the Starlink-related comments in the EA, but the company could not be reached for comment on the matter. However, SpaceX was later able to provide a statement on their prospective Richards Road expansion, reprinted below.

“As SpaceX’s launch cadence and manifest for missions from Florida continues to grow, we are seeking to expand our capabilities and streamline operations to launch, land and re-fly our Falcon family of rockets.”

It’s worth noting that SpaceX President and COO Gwynne Shotwell told CNBC reporters in May 2018 that the company expected 2019 to look more like 2017 (18 launches), suggesting that next year will likely be 30-50% slower than its busy 2018 launch schedule. Although the COO did state that “2019 [will] probably be closer to 2017 due to lower demand”, she didn’t explicitly include non-commercial launches in her figuring. 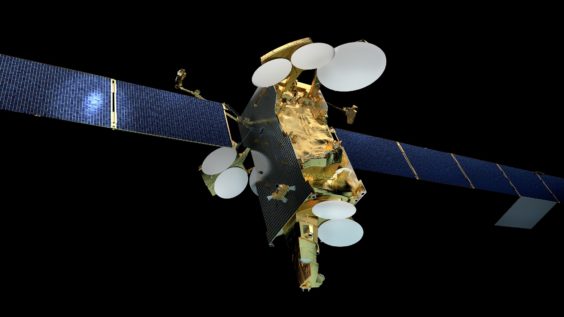 While SpaceX’s 2018 manifest is likely to support more annual launches than the company has yet to achieve, the trend slopes a bit down in the 12-24 months that follow. The SES-12 satellite is shown here and was launched in June 2018. (SES) 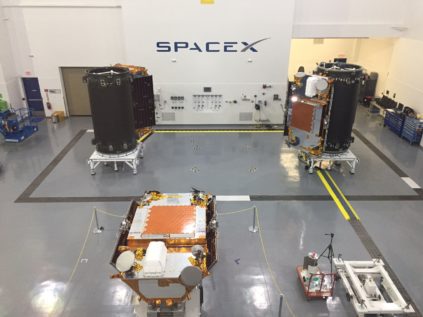 Iridium NEXT satellites being attached to the payload dispenser at SpaceX’s VAFB facilities. Iridium’s contract for eight launches should be completed by Q4 2018. (Iridium)

Combined with SpaceX’s official statement that its Florida manifest “continues to grow”, an observation that at face-value plainly contradicts the Chief Operating Officer’s on-record estimations, it seems almost impossible that that manifest growth is not largely a consequence of internal plans to dedicate a number of launches to Starlink satellites. As of June 2018, crowdsourced SpaceX launch manifests show a total of 20 possible launches in 2019 and 12 in 2020 – while plausible that a number of additional missions will be contracted or publicly announced as time marches on, it’s somewhat less plausible that those missions will push SpaceX’s commercial launch demand up to or above 2018 levels (24-28 launches).

Starlink launches thus make sense as a gap-filler for the one or two demand-sapped years likely to follow 2018, too near for SpaceX’s reusability-associated launch price drops to make a difference and too early for the company’s full-reusable BFR to come online. Rather conveniently, the production of roughly 12 new Block 5 Falcon 9s and Heavies per year would almost certainly keep all of SpaceX’s rocket manufacturing facilities busy, while also leaving an unfathomably vast fleet of stagnant Block 5 boosters (and hopefully payload fairings) available for any internal missions required by the Starlink program. If Patricia Cooper’s late-2017 statements are still roughly true today, SpaceX plans to begin the first dedicated launches of operational Starlink satellites in 2019, perfectly coinciding with their publicly anticipated lull in commercial launch demand.

Although it does depend on an extraordinarily rapid and successful ramp of the Starlink program, the paradoxical opportunity presented to SpaceX by launch demand lulls in 2019 and 2020 is hard to deny. Around the same time, one would expect the market for launches to begin to seriously respond to the arrival of a new, more affordable paradigm of orbital access, potentially culminating in an unprecedented demand for commercial launches as the price of entry begins to drop appreciably.