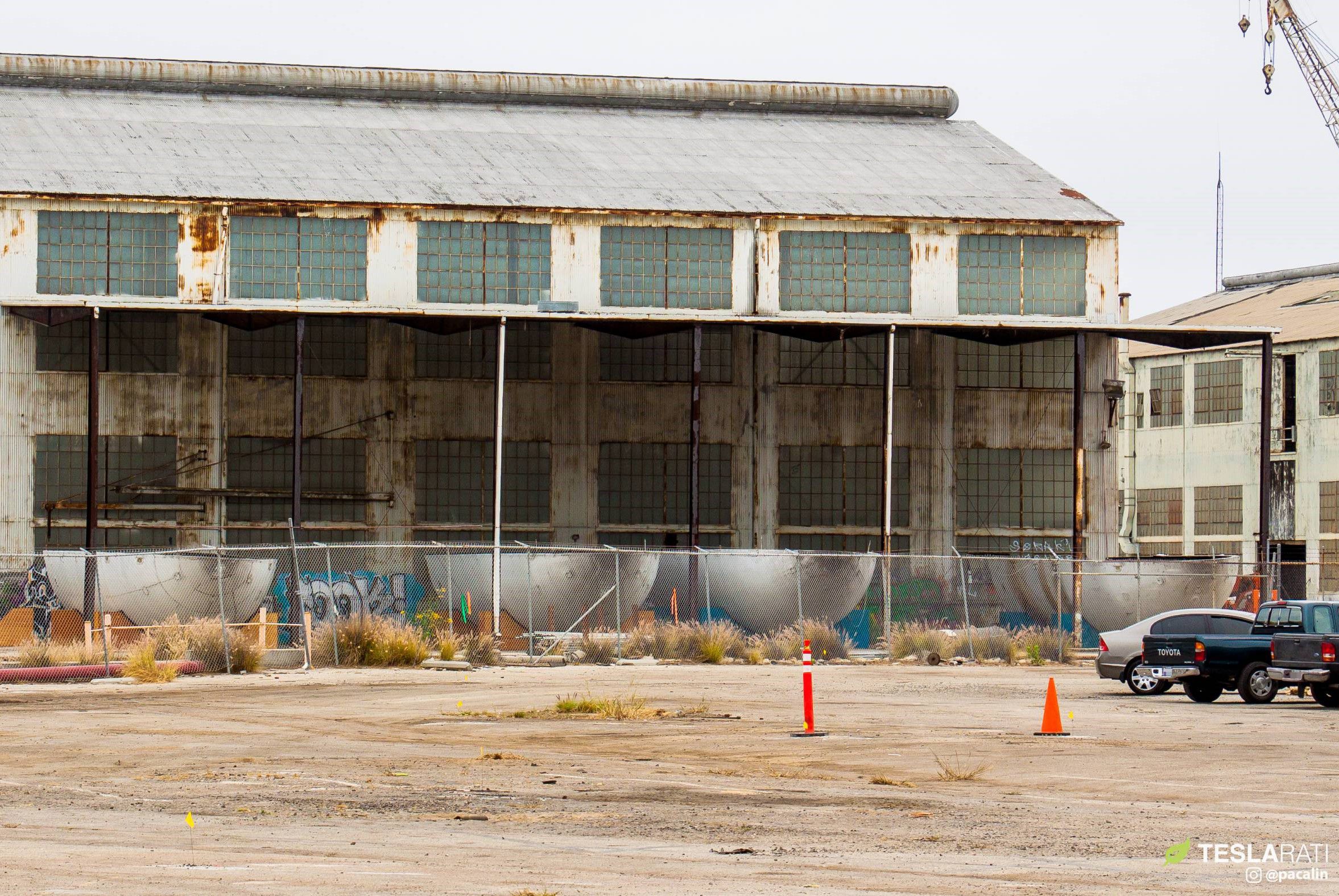 While it’s difficult to guess exactly which fairing half is which, it appears that the halves from PAZ, Iridium-5, and Iridium-6 are present and accounted for. Reminiscent of SpaceX’s late-2016, early-2017 struggles with finding enough space to store their massive flight-proven Falcon 9 boosters, these fairing halves are unable to be reused as a consequence of too much saltwater exposure, making it significantly easier for the company to effectively find any old plot of SpaceX land on which to store them.

A massive panorama of Berth 240 shows the abandoned shipyard in all its gritty glory, as well as initial construction preparations underway. (Pauline Acalin)

Officially in early 2018, SpaceX is leasing Berth 240 with the explicit intent of constructing a dedicated facility for production of their first Mars rocket prototypes, as well as the relocation of Falcon 9 and Dragon recovery ops, which are quite space-constrained at their current berths. By all appearances, contractor Buntich is staging equipment ahead of initial demolition, refurbishment, and construction operations at Berth 240. Known predominately for pipeline and utility construction and refurbishment, it’s likely that the contractor is in the very early stages of modernizing the decades-abandoned shipyard, particularly, utilities like water, gas, electricity, and more. 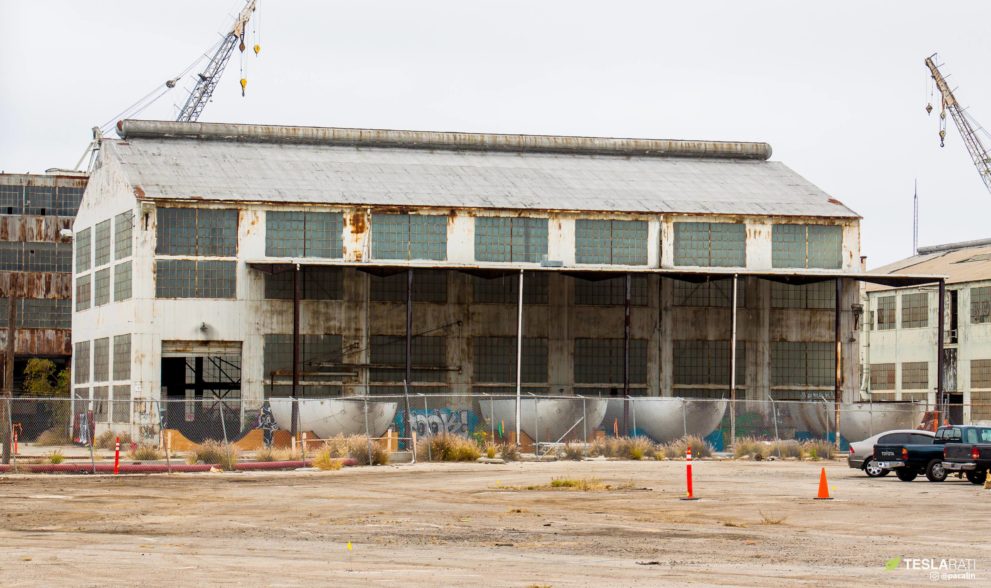 Less than a year after SpaceX quite literally scrapped its Port of San Pedro presence, the company is again in talks to build a Starship factory in California. (Pauline Acalin)

It may be fairly clear why SpaceX is storing four massive, unwieldy, and unreusable Falcon 9 fairing halves at Berth 240, but it’s much less clear what exactly their fates will be. With yet another added to the pack just this morning after a successful half recovery post-SES-12, SpaceX’s awkward fairing fleet is likely up to six structurally-intact halves now. These halves could be used for drop testing to perfect fairing recovery accuracy and ensure, at long last, that recovery vessel and claw-boat Mr Steven can catch them out of the air, avoiding the vast majority of exposure to seawater. SpaceX CEO Elon Musk recently noted that Mr Steven’s net would apparently be massively expanded, quadrupling its area to relieve some of the burdens of precision currently placed almost entirely on each payload fairing’s navigational capabilities.

Yup, we are extending the net area by a factor of 4

Whether drop testing will actually be conducted is thus unclear, as a decision to expand Mr Steven’s net at least partially indicates that SpaceX engineers are less confident in the each half’s ability to reduce their margins of error by approximately 50%. A quadrupling of usable area implies that Mr Steven’s net will most likely be stretched twofold length-wise and width-wise, or perhaps by 50% for the width and 150% for the length to avoid a need for either an elaborate arm retraction mechanism or a comically unwieldy net.

Either way, Mr Steven’s next fairing catch attempt is unlikely to occur until the Falcon 9 Block 5 launch of Iridium-7, currently no earlier than mid-July. This gives recovery engineers and technicians at least five weeks to refine fairing accuracy and expand Mr Steven’s net, and Pauline will undoubtedly be there to capture any significant developments aboard the eclectic vessel as both it and drone ship Just Read The Instructions prepare for a return to action. 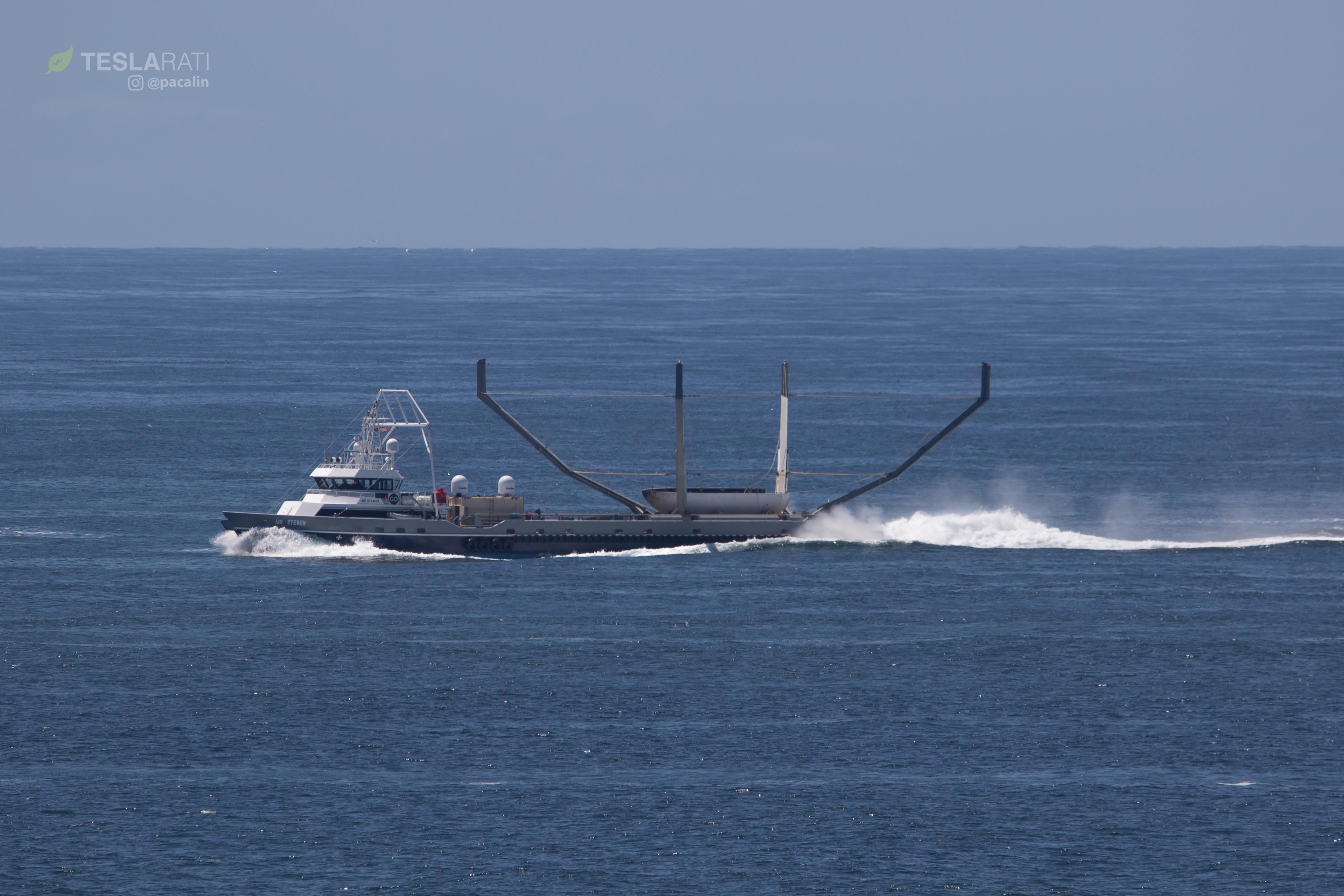 It’s difficult to imagine how Mr Steven’s already vast net could plausibly be expanded by a factor of two in each dimension. I certainly can’t wait to see what that looks like! Fairing aboard, Mr Steven performed rapid turns and high-speed sprints with the fairing half aboard. (Pauline Acalin)