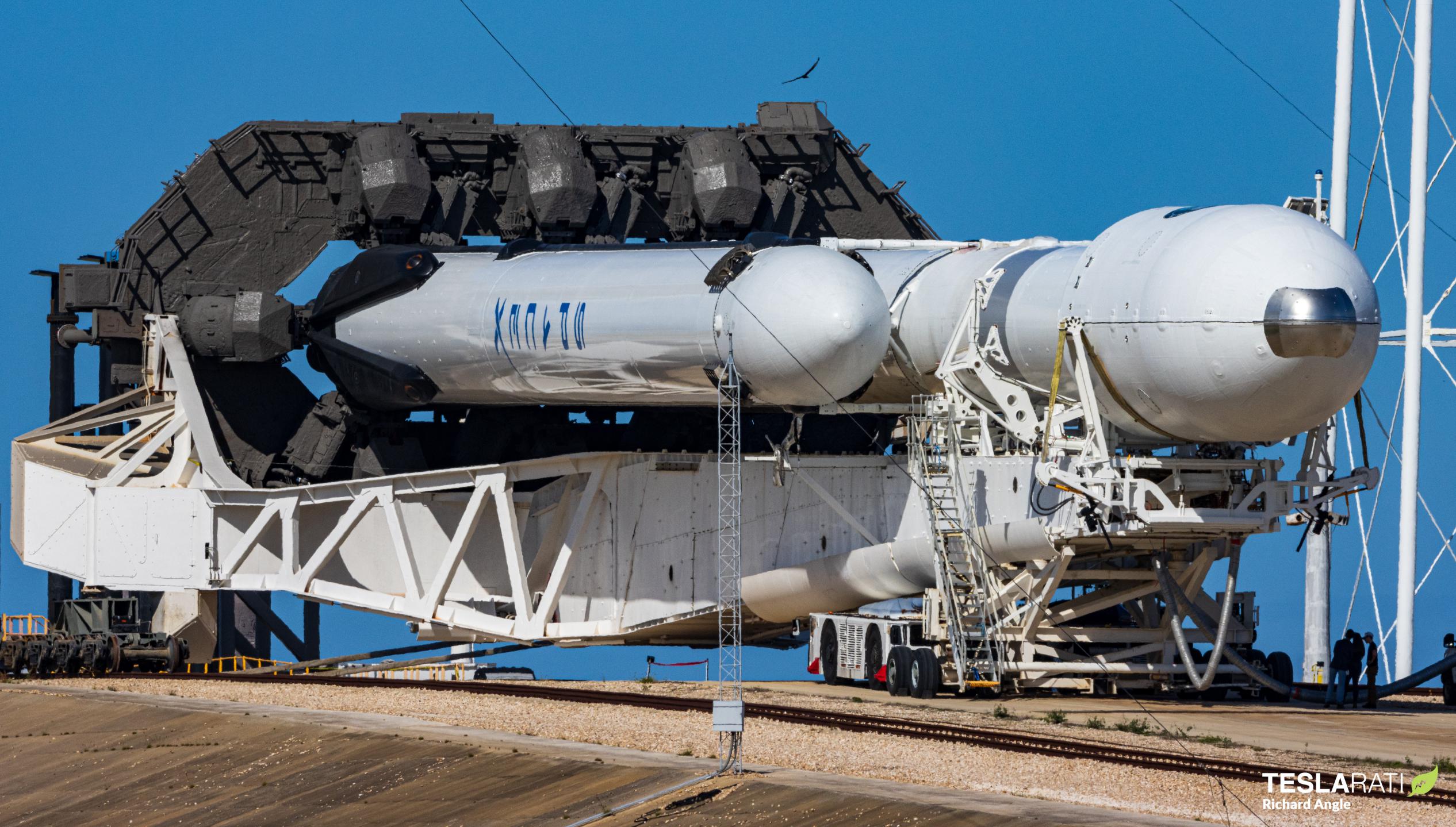 SpaceX gears up for busy year of Falcon Heavy launches

SpaceX is targeting no earlier than January 12th for the fifth launch of Falcon Heavy, the largest and most powerful commercial rocket in the world.

As was the case for the rocket’s third and fourth launches, the main customer behind its fifth launch is the US military. Deemed USSF-67, the mission is also expected to be very similar to Falcon Heavy’s most recent launch, USSF-44. That mission saw the massive SpaceX rocket complete its first direct launch to a geosynchronous orbit ~36,000 kilometers (~22,250 mi) above Earth’s surface, where it deployed a pair of spacecraft carrying several rideshare payloads and satellites. Save for the possibility that the US Space Force included secret payloads on USSF-44, the mission appeared to be more of a rocket test and loose collection of experiments than a major military launch.

USSF-67 will likely be similar. According to the US Space Systems Command (SSC), USSF-67 – like USSF-44 – will carry an Aerojet Rocketdyne Long Duration Propulsive EELV (LPDE) spacecraft as a main payload. Aboard LPDE-3A, which is essentially a satellite without a payload, various stakeholders will install an unknown number of experiments, instruments, and smaller satellites that can be activated or deployed once in orbit. The SSC says [PDF] that “LDPE provides critical data to inform future Space Force programs” and that “the unique experiments and prototype payloads hosted on LDPE-3A [will] advance warfighting capabilities in the areas of on-orbit threat assessment, space hazard detection, and space domain awareness.”

The mission will be Falcon Heavy’s second launch since June 2019 and is scheduled to lift off 72 days after the rocket’s USSF-44 launch, which finally ended its unplanned 1225-day hiatus. The schedule is reminiscent of 2019, when SpaceX launched its second and third Falcon Heavy rockets 75 days apart. The second of those two missions (STP-2) was primarily a test flight for the US Air Force (now the Space Force) meant to both push Falcon Heavy to its limits with a complex trajectory and demonstrate Falcon booster reusability. To accomplish the latter goal, STP-2 reused two of the three Falcon Heavy boosters that supported the rocket’s Arabsat 6A communications satellite launch two months prior. USSF-67 will also reuse both of USSF-44’s Falcon Heavy side boosters.

STP-2 was ultimately a near-flawless success, but endless payload delays left Falcon Heavy with nothing to launch for more than three years. Following its return to flight in late 2022, Falcon Heavy may finally be able to properly stretch its wings in 2023. Of course, this isn’t the first time that’s appeared to be the case. In February 2021, there were many signs that SpaceX was preparing to launch Falcon Heavy in mid-2021. And in late 2021, there were strong signs that SpaceX customers were on track for up to five Falcon Heavy launches in 2022.

Now, for the second time, there are five Falcon Heavy rockets tentatively scheduled to launch this year (2023). But the situation is not identical. Numerous long-delayed payloads like the first ViaSat-3 and Jupiter-3 satellites and the US military’s mysterious USSF-67 and USSF-52 spacecraft are finally on the cusp of crossing their respective finish lines. NASA’s Psyche asteroid explorer spacecraft has also survived a continuation review after running into major software issues that precluded a 2022 launch attempt. And Falcon Heavy finally launched USSF-44 – a chronically delayed mission – in November 2022.

Additionally, four of those five Falcon Heavy launches are tentatively scheduled in the first half of 2023, leaving plenty of margin for major delays in the second half of the year. But until ViaSat-3, Jupiter-3, and USSF-52 actually arrive in Florida and until NASA explicitly confirms that Psyche’s technical issues are resolved, any launch targets should be treated with extreme skepticism.

USSF-67 is thankfully much less uncertain. Like Arabsat 6A and STP-2, USSF-67 will reuse both of the Falcon Heavy side boosters recovered after USSF-44. Mirroring USSF-44, SpaceX will also intentionally expend Falcon Heavy’s new center booster to launch USSF-67 directly to geosynchronous orbit. Most importantly, LPDE-3A – the only confirmed USSF-67 payload – arrived in Florida in November 2022. USSF-67 prelaunch operations are currently running a day or two behind schedule relative to USSF-44, but all evidence indicates that the mission is on track to launch sometime in January 2023.

SpaceX gears up for busy year of Falcon Heavy launches