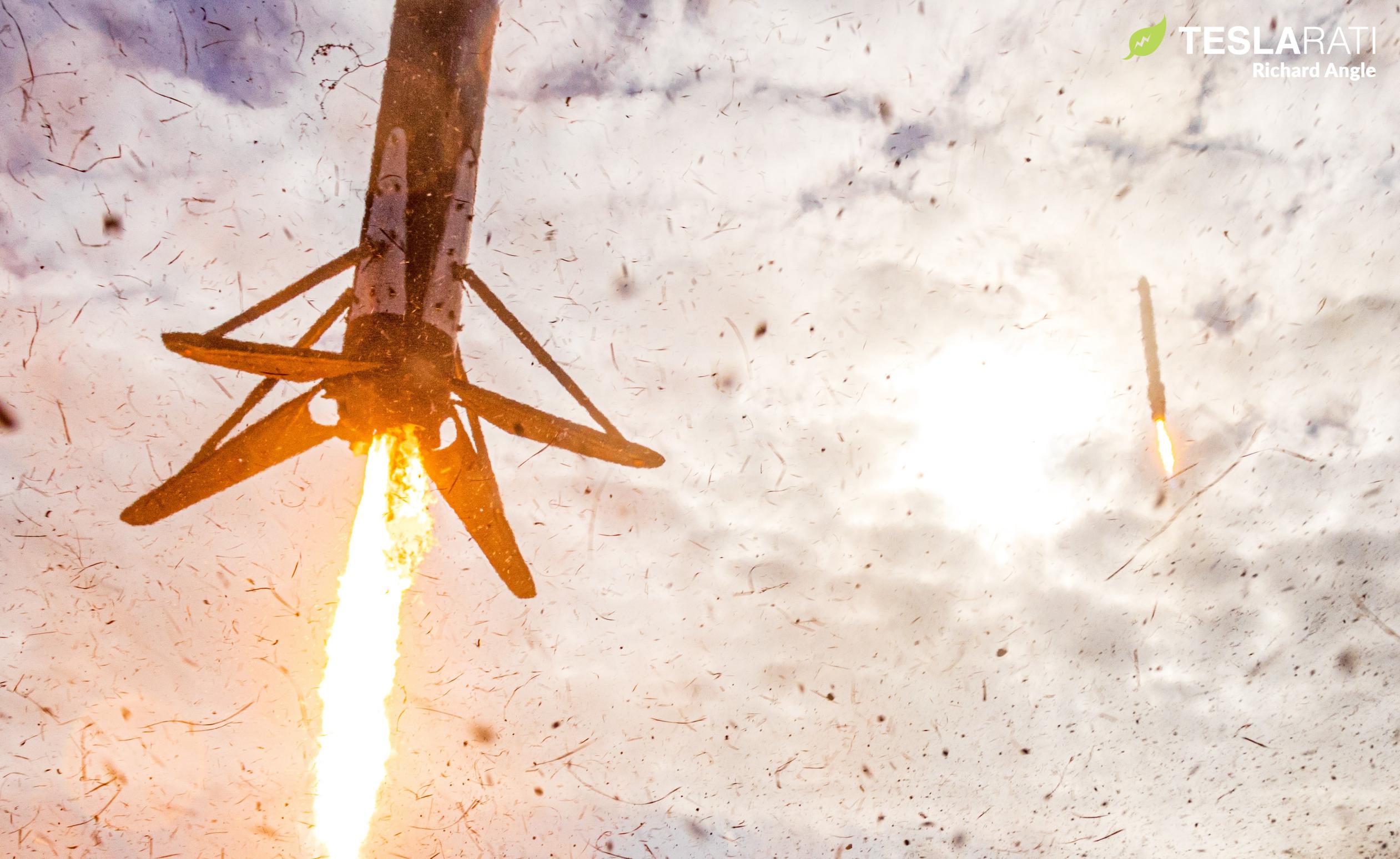 The success of the US Space Force’s USSF-44 mission means that SpaceX’s Falcon Heavy rocket is now one of just a handful of operational rockets in the world that has demonstrated the ability to launch satellites directly to geosynchronous orbit. More importantly, it’s one of just three US rockets with that established capability. The other two rockets – ULA’s Atlas V and Delta IV – will cease to be available for US military missions by the end of 2023, meaning that Falcon Heavy may briefly become the only rocket in the world able to launch certain US military missions until ULA’s next-generation Vulcan rocket is ready to prove itself.

SpaceX’s Falcon Heavy has continued a streak of successful dual-booster landings during its first attempted launch directly to geosynchronous orbit, a mission that was also the rocket’s first launch in more than three years.

Known as USSF-44 and initially scheduled to launch more than two years ago, the US Space Force mission finally lifted off on November 1st, 2022 after relentless payload delays. By mid-2021, the hardware required for SpaceX’s first Falcon Heavy launch since June 2019 – mainly three new first-stage boosters – had finished qualification testing and been shipped to Florida in anticipation of a late-2021 or early-2022 launch. That launch never came.

Only in November 2022 did most or all of USSF-44’s payloads finally come together, resulting in a gap of more than 40 months between Falcon Heavy launches as practically every other payload assigned to the rocket in the interim experience their own significant delays. Regardless, on November 1st, Falcon Heavy lifted off for the fourth time and performed flawlessly for the nine minutes the US Space Force allowed SpaceX’s webcast to continue.

Over the course of those nine minutes, Falcon Heavy’s twin side boosters – both flying for the first time – helped send the rest of the rocket on its way to space before separating from the center core, upper stage, and payload to boost back towards the Florida coast. Less than eight minutes after liftoff, they safely touched down seconds apart at SpaceX’s LZ-1 and LZ-2 landing zones. Lacking grid fins or landing legs, Falcon Heavy’s intentionally-expendable center core (middle booster) continued burning for another 90 seconds and only separated from the upper stage after reaching a speed of almost four kilometers per second (8,900 mph) – a new record for a SpaceX rocket booster.

The center core, B1066, was likely obliterated when it reentered Earth’s atmosphere traveling at approximately 50% of orbital velocity. Side boosters B1064 and B1065, however, will be rapidly refurbished for a “future US Space Force mission” that SpaceX – perhaps incorrectly – says could follow USSF-44 as early as “later this year.” Unless SpaceX has received an additional USSF launch contract in secret, the company’s next USSF mission appears to be USSF-67, which the US Space Systems Command reported could launch as early as January 2023 in their latest press release [PDF]. USSF-44 and USSF-67 are technically set to launch in the same US fiscal year but not the same calendar year.

USSF-44 is SpaceX’s first direct geosynchronous launch, meaning that Falcon Heavy is attempting to deliver the US military’s payloads to a circular geosynchronous orbit (GEO) approximately 36,000 kilometers (~22,400 mi) above Earth’s surface. “Geosynchronous” refers to the fact that a spacecraft’s orbital velocity matches Earth’s rotational velocity at that altitude, making it a popular destination for communications and Earth observation satellites that want to observe the same region of Earth all the time. Ordinarily, to simplify the rocket’s job, most GEO-bound satellites are launched into an elliptical geosynchronous or geostationary transfer orbit (GTO) and use their own propulsion to circularize that ellipse.

On a direct-to-GEO launch, the rocket does almost all of the work. After reaching a parking orbit in Low Earth Orbit (LEO), Falcon Heavy’s upper stage likely completed a second burn to geosynchronous transfer orbit. Then, while conducting a complex ballet of thermal management and tank pressure maintenance to prevent all of its cryogenic liquid oxygen (LOx) from boiling into gas and its refined kerosene (RP-1) from freezing into an unusable slush, the upper stage must coast ‘uphill’ for around five or six hours.

Over that journey from an altitude of about 300 kilometers to 36,000 kilometers, in addition to the above tasks, the upper stage must also survive passes through both of Earth’s radiation belts. At apogee, Falcon S2 must reignite its Merlin Vacuum engine for around one or two minutes to reach a circular geosynchronous orbit. Payload deployment will follow and could last anywhere from a few minutes to an hour. Finally, to be a dutiful space tenant, Falcon’s upper stage must complete at least one or two more burns to reach its final destination: a graveyard orbit a few hundred kilometers above GEO.

SpaceX’s third Falcon Heavy launch, a US Air Force mission called STP-2, was a partial dry-run of direct-to-GEO launch – albeit in low Earth orbit (LEO) instead of LEO, GTO, and GEO. During STP-2, Falcon Heavy’s upper stage completed four successful burns in three and a half hours. USSF-44 is significantly more challenging by most measures but not entirely outside of SpaceX’s range of experience. In addition to STP-2, Falcon 9 upper stages have conducted a few long-duration coast tests after completing unrelated primary missions.

In statements made to Spaceflight Now, the US Space Systems Command said that USSF-44’s two main payloads are a pair of propulsive kick stages and payload platforms, one – LDPE-2 – supplied by Northrop Grumman and the other – the “Shepherd Demonstration” – a mystery. LDPE-2 will reportedly carry three hosted payloads and deploy three rideshare satellites: likely two Lockheed Martin LINUSS-A cubesats and Millenium Space Systems’ TETRA-1. All three rideshare satellites are designed to demonstrate various new technologies, ranging from propulsion systems to avionics.