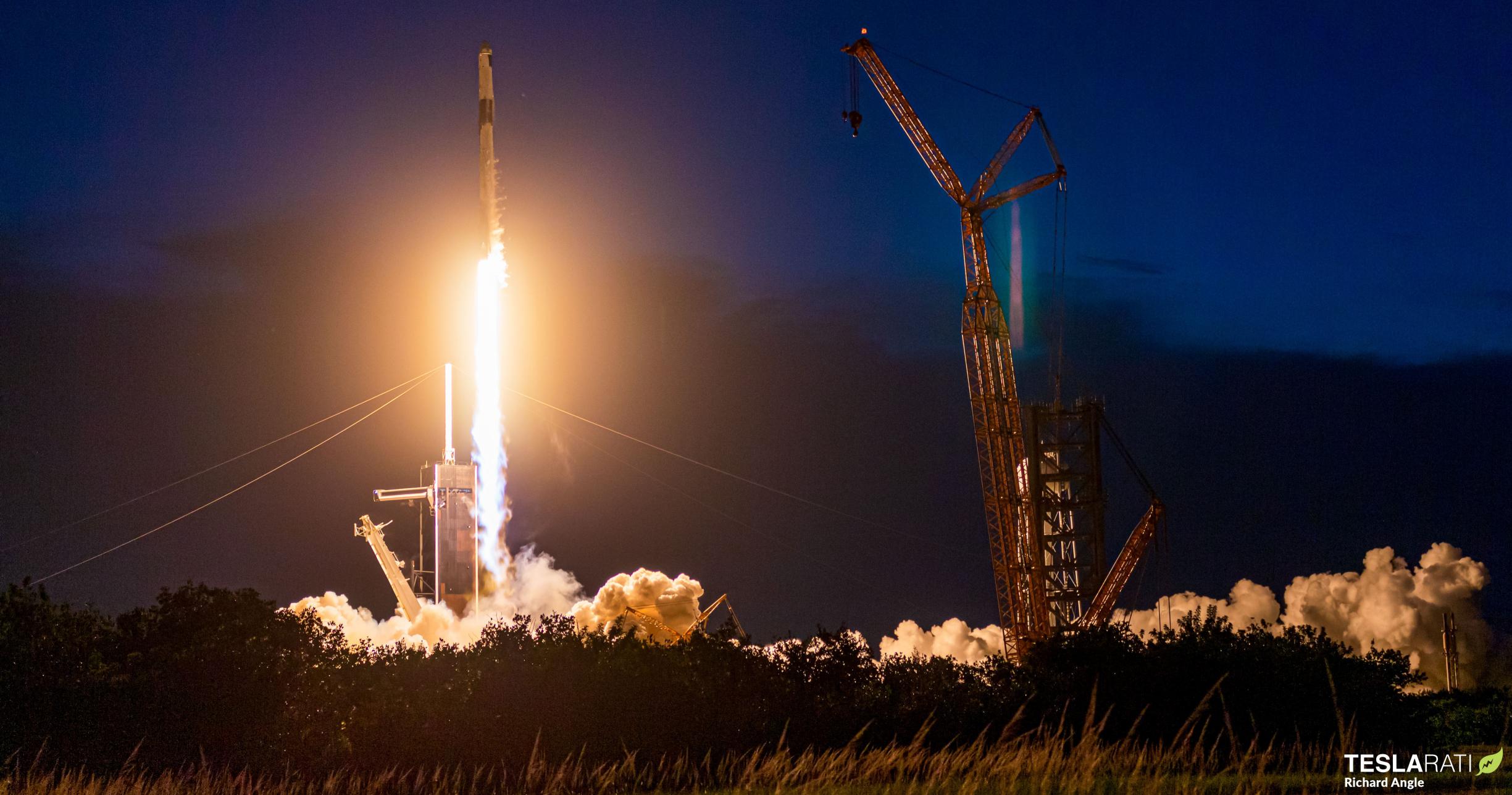 SpaceX sends Dragon to space station for 30th launch of 2022

SpaceX has successfully sent a Cargo Dragon spacecraft on its way to the International Space Station (ISS) as part of the company’s 30th launch this year.

A fuel leak spotted near one of Dragon’s Draco maneuvering thrusters delayed the mission from its original early-June launch target but SpaceX and NASA ultimately rectified the problem and cleared the spacecraft for flight earlier this week. Flying for the fifth time, Falcon 9 booster B1067 ultimately lifted off without issue at 8:44 pm EDT (00:44 UTC), carrying Cargo Dragon 2 capsule C208 on its way to space for the third time in a year and a half.

The booster completed a soft landing aboard drone ship A Shortfall Of Gravitas (ASOG) about nine minutes after liftoff, around the same time as Falcon 9’s upper stage reached orbit and shut down its lone Merlin Vacuum engine. A few minutes after that, Dragon separated from the rocket, came alive, and began a roughly 38-hour journey to the ISS.

CRS-25 was SpaceX’s 30th launch of 2022 and 38th launch in 35 weeks, continuing a streak of rapid-fire launches unprecedented for any modern launch vehicle. The mission was also SpaceX’s 136th consecutively successful Falcon 9 launch, ensuring that it remains perhaps the most statistically reliably rocket ever flown. Finally, CRS-25 was SpaceX’s seventh Falcon 9 launch since June 17th, setting a new record for the number of launches the rocket has completed in a four-week period.

Taking advantage of a bad situation, SpaceX was able to launch one Falcon 9 Starlink mission out of the NASA Kennedy Space Center’s LC-39A pad while troubleshooting CRS-25, which only had issues with Dragon. SpaceX has plans for at least one more launch from 39A before the end of the month: Next Spaceflight reports that Starlink 4-25 could launch from the same pad as soon as July 24th.

SpaceX sends Dragon to space station for 30th launch of 2022