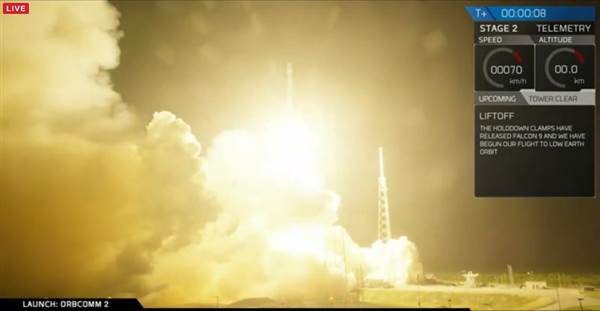 SpaceX successfully landed the first stage of its Falcon 9 rocket on land December 21 after a mission that put 11 communications satellites into orbit. It marks the beginning of reusable rockets for space missions, including eventual flights to Mars.

SpaceX completed a historic mission on Monday when it successfully returned the first stage of its Falcon 9 rocket to earth. Recovering the first stage is of major importance because it marks the beginning for reusable rockets. The ability to re-use the most expensive component of a space launch will go a long way toward making space travel profitable for the company. It also is a critical part of Elon Musk’s plans to colonize Mars.

This is the first mission for SpaceX since a Falcon 9 rocket exploded upon takeoff on June 28 when it attempted to deliver supplies to the International Space Station (ISS).

The Falcon 9 rocket used in today’s launch is significantly different than the space vehicles the company has used previously. It is 30% more powerful with a total of 1.5 million pounds of thrust from its 9 Merlin engines, and capable of carrying heavier payloads into space. Today’s mission successfully delivered 11 communication satellites into orbit to become part of the Orbcomm network.

In the next two months, SpaceX is planning two more satellite launches and attempt another resupply mission to the ISS. The company recently was awarded a contract to send astronauts to the space station starting in 2017. It is also vying for the next contract to deliver supplies to the ISS and needs things to go smoothly while negotiations for that contract are underway.