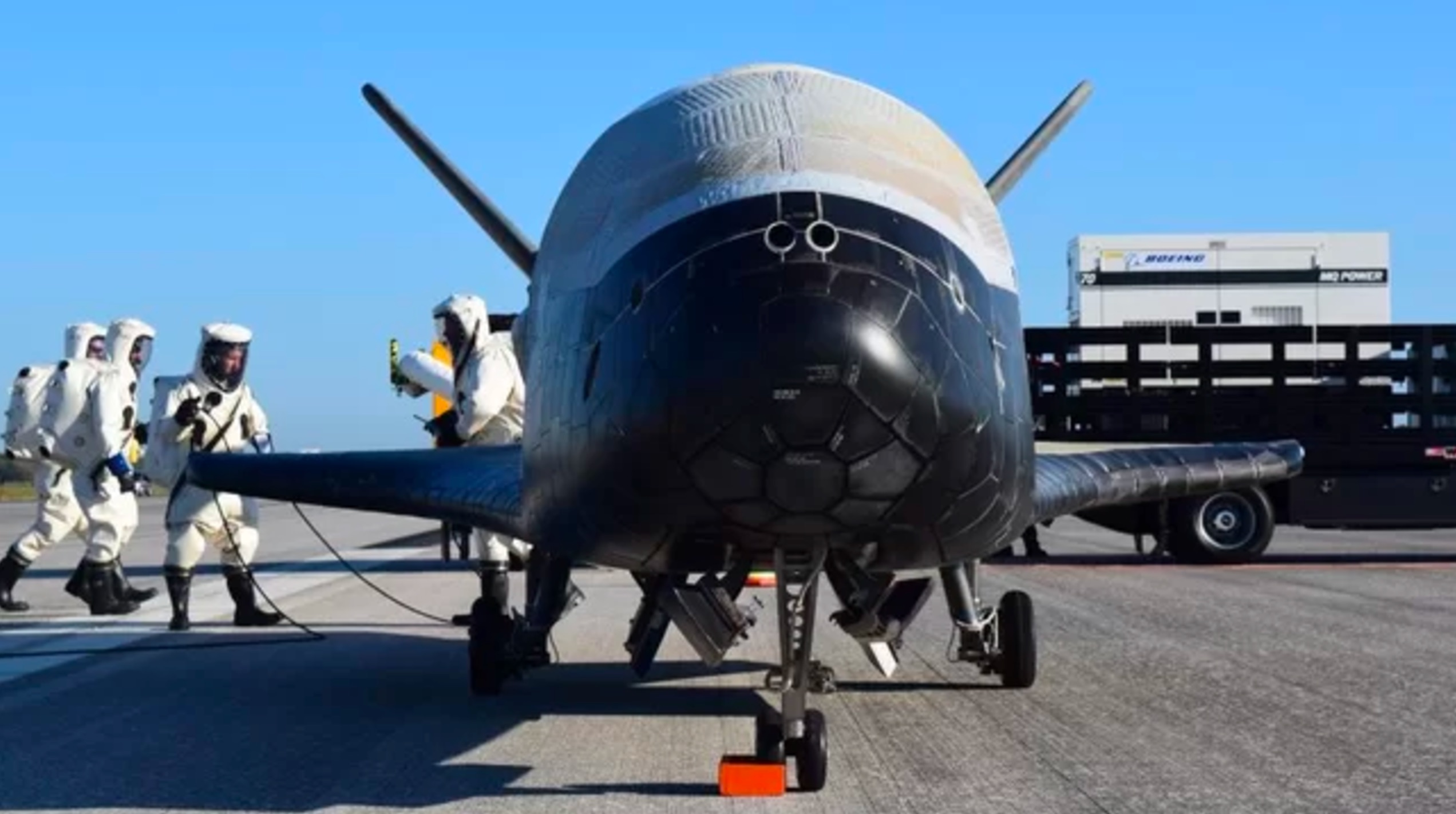 As reported by Reuters, the U.S. Air Force Secretary Heather Wilson revealed that the Air Force has awarded a contract for the launch of their X-37B space plane to SpaceX, with a launch date no earlier than August of 2017.

The United Launch Alliance, a cooperative space transportation company composed of Lockheed Martin and Boeing, has historically launched each of the previous four OTV missions.

The X-37B, also known as the Orbital Test Vehicle (OTV) is a highly secretive space plane that has been operated by the Air Force since 2010. Originally developed by Boeing under a NASA contract, the two known X-37B vehicles have flown four flights since they began orbital operations, with the most recent mission ending precisely a month ago following the landing of one of the OTVs. One of two OTVs before being encapsulated in its fairing. (Astrotech/Boeing)

There is no consensus as to what exactly the X-37B is tasked with on its extremely long-duration (two year) orbital missions, but there is a general agreement that the vehicle likely acts as a test-bed for technologies being pursued by the Air Force, and assists by allowing for on-orbit testing. However, given the rarity of the OTVs and the cost of both launching, refurbishing, and operating them, the value returned to the Air Force must be considerable.

SpaceX has recently begun to truly compete with ULA for launches from both NASA and the Department of Defense, and this contract would be the fifth such contract SpaceX has secured. The company has already performed two of those contracted launches – NROL-76 and DSCOVR – and now has two GPS III satellites and the X-37B to launch for the Air Force over the next two years.