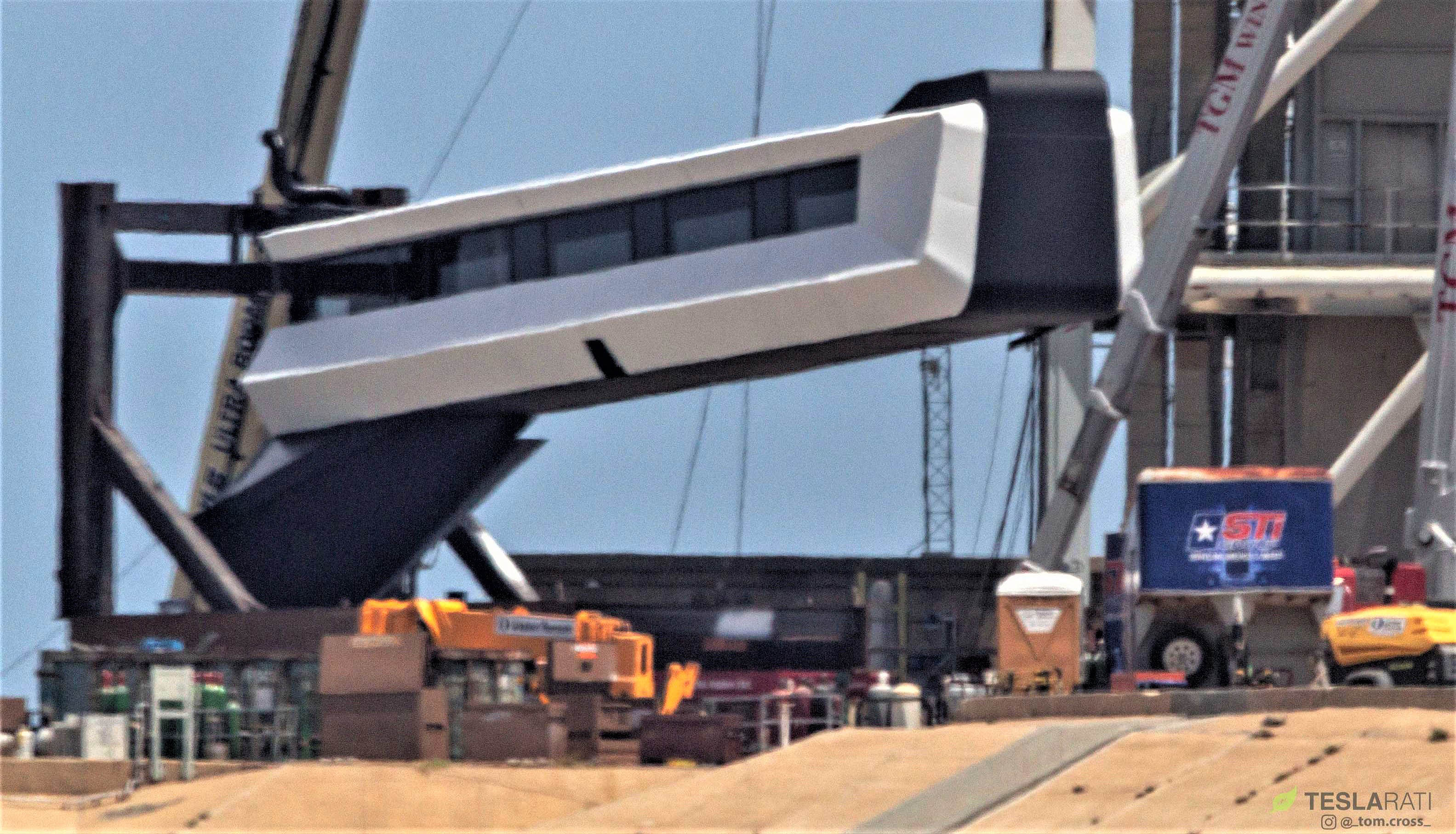 SpaceX has publicly revealed the sleek, minimalist design of the access arm that NASA astronauts will soon use to board Crew Dragon spacecraft, bringing to an end more than half a decade of U.S. dependency upon non-native rockets and space agencies to transport crew to the International Space Station.

After several months of concerted effort in a tent located on Pad 39A property, SpaceX engineers, welders, and technicians have nearly completed the most critical portion of the launch facility modifications and upgrades necessary to return the pad’s human spaceflight capabilities. Known as a Crew Access Arm (CAA), SpaceX will likely complete installation of the Arm by the end of August, wrapping up what is by far the most visible step yet towards returning astronauts to the ISS on American rockets and spacecraft. 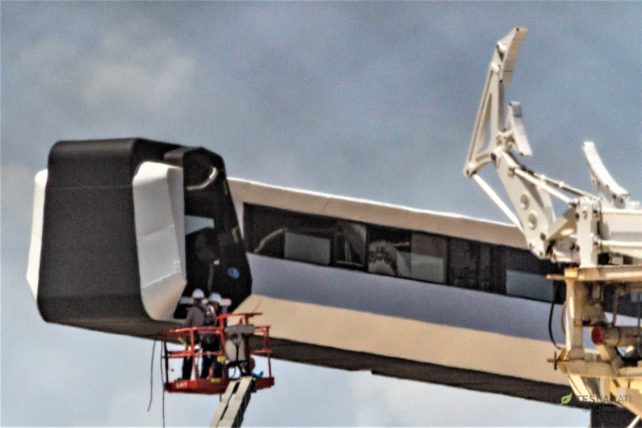 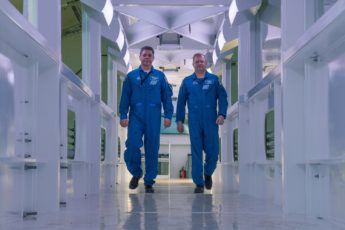 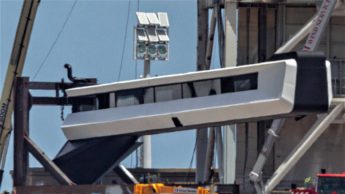 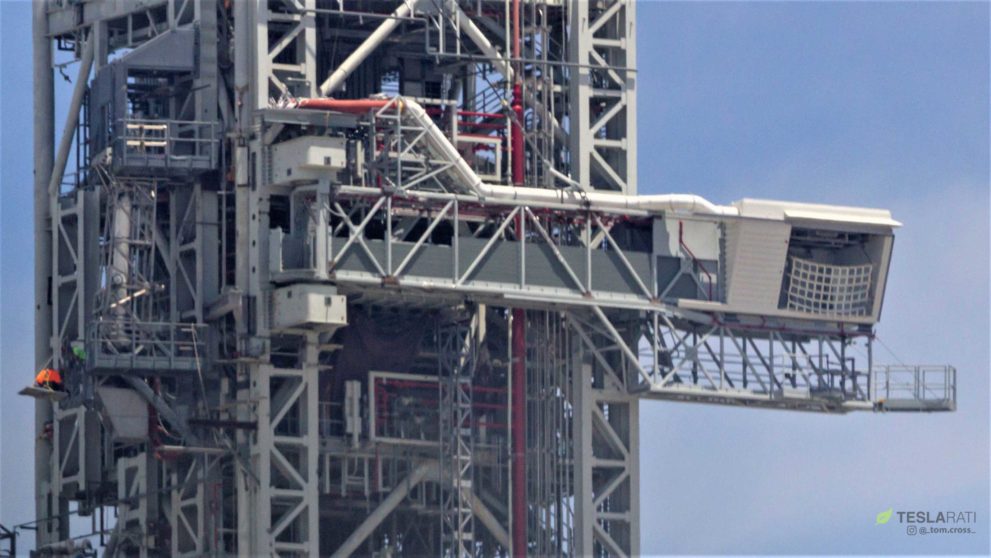 SpaceX’s first flightworthy Crew Dragon spacecraft are currently in various late stages of production, assembly, and integration in pursuit of an uncrewed orbital debut no earlier than (NET) November 2018 and its first crewed demonstration flight as early as April 2019. The first Demonstration Mission (DM-1) Crew Dragon capsule is already at SpaceX’s Florida processing facility, while its trunk/service module and Falcon 9 Block 5 rocket could ship to Florida as early as late August or early September.

Prior to SpaceX’s lease of Kennedy Space Center’s Launch Complex 39A (LC-39A), the pad operated for the full length of NASA’s Space Shuttle program, supporting dozens of launches of the fundamentally flawed – albeit iconic and awe-inspiring – vehicle. Still, Pad 39A is most famous for the critical role it played in NASA’s Apollo Program, where it supported nearly all Saturn V launches and thus all but one (Apollo 10) of the nine crewed mission to the Moon, Apollo 8, and Apollo 11 through 17.

SpaceX and CEO Elon Musk are cognizant of this incredibly rich history, and it’s probable that humans will once again return to the Moon (at least its gravitational sphere of influence) from Pad 39A, but this time atop a SpaceX rocket and spaceship. A sister facility known as LC-39B, built to ensure two operational pads for the Space Shuttle, is also slowly tracking towards the debut of a different rocket targeting human exploration around the Moon, NASA’s Space Launch System (SLS). 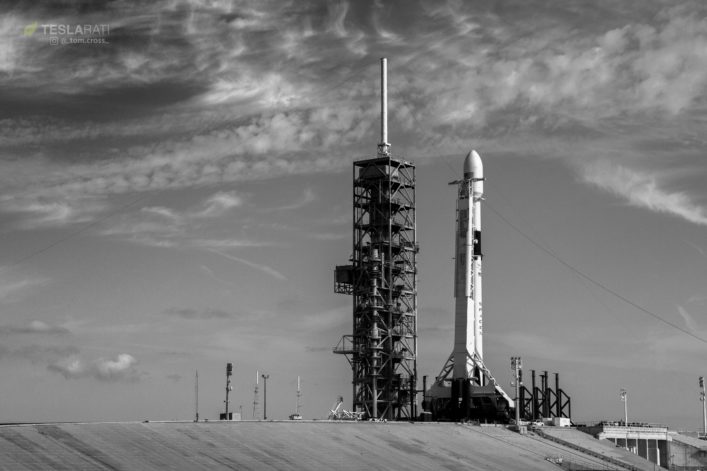 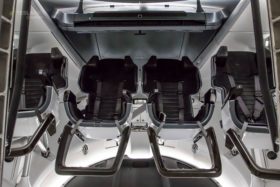 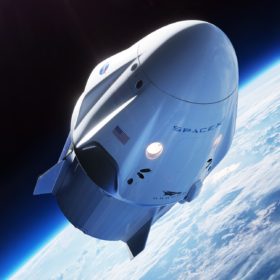 SpaceX President Gwynne Shotwell recently reaffirmed that a 2017 contract (money in hand) to send two private individuals around the Moon is still alive and well, although Musk has also noted that that lunar tourism mission will likely be flown with BFR and BFS, pushing it into the early 2020s at the earliest. While several years out and taking a definite back seat to Crew Dragon’s safe and reliable debut and operation in low Earth orbit, it’s clear that a separate human spaceflight race is simmering in the background, pitting public efforts against private efforts in a bid to once again send humans to the Moon.