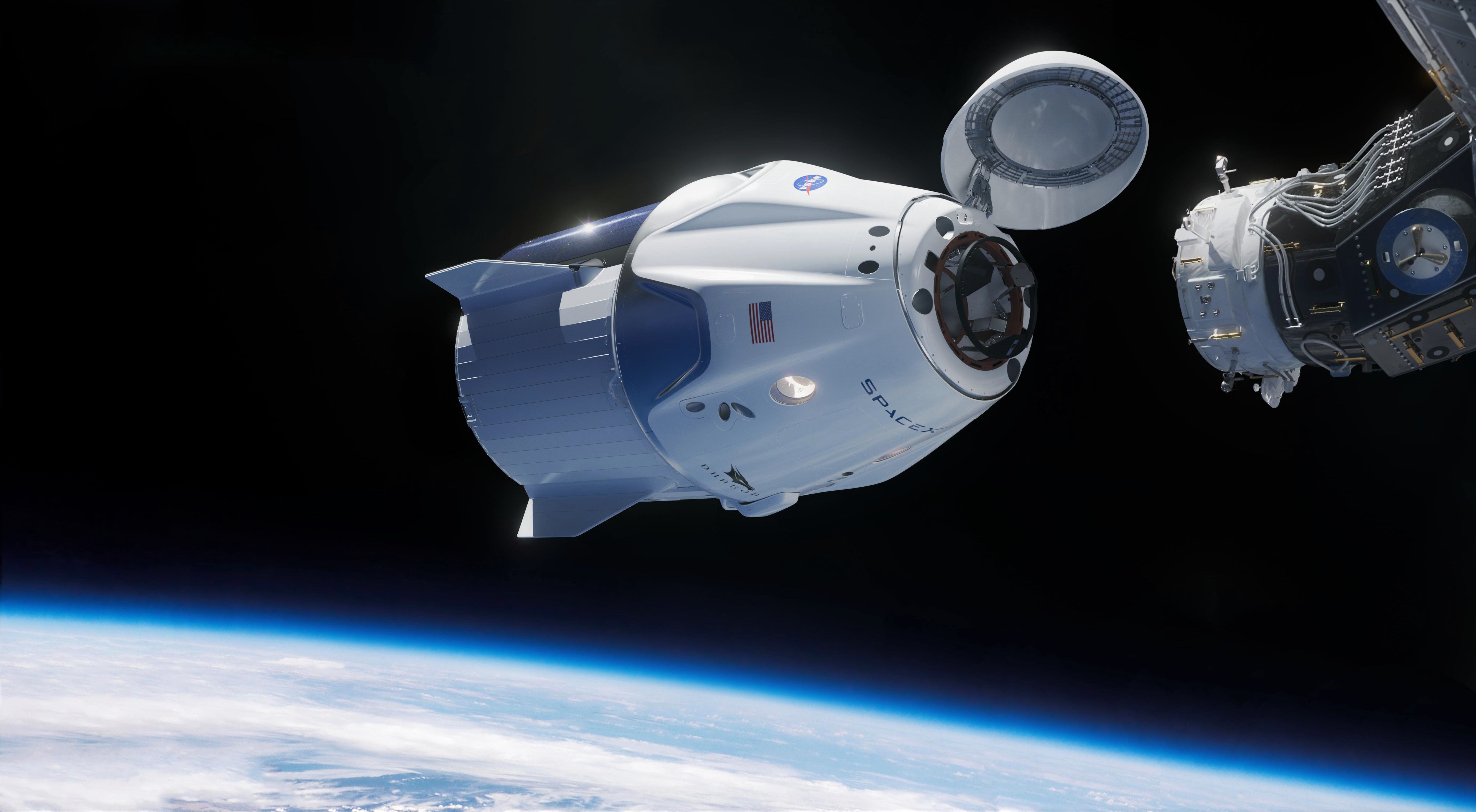 SpaceX’s first spaceworthy Crew Dragon spacecraft officially has a confident launch target in hand as a flood of activity has begun to complete, ship, test, and deliver multiple critical components ranging from the Dragon capsule itself to the Falcon 9 Block 5 first and second stages for that capsule’s November or December launch debut.

As of today, SpaceX has between three and four months to finish up a significant – but by no means impossible – amount of work, ranging from actual hardware completion, integration, and preflight checkouts and testing to a veritable flood of paperwork required by NASA before any Commercial Crew launch can proceed.

Watch live as @NASA announces the astronauts assigned to fly aboard Crew Dragon and launch from American soil for the first time since the final Space Shuttle mission in 2011 → https://t.co/rdhLIxFGwa pic.twitter.com/Y640lpu13G

In fact, given comments from SpaceX’s President and COO Gwynne Shotwell and CEO Elon Musk, the executives appeared to be very confident that the hardware for the first uncrewed demo mission (DM-1) and second crewed test flight (DM-2) would be ready for launch. These comments most likely group software under that hardware umbrella, meaning that Shotwell and Musk seem to be very subtly commenting on the immense bureaucratic workload required from SpaceX before NASA will permit them to launch.

Decades of experience as a military-industrial complex stalwart has readily prepared Boeing to deal with those vast ‘certification’ workloads, but that certainly doesn’t mean that NASA couldn’t find a more pragmatic and less oppressive balance between carelessness and a downright obsessive compulsion to document every molecule of their commercial providers’ hardware, software, and wetware (employees, management, organizational structure). 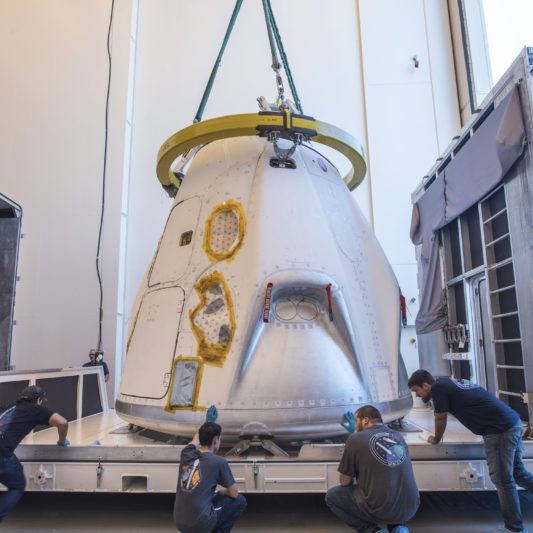 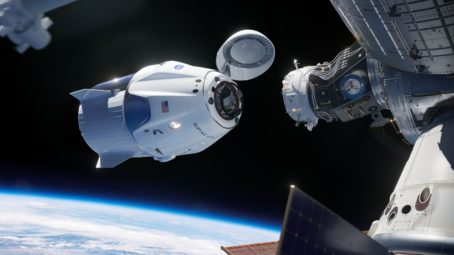 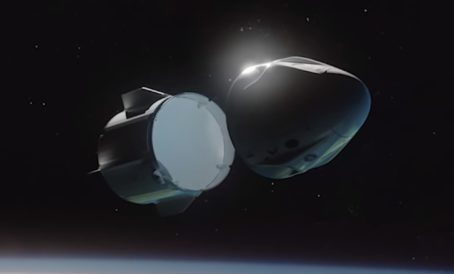 Despite the often-onerous bureaucratic demands of NASA’s Commercial Crew Program office, SpaceX is moving rapidly ahead with a range of hardware, all critical for the Crew Dragon’s November/December launch debut. With the capsule itself already in Florida and the DM-1 Dragon’s trunk nearing shipment from Hawthorne to Cape Canaveral (currently NET September), the next and perhaps most important piece is Falcon 9 itself.

Confirmed earlier this year in a quarterly NASA Commercial Crew update, SpaceX assigned Falcon 9 Booster 1051 to Crew Dragon’s debut launch. That rocket booster and its complementary upper stage are already at SpaceX’s McGregor, TX rocket testing facility undergoing a number of acceptance tests and checkouts as of today, confirming a number of critical facts. Most importantly, the presence of integrated the B1051 booster in Texas appears to imply that SpaceX has successfully fixed slight design flaws in their Merlin 1D engines and composite-overwrapped pressure vessels (COPVs), even if the paperwork to officially ‘certify’ them for flight has not been completed. 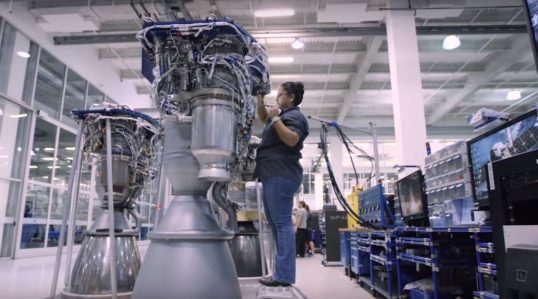 Fresh Block 5 Merlin 1D engines are built and assembled in Hawthorne, CA before heading to Texas for testing. (SpaceX) 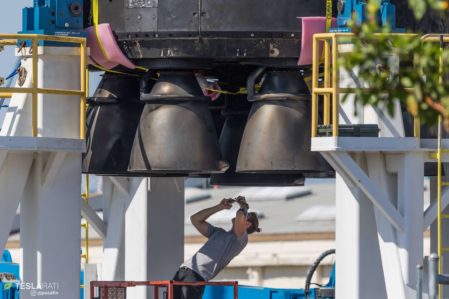 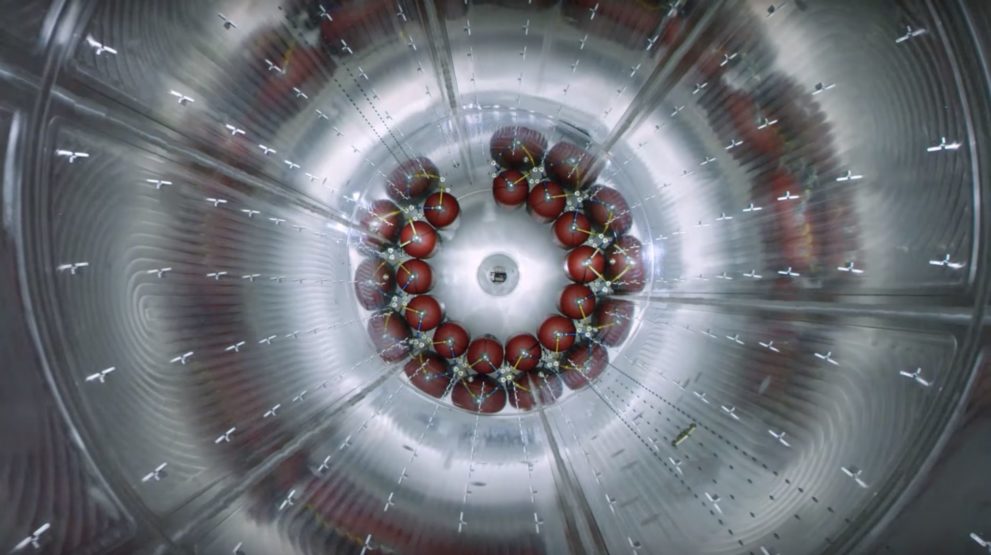 This meshes nicely with details provided in a recent NASA Commercial Crew news post, which stated that “Falcon 9’s first and second stages for the Demo-1 [Crew Dragon] mission are targeted to ship … [to] McGregor, Texas for additional testing in August.” Ship they did and the booster may well have beaten that “August” timeframe according to photos of the facility from mid-July. When exactly that testing will wrap up in Texas is unclear but it would be reasonable to expect the rocket booster and upper stage to ship to SpaceX’s Launch Complex 39A (LC-39A) in Cape Canaveral within 4-6 weeks, giving the company a solid month and a half to integrate the rocket, static fire it at the pad, complete assembly of Crew Dragon, and attach the spacecraft to its Falcon 9 rocket ahead of launch.