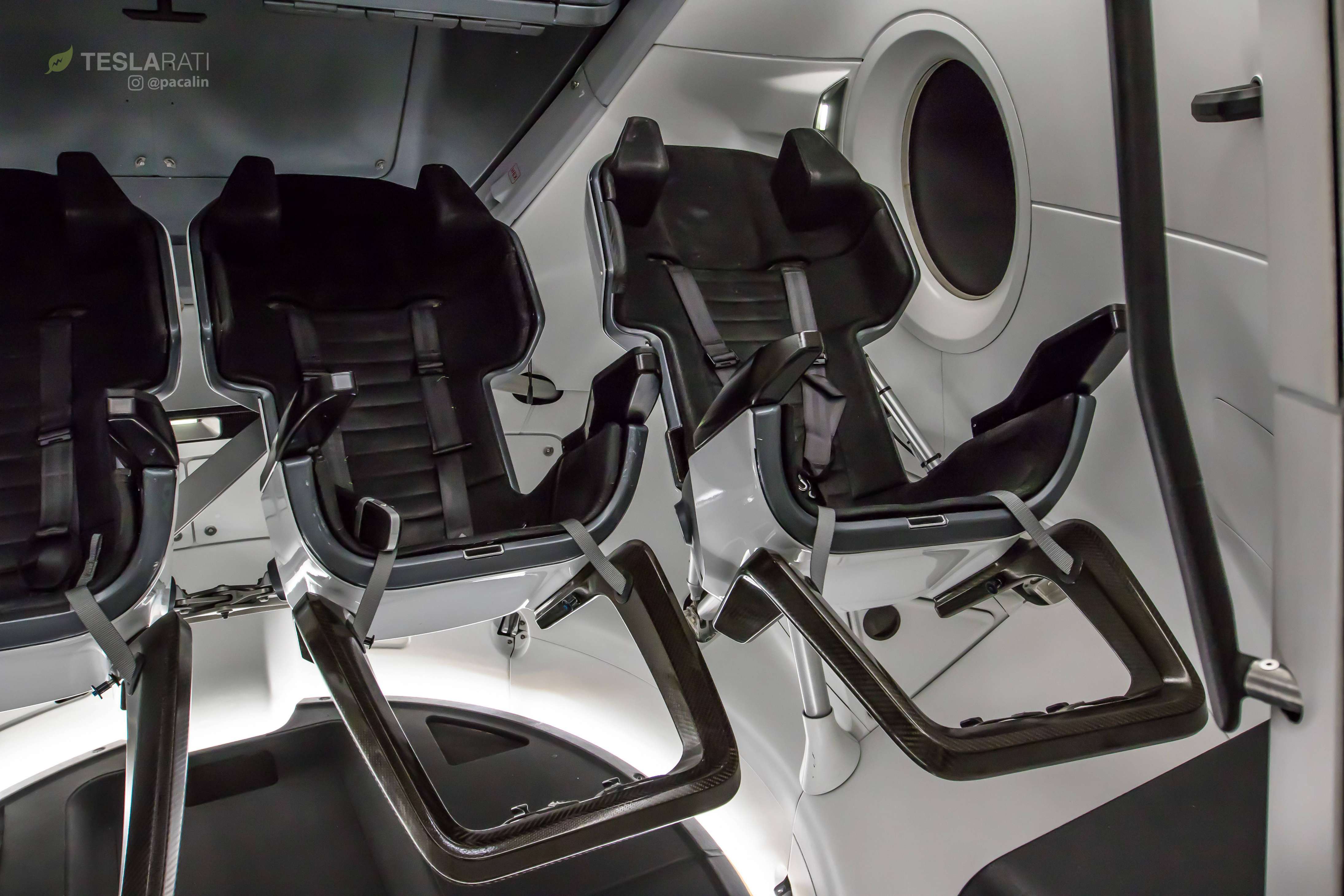 SpaceX has given the press access to its Crew Dragon simulator and custom-built spacesuit for the first time, providing an extraordinary level of detail and even the freedom to take photos of almost every aspect of both items. SpaceX is using both items to extensively train the Commercial Crew astronauts that will travel to the International Space Station aboard Crew Dragon, with the first crewed mission planned as early as April 2019. 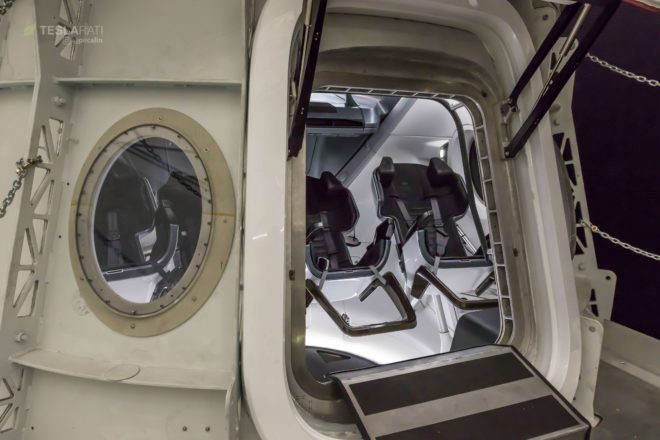 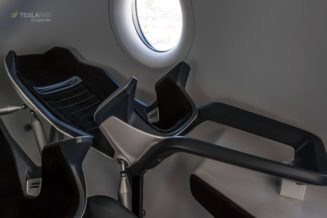 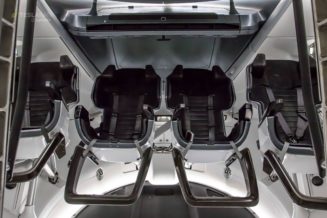 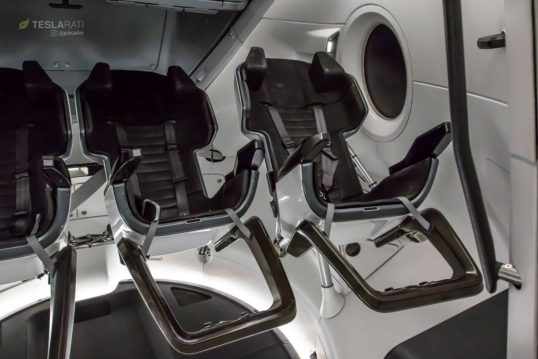 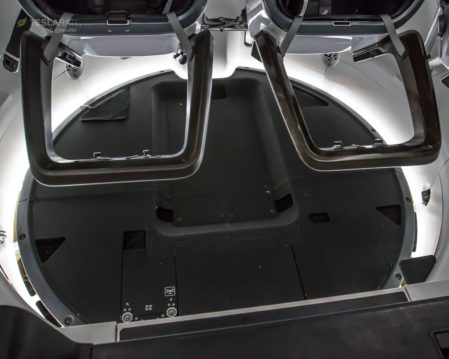 An incredible amount of work has gone into making SpaceX’s spacesuit as functional, lightweight, and astronaut-friendly as possible, and it’s eminently clear that the company’s exceptionally minimalist suit design is more than it seems once one dives into the suit’s actual capabilities. The slick and iconic helmet is one of the first things the eye gravitates towards when looking at the SpaceX spacesuit, and its aesthetic beauty has by no means come at the cost of functionality.

The majority of the helmet is 3D printed and SpaceX has used that capability to directly integrate valves, a number of complex mechanisms for visor retraction and locking, microphones, and even air cooling channels into the helmet’s structure. The fact that it looks so minimal and simple is only the case after a huge amount of effort was directed at simplifying the user experience for astronauts and ensuring extremely reliability and intuitive control and actuation mechanisms throughout. 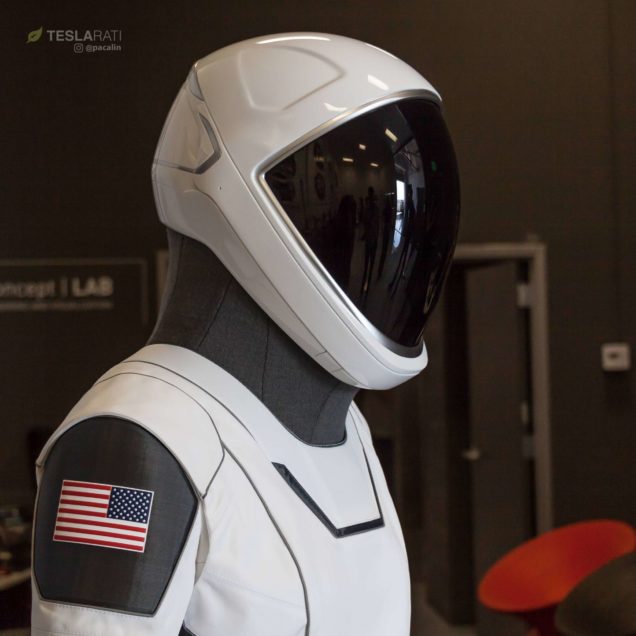 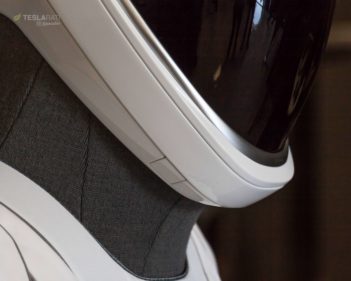 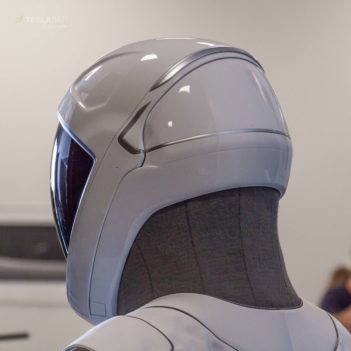 SpaceX’s suit helmet is made largely of 3D-printed plastic, while the suit’s grey and white fabric are Nomex and Teflon, respectively. (Pauline Acalin) 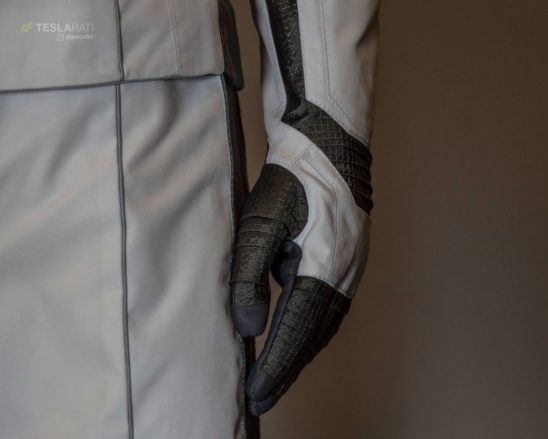 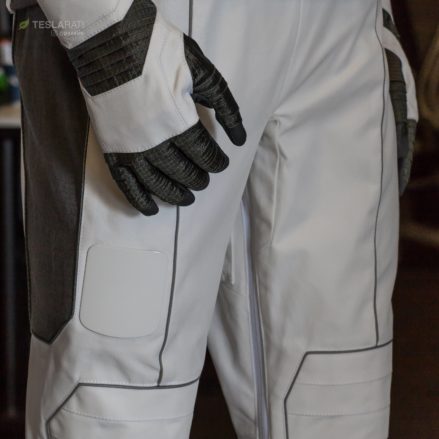 All of the suit’s materials were selected with fire retardance as a major priority, a necessity given the elevated oxygen environment that will be present aboard flightworthy Crew Dragons. (Pauline Acalin)

One of the most difficult challenges of the spacesuit’s design was bringing all necessary external connections (power, water, air, etc) into one single umbilical panel located in the middle of the suit’s right thigh, meaning that astronauts will only have to worry themselves with a single, simple connection point once inside Crew Dragon. Additionally, SpaceX wanted to ensure optimal mobility inside Crew Dragon’s cabin while still allowing for operations in the event of extreme emergencies and loss of cabin pressure on-orbit. As a result, the spacesuit has been designed to allow Dragon’s crew to work in even the most extreme emergency conditions, up to and including hard vacuum. The suits would still require some sort of backpack if they were ever needed for actual spacewalks outside the capsule or ISS, so that functionality is off the table for now.

Inside the Crew Dragon simulator, SpaceX has built a near-exact copy of the spacecraft cabin astronauts will find aboard the actual capsules they will ride into orbit, at least in terms of functionality and fit tests (comfort, seat design, etc). Relegated to sit on Earth forever, the simulator likely doesn’t feature the same sort of obsessive weight reduction measures that will be present on flight hardware, but everything else is almost certainly as close to identical as possible.