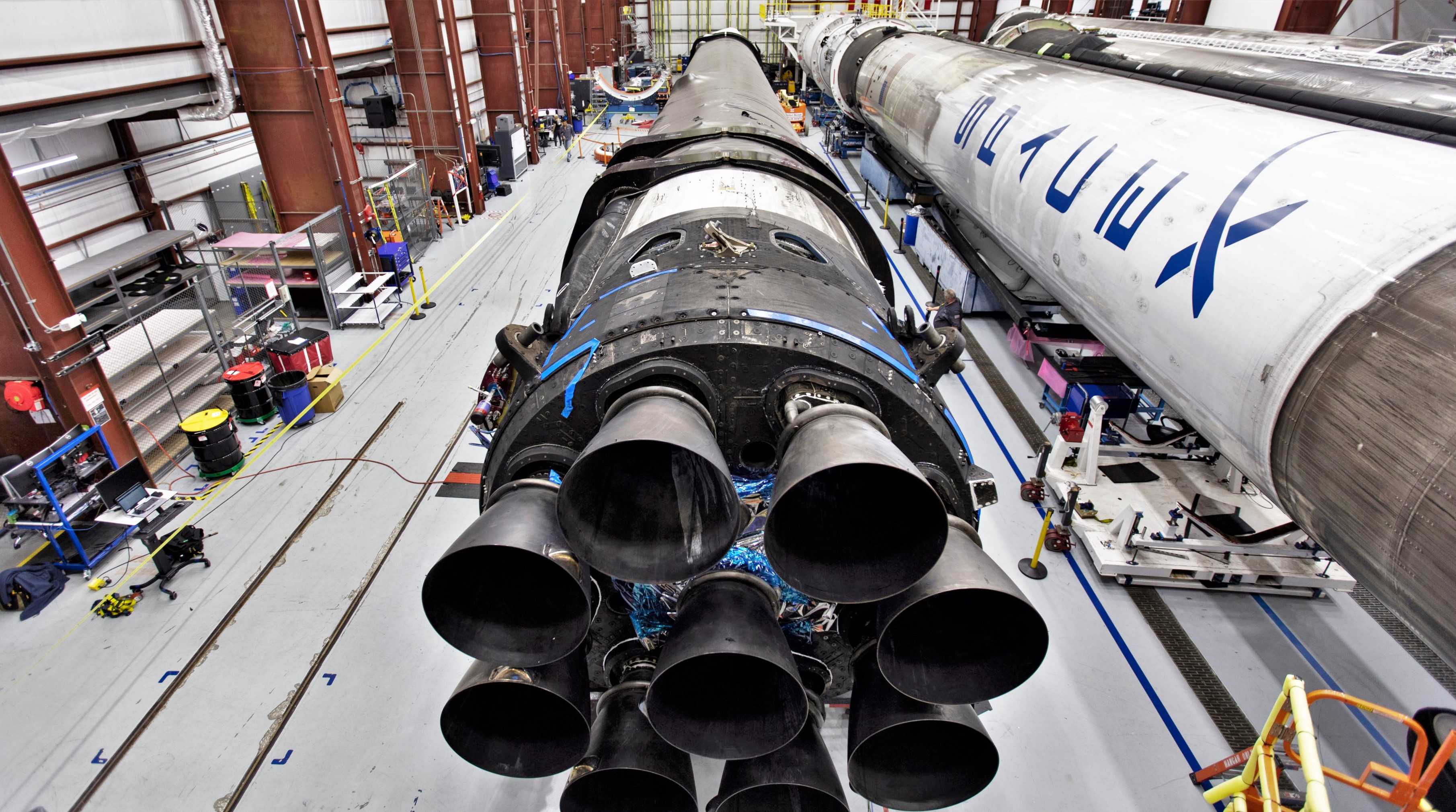 According to NASA, the Falcon 9 rocket and Crew Dragon capsule that will support SpaceX's In-Flight Abort (IFA) test both arrived in Florida within the last several days. (SpaceX)

Approaching its second month between launches, SpaceX Falcon 9 boosters and their associated payloads continue to arrive in Florida in preparation for what will likely be a burst of several orbital launches in the final months of 2019.

On September 24th, an iconic and easily recognizable Falcon 9 booster was spotted heading East through Maricopa, Arizona, an extremely common (if not universal) pass-through point for SpaceX’s cross-country booster shipments. More likely than not, the booster spotted arriving in Cape Canaveral on October 1st is the same SpaceX rocket seen in Arizona one week prior, an indication that the Falcon 9 skipped testing in McGregor, Texas and is thus likely flight-proven.

48 hours later, NASA published photos of the arrival from SpaceX and announced that the rocket is, in fact, the flight-proven booster that will support the Crew Dragon’s critical In-Flight Abort test (IFA). SpaceX employees were still in the process of unwrapping the Falcon 9 booster, but enough of its body was visible to reveal soot, the telltale sign of a flight-proven SpaceX rocket. Impressively, the Crew Dragon that will support the spacecraft’s IFA test also apparently arrived in Florida in recent days.

According to NASASpaceflight.com, B1046 – the first Block 5 booster and first thrice-flown SpaceX rocket – is expected to support the critical Crew Dragon test flight. SpaceX CEO Elon Musk has tweeted several times that there is a “high probability” that the booster will be completely destroyed during the suborbital test flight, a necessary sacrifice to prove that Dragon can escape from a failing rocket at any point during launch. SpaceX has a growing fleet of flight-proven boosters with multiple launches under their belts – B1046 will certainly be missed but its ‘retirement’ will impose no burden on the company’s launch manifest.

As stated in a recent FCC filing, Crew Dragon’s IFA test is scheduled to launch no earlier than (NET) November 23rd. The mission will proceed like any other routine Falcon 9 launch for the first 60 or so seconds, but will feature a “simulated orbital second stage” with a fake Merlin Vacuum engine that will almost certainly be smashed to pieces after Crew Dragon departs the rocket. It’s unclear if SpaceX will physically create failure conditions or if Crew Dragon’s abort will be directly triggered, but the spacecraft will ultimately ignite its SuperDraco abort system to speed half a mile away from the booster in just a few seconds.

This will occur during Max Q, the point during launch when the booster is experiencing maximum aerodynamic and thermal stresses, and Crew Dragon’s departure will essentially smash the rocket headfirst into a wall of supersonic air. The upper stage will likely disintegrate almost immediately, a process that will most likely lead to the destruction of the booster, as well.

Crew Dragon’s onboard launch abort system consists of four “powerpacks” composed of two SuperDracos each, equating to eight SuperDraco thrusters capable of producing up to 570 kN (130,000 lbf) of thrust. SpaceX recently highlighted their confidence in the abort thrusters with a brief video that showed off testing and touted an impressive record of successful static fires and overall reliability.

As Teslarati previously reported, the window for the test launch is expected to open no earlier than (NET) November 23rd. With both the booster and spacecraft now in Cape Canaveral, Florida, it is increasingly likely that SpaceX will be able to complete the IFA test before the end of 2019, a milestone that would increase the odds of SpaceX and NASA attempting Crew Dragon’s astronaut launch debut sometime in early 2020.

Aside from Crew Dragon, SpaceX has plans for as many as four internal Starlink launches between now and the new year, potentially placing as many as 240 more high-performance ‘v1.0’ satellites in orbit. Regardless of the specifics of how the schedule actually shakes out, it looks like SpaceX is working hard to end 2019 with a burst of orbital launch activity.