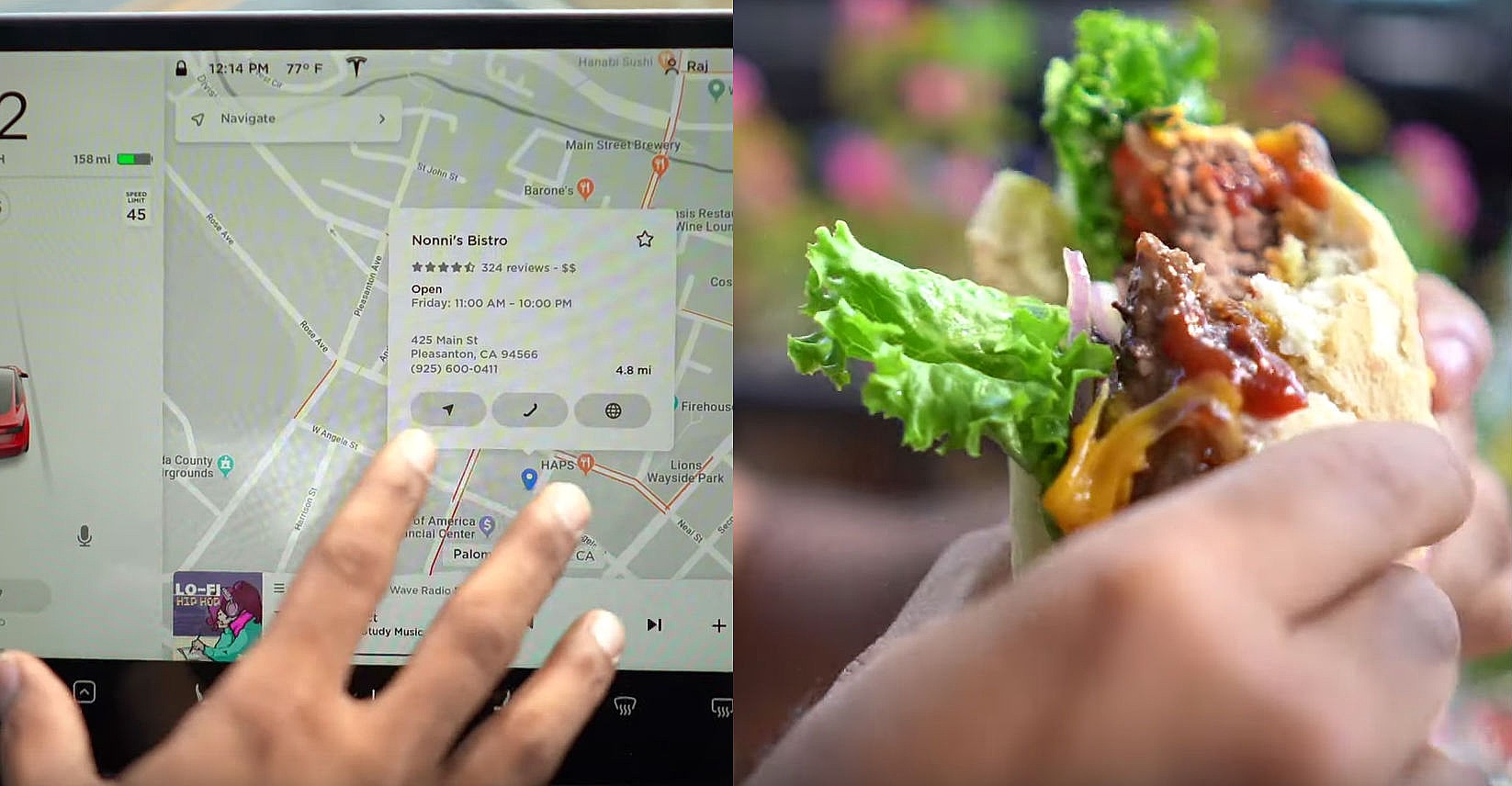 Tesla’s V10 update contained many entertainment-focused functions, such as Theater Mode and Caraoke. But one of the least talked about features of the new software was the “I’m Feeling Lucky/Hungry” function that allows vehicles to suggest a local point of interest for its driver.

Named after Google’s “I’m feeling lucky” button, Tesla’s feature allows vehicles to suggest locations and food outlets to their owners. However, the feature has not gained much publicity since its release, and for good reason. Tesla rolled out Smart Summon for convenient parking lot navigation and Theater Mode for entertainment at Superchargers, and much of the attention of the electric car community has been focused on these features instead.

Tesla Model 3 owner-enthusiast Tesla_Raj of YouTube nevertheless opted to test the “I’m Feeling Lucky/Hungry” feature for a recent video. Trying out a sample from each feature, Raj, accompanied by fellow Model 3 owner-filmmaker Arash Malek, followed Tesla’s algorithms for a “lucky” and “hungry” adventure. The results were quite interesting, to say the least.

The “I’m Feeling Lucky” option chose the Sunhol Water Temple, that was 7.2 miles away from the Tesla owners’ point of origin. However, it turned out that the location was temporarily closed for construction. The Tesla YouTuber later remarked that he should have called the Water Temple first to confirm if it was open, or at least checked its website more carefully to see if the location was accessible to the public.

Tesla’s “I’m Feeling Hungry” feature proved more successful, suggesting a local cafe in Pleasanton, CA called “Nonni’s Bistro” to the Model 3 owners. The place was quaint and quite understated, though the number of its patrons when the Tesla owners dropped by suggested that it was a popular haunt among locals. The electric car owner-enthusiasts had what appeared to be a great meal from the little restaurant, and in a later remark, Raj noted that V10’s “I’m Feeling Hungry” feature turned out to be fun and impressive.

The opportunities for spontaneous adventures and road trips offered by Tesla with V10’s “I’m Feeling Lucky/Hungry” feature are practically endless. With the feature in place, owners could add an exciting new dynamic to the usual weekend or evening drive. This would be great for couples who are looking for a unique place for a date, or families that wish to try out some exciting food for a Friday night. While relatively minor compared to V10’s flagship features like Smart Summon, Tesla’s “I’m Feeling Lucky/Hungry” nevertheless helps in giving electric car owners one awesome ownership experience.