In a Commercial Crew update presented by Program Manager Kathy Lueders to the NASA Advisory Council (NAC), the agency has confirmed that SpaceX is deep into the final stages of hardware preparation and testing ahead of their first uncrewed and crewed demonstrations launches of Crew Dragon.

Barring a miracle for Commercial Crew Program partner Boeing’s Starliner spacecraft program or serious faults leading up to SpaceX’s own debuts, SpaceX is all but guaranteed to become the first private company in history to design, build, and launch a spacecraft into Earth orbit with real astronauts onboard.

PICTURE OF B1051!!! It will ship to the Cape from McGregor soon.

Solar panel array on the trunk for the DM-1 capsule will take place in Hawthorne. pic.twitter.com/K82GANn5zr

SpaceX’s DM-1 Crew Dragon (serial number C201; “C” for capsule, “2” for Dragon 2, and “01” for capsule #1) capsule is already in Florida at one of the company’s spacecraft processing facilities, while that vehicle’s trunk segment – a module mounted below the capsule responsible for providing power (solar arrays), thermal regulation (radiator panels), and external cargo lift capacity – is scheduled to ship from Hawthorne, CA to Florida by the end of September. Demonstration Mission-1 (DM-1) is currently targeting a launch debut no earlier than November 2018.

DM-1’s Falcon 9 launch vehicle, booster B1051 and an expendable second stage, are also making significant progress towards the Crew Dragon’s uncrewed debut launch. NASA’s report noted that B1051 was on track for shipment (presumably to the Cape) sometime in the fall (technically anytime after August 31st) and that the upper stage would likely find its way to Florida soon after, sometime in September. Due to the fact that Merlin Vacuum engine qualification has not yet been completed, that milestone is likely the only thing standing between S2 shipment to FL, as SpaceX typically builds and tests both Falcon 9 segments near-simultaneously.

One of the aforementioned balloon-drop parachute tests. (SpaceX) 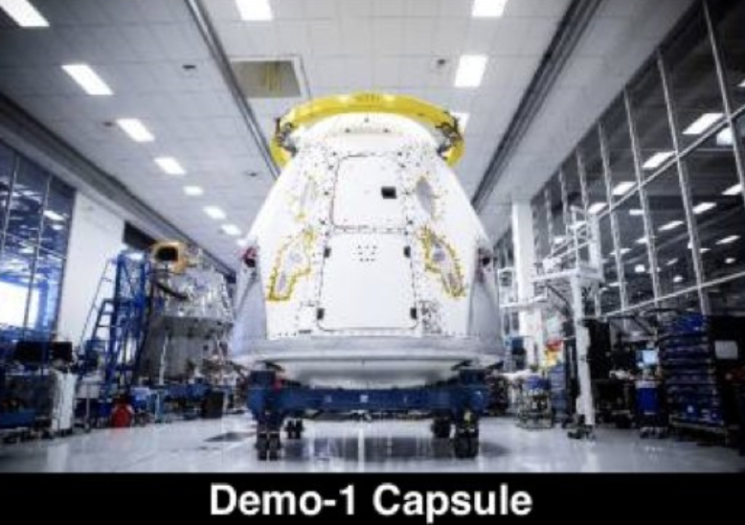 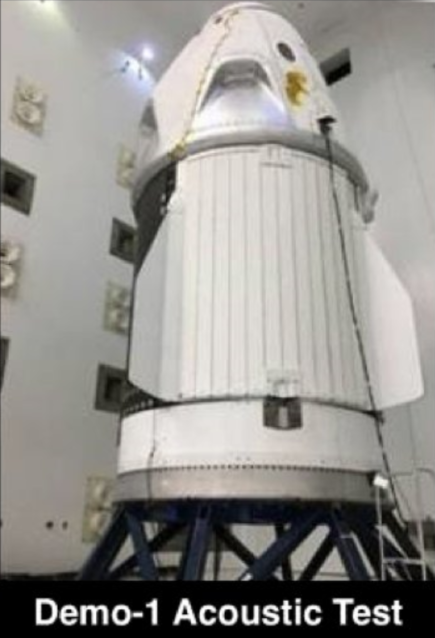 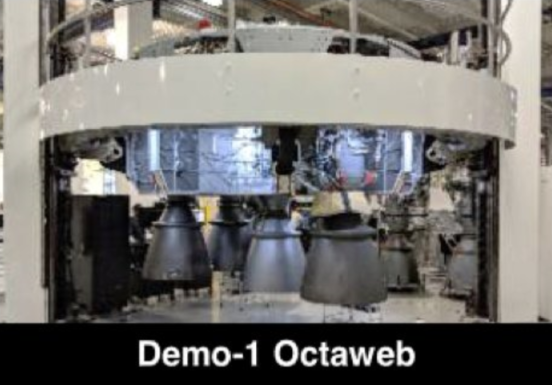 B1051’s octaweb, the structure that Merlin engines attach to and thrust against. (SpaceX) 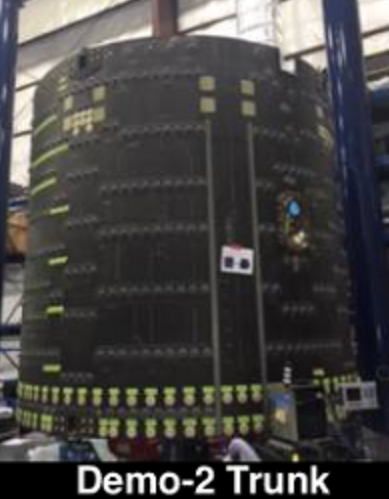 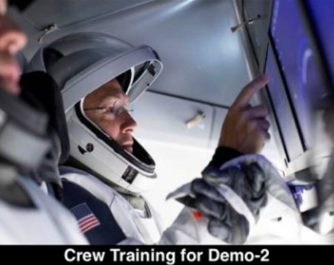 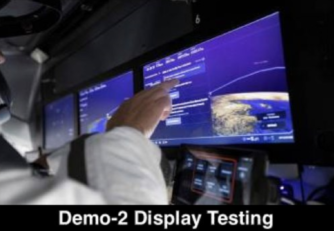 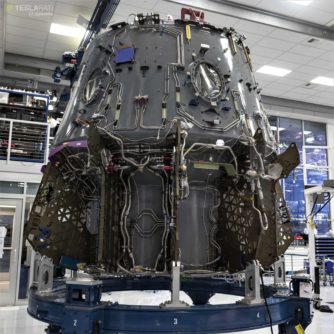 Meanwhile, SpaceX has successfully completed a duo of unique and critical tests of Crew Dragon’s parachute systems, carrying a Crew Dragon mass simulator (i.e. boilerplate) up to 45,000 feet (13,700 m) under a huge balloon before dropping the mockup, a test series designed to prove out the ability of the parachute system to successfully deploy and function in the exact flight regimes the real hardware will experience while safely returning astronauts to Earth. As NASA Commercial Crew Program Manager Kathy Lueders herself noted, that type of testing is extremely difficult to pull off, but SpaceX has thus far completed two.

On the launch pad side of things, SpaceX will be exclusively conducting Crew Dragon missions from Pad 39A. The company completed installation of a strikingly modern-looking crew access arm (CAA) just days ago, marking a crucial milestone for the historic launch complex to be truly ready to support human spaceflight once more, a heritage represented physically by the tower the arm is installed on (Shuttle-era) and the pad’s foundation and thrust diverter (constructed to support Saturn V’s Apollo moon missions).

Further down the road, SpaceX has already entered into the late stages of hardware integration and preparation for the second Crew Dragon demonstration mission (DM-2), which will almost without a doubt see SpaceX become the first private entity in history to build, launch, and operate a crewed spacecraft in Earth orbit.

According to NASA’s SpaceX-derived schedule, that particularly historic spacecraft is expected to be ready for launch as early as January, a full three months prior to its current April 2018 launch date. CEO Elon Musk did note recently on Twitter that the hardware for both crewed and uncrewed demonstration missions would “def[initely] be ready” for the launch dates of November 2018 and April 2019.

Catch all the technical SpaceX-related slides below. 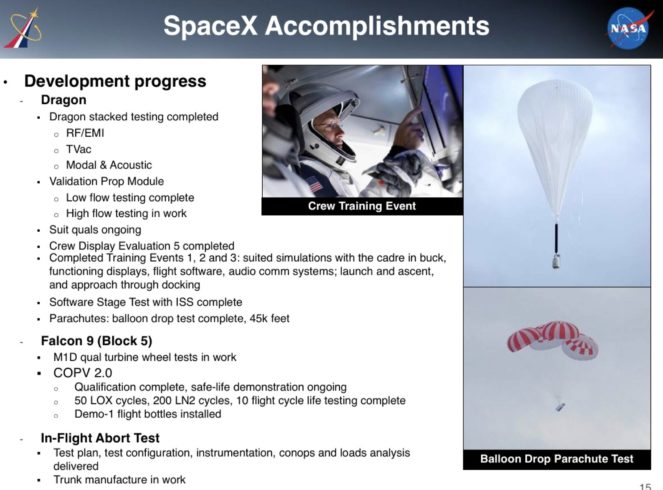 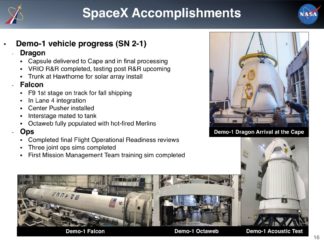 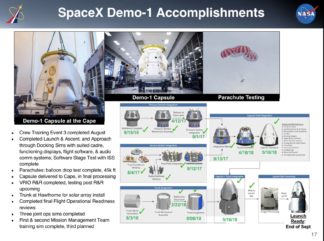 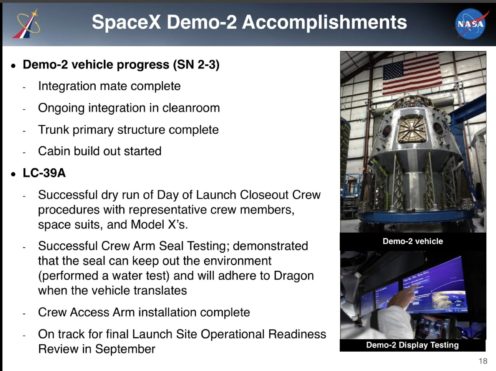 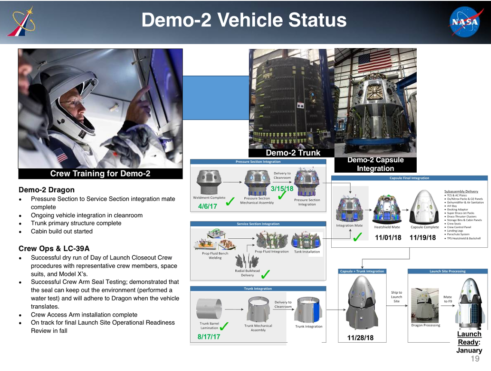