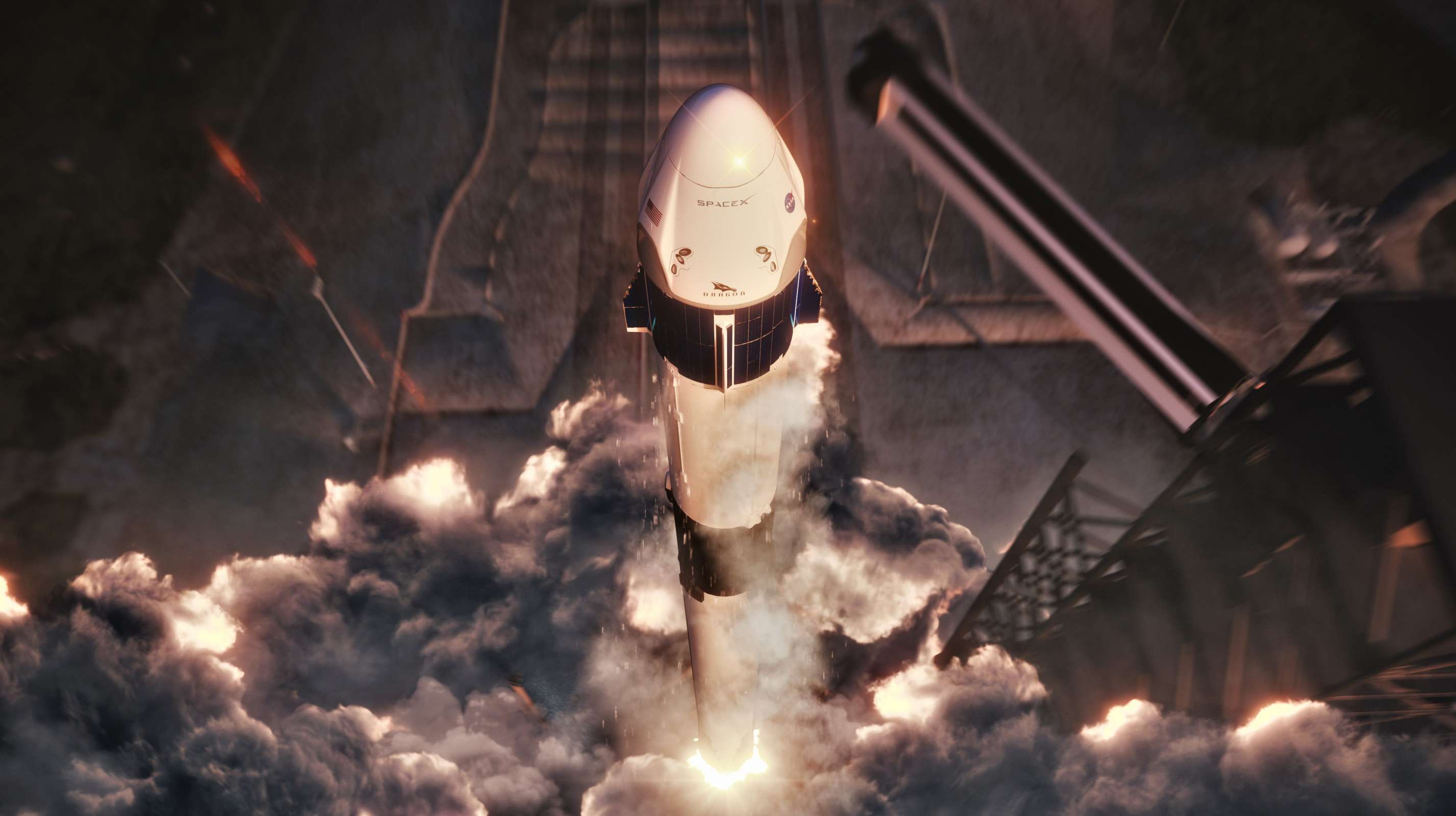 NASA and SpaceX officials announced on Friday that the company is ready to conduct the first orbital launch of Crew Dragon as early as March 2nd, a demonstration that will directly precede the first crewed launch on a US rocket in more eight years.

Shortly after the news broke, NASA hosted what can only be described as an effusive press conference in which typically reserved officials like Bill Gerstenmaier and Kathy Lueders discussed the Commercial Crew Program milestone. Above all else, they reported no glaring concerns and rather unequivocally echoed the affirmation that SpaceX, NASA, Falcon 9, and Crew Dragon are all ready and eager to get to orbit. SpaceX now aims to roll the spacecraft and rocket out to the launch pad – Kennedy Space Center’s Pad 39A – on Thursday, February 28th, roughly 48 hours before T-0.

The Demo-1 Flight Readiness Review has concluded. The Board set March 2 at 2:48 a.m. EST as the official launch date for @SpaceX's flight to @Space_Station. #LaunchAmerica https://t.co/2DIJ99guG2 pic.twitter.com/86lV29gVNS

Relative to any number of recent NASA press conferences, the mood in the conference hall following the joint NASA-SpaceX Flight Readiness Review (FRR) was one of obvious relief and elation, marked particularly by heaps of praise and rare personal segues from Mr. Gerstenmaier (associate NASA administrator of Human Exploration and Operations) and Ms. Lueders, NASA’s Commercial Crew Program manager.

“We’re go for launch, we’re go for docking, and we’ll work through [one minor ISS partner concern] next week. But again, just a phenomenal review today … It’s great being back here again [and] starting to get that feeling of launching again and getting ready to go fly.” – Bill Gerstenmaier, NASA HEOMD, 02/22/19

SpaceX Vice President of Build and Flight Reliability Hans Koenigsmann was equally enthusiastic about the completed review, describing his firm belief that – regardless of any delays it may have caused – the Crew Dragon spacecraft and its Falcon 9 rocket would ultimately be the best they could be as a result of the constant back-and-forth between NASA and SpaceX engineers and analysts.

Aside from the encouraging FRR and follow-up press conference, SpaceX and NASA are reportedly planning on making the hosted webcast of Crew Dragon’s inaugural launch something fairly spectacular. While no specifics were given, this would come as no surprise knowing SpaceX’s past history of exceptional launch webcasts combined with CEO Elon Musk’s equal affinity to spectacular events. According to Koenigsmann, Crew Dragon will be outfitted with a mannequin (effectively an aerospace-grade crash test dummy) dressed in one of SpaceX’s in-house spacesuits, a globally-recognizable icon thanks to the widespread popularity of Falcon Heavy’s launch debut and special payload.

“The only work between now and launch is what we would consider standard work and [the] standard close-out of activities moving forward. So that shows you that we’re fully ready to go do this DM-1 flight next Saturday.” – Bill Gerstenmaier, NASA HEOMD, 02/22/19

The spacecraft will also apparently be nearly identical to DM-2’s Crew Dragon, the first vehicle that will fly with astronauts onboard. As such, it will presumably be outfitted with everything a crew of astronauts would need, including seats, a functioning control panel/display, lighting, and the general fit and finish of an interior ready to support a human presence for multiple days straight. Live camera views of both Starmannequin and out of Crew Dragon’s windows will thus be par for the course, among many other unique perspectives. SpaceX will also offer a rare hosted webcast for Crew Dragon’s arrival and docking at the International Space Station, scheduled roughly 24 hours after launch, an event that could potentially include exceptionally rare feeds from Dragon’s own onboard cameras.

Regardless, this is an event you do not want to miss. If all goes well during the Feb. 27 launch readiness review (LRR) and Falcon 9’s subsequent roll-out to Pad 39A, SpaceX will attempt its first Crew Dragon launch at 2:49 am EST (07:49 UTC) March 2nd.