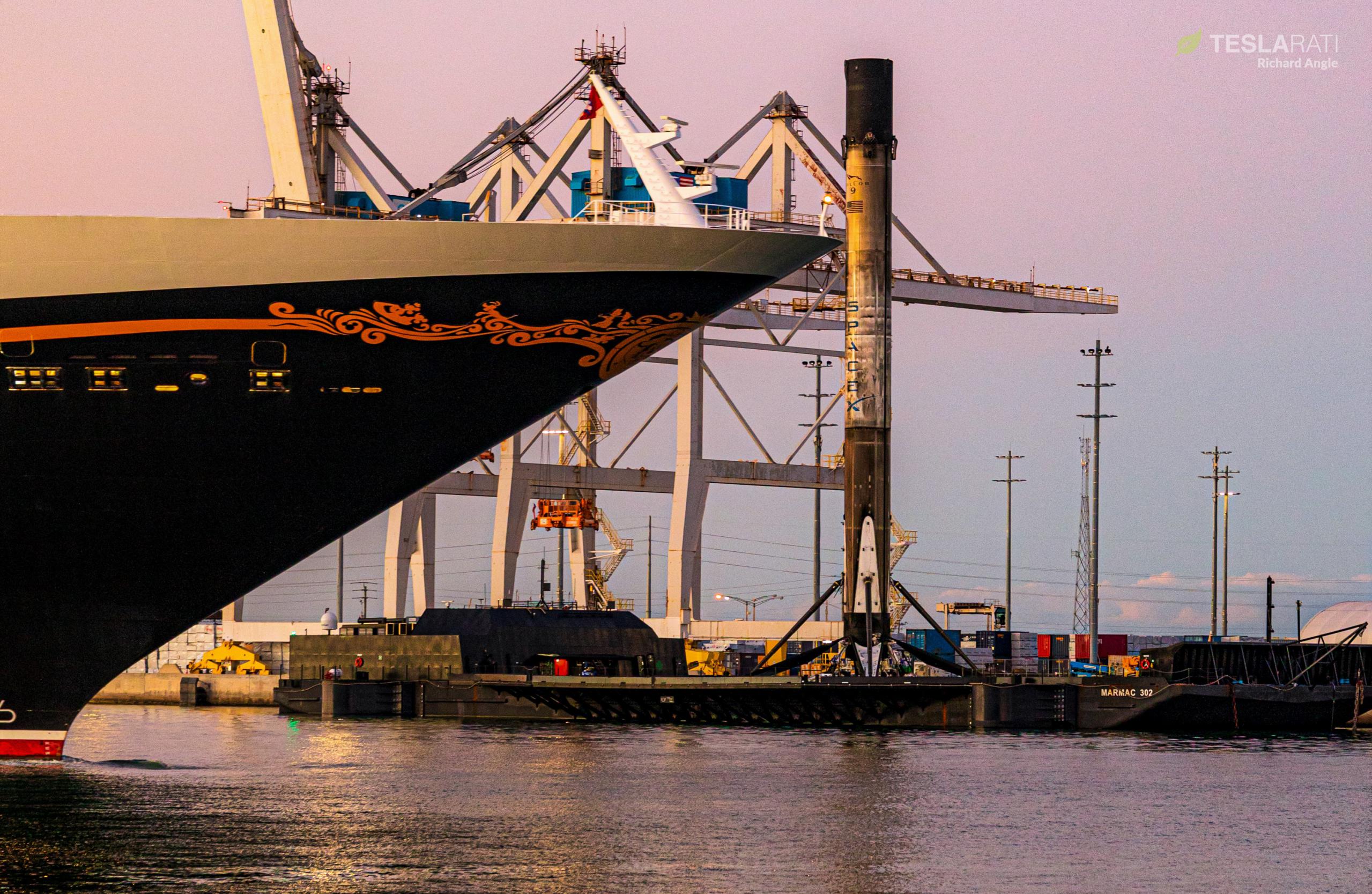 For the fourth time in four days, SpaceX has been forced to scrub Falcon 9’s launch of an Italian Earth observation satellite.

This time, however, rather than the poor weather that aborted Falcon 9’s first three launch attempts, the fourth scrub was caused by a cruise ship fouling the range and trespassing inside a US Coast Guard keep-out zone that’s been public for the better part of a week.

By all appearances, the ship responsible appears to have been Royal Caribbean’s Harmony of the Seas, which was headed straight into the Coast Guard’s keep-out-zone about 20 minutes before liftoff and veered south – away from the zone – around 10 minutes later. However, that’s not certain as a large number of cruise ships operate in or around the southeasterly corridor Falcon 9 was scheduled to overly between Florida and the Bahamas, making it possible that a different ship was at risk of entering the keep-out zone dozens to hundreds of miles downrange.

While just a part of rocketry, this scrub was particularly annoying because it came on a day with near-perfect weather after three consecutive weather-related scrubs. The US military’s 45th Space Wing had also explicitly warned boaters and the general public of the unusual southerly launch trajectory and encouraged them to double-check exclusion zones. Further, had Falcon 9 been able to launch, perfectly clear skies and a liftoff scheduled about 15 minutes after sunrise could have created a spectacular light show visible for one or several hundred miles in every direction as Falcon 9 rose back into direct sunlight. The weather forecast on CSG-2’s backup window (6:11 pm EST, Jan 31) still predicts excellent conditions but clear skies are never guaranteed.

Ultimately, a fouled range – and, in general, any non-technical launch delay – is just an inconvenience for SpaceX and its customer. Nonetheless, each scrubbed launch likely costs the company several hundred thousand dollars and wastes hundreds or even thousands of work-hours. Additionally, given SpaceX’s plans for as many as 52 Falcon launches this year, a few days of delays can quickly become a significant issue if repeated multiple times. With any luck, that won’t be the case and CSG-2’s fouled-range delay will be just a fluke for SpaceX and the Florida launch range.

Thanks to the cruise in question, SpaceX now appears likely to have a Falcon 9 launch scheduled on Monday, Tuesday, and Wednesday (Jan 31, Feb 1, and Feb 2). CSG-2 continues to target a 6:11 pm EST (23:11 UTC) liftoff – just on January 31st, this time around. SpaceX will likely delay Starlink 4-7 another 24 hours, pushing the mission to sometime around 2pm EST (19:00 UTC), February 1st. Last, Falcon 9 remains on track to launch the NROL-87 spy satellite mission remains around 12:18 pm PST (20:18 UTC), February 2nd. There’s a possibility that Starlink 4-7 is now NET February 3rd but that has yet to be confirmed. Beyond those three missions, SpaceX has as many as three more Starlink missions tentatively planned for February after NROL-87.