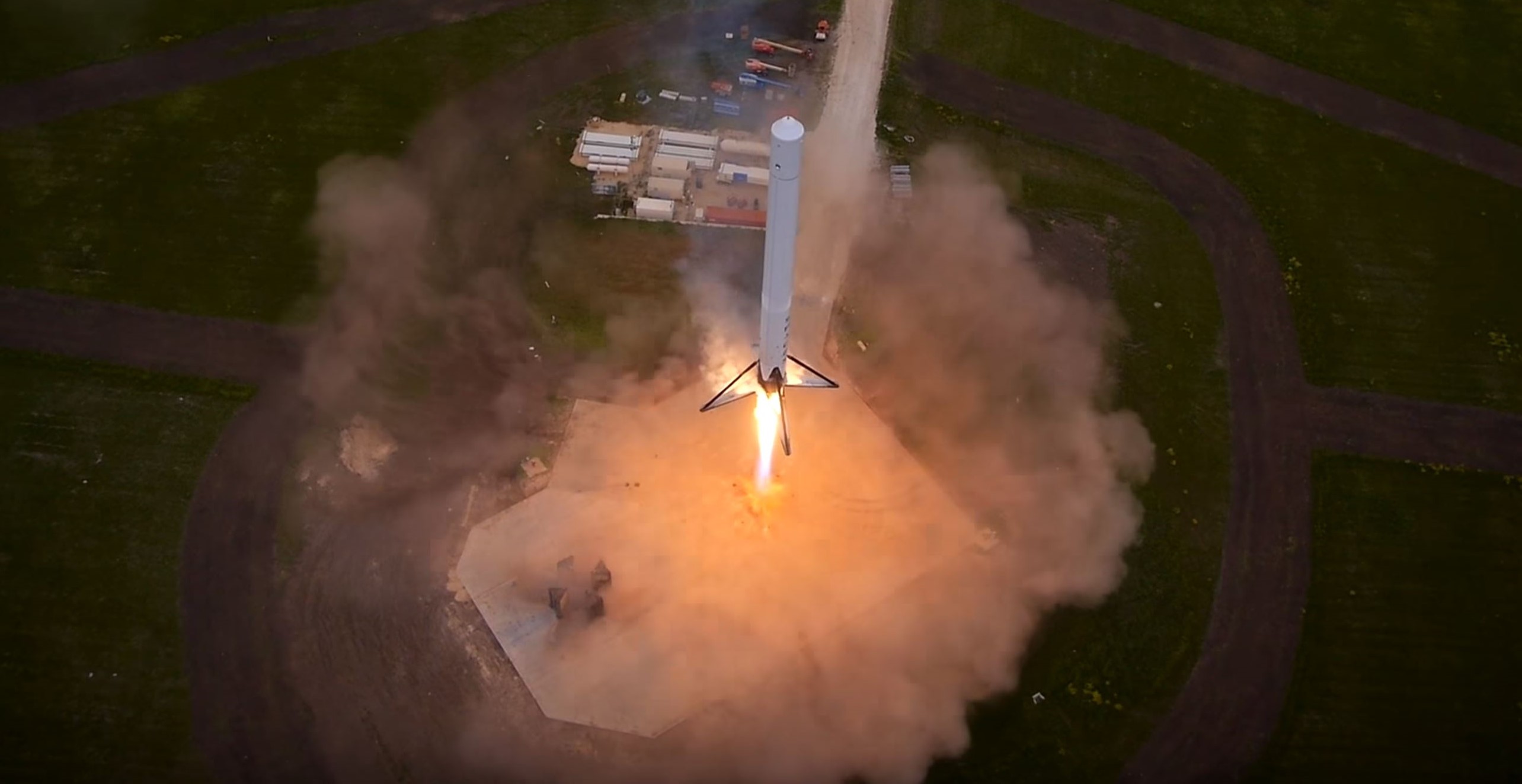 After more than two years of silence, SpaceX has taken the first major tangible steps towards the construction of a dedicated South Texas rocket testing facility.

In anticipation of a full-scale BFR spaceship (BFS) hop test campaign that could begin as early as late 2019, local contractors and a smattering of SpaceX employees have begun to earnestly break down and repurpose a large quantity of dirt – known as a surcharge pile – to allow the construction of real facilities to begin.

Documented as of late by a handful of interested local observers and another subset of less local but equally interested followers, SpaceX’s prospective South Texas test and launch facilities have experienced a near-unprecedented burst of activity over the last two months, most notably including the arrival of a small fleet of heavy machinery and construction contractors at a site SpaceX has been working on for three years.

After ~36 months of dead silence, this activity correlates well with recent comments from SpaceX executives Elon Musk and Gwynne Shotwell indicating that the company is still targeting inaugural BFR spaceship hop tests sometime near the end of 2019.

The infrastructure needed for those early tests could be quite sparse depending on the status of the BFR hardware to be ‘hopped’ – Falcon 9’s Grasshopper and F9R test campaigns, for example, operated off of a tiny concrete pad with extremely minimalist ground support equipment (GSE). Photos from a number of videos SpaceX posted during those crafts’ 2012-2014 series of hop tests demonstrate this minimum well, although chances are good that the company will build up Boca Chica a bit beyond the test pad used for Falcon 9 booster recovery R&D. 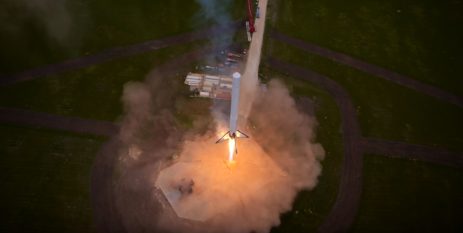 SpaceX’s Grasshopper and F9R hop tests took place exclusively at the company’s well-established McGregor, Texas testing facilities, offering a range of large hangars, three operational Merlin 1D and Vacuum test bays, and dedicated stands for integrated first and second stage static-fire tests, among countless other rocketry-related amenities. The secluded South Texas coastal region where SpaceX wants to test – if not launch – integrated BFRs has none of McGregor’s preexisting infrastructure, however – anything SpaceX needs will have to be built from scratch on-site.

Thus far, almost no real structures have been constructed, aside from a small-ish sheet metal shed that was literally built around a huge crane that arrived on SpaceX property a few months prior. Over the last two or so years, all activity at the South Texas site clustered specifically around a plot where two large radio dishes – and eventually cryogenic storage tanks – were delivered, installed, and/or stored. However, the actual site of the pad SpaceX originally planned to launch Falcon 9 and Heavy from is a mile or two East of that highly visible development, the same location where a flurry of activity has begun in the last month. 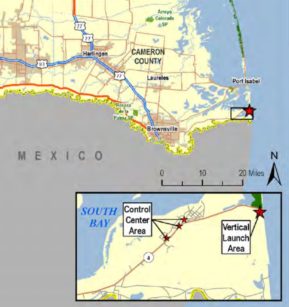 A map showing several locations SpaceX planned (as of 2014) to develop.

In 2015, SpaceX trucked in several hundred thousand tons of dirt to be packed on top of the site where the company eventually planned to build a large Falcon integration hangar and then left for several years to crush the softer marshlands beneath it into firm submission. That time appears to be up, as the work now ongoing at that site is focused on removing that surcharging dirt now that the soil beneath it is stable enough to host heavy, long-term structures like a rocket launch pad.

Most of that massive dirt pile will likely remain at SpaceX’s South Texas property, to be used as a basic construction material as the company begins to build some semblance of the facility described in its approved 2014 environmental impact assessment. As it takes shape, it will become clear just how closely SpaceX is sticking to those original plans. BFR hop tests could begin by late 2019 if prototype spaceship construction – already in work at a tent in Port of Los Angeles – proceeds smoothly.