Located at the Port of Los Angeles, SpaceX erected a huge, temporary tent at a leased berth in December 2017, choosing to begin fabrication of the first BFR composite structures in a more impromptu manner rather than waiting for the completion of lengthy regulatory processes and many more months of construction of a dedicated Mars rocket factory, also to be sited at Port of LA. Both the factory and temporary facility were located in a port (rather than at SpaceX’s already-established Hawthorne factory) due to the simple impracticality of transporting 9m-diameter parts through downtown Los Angeles, estimated to cost a minimum of several million dollars one way from a spattering of past transport projects.

Nine months after the structure was little more than a metal skeleton, SpaceX’s tented facility is now a mature in situ manufacturing wing of the company, evidenced by the fact that SpaceX has already completed its first full-scale composite section (both a section of the spaceship’s fuselage and one of its propellant tanks) and is pushing ahead into full builds of composite tank domes and the spaceship prototype’s Raptor engine section. It may not be practical as a long-term solution, and that certainly is not the plan, but SpaceX seems to be having very little difficulty growing into the eccentric aerospace composites manufacturing hub. 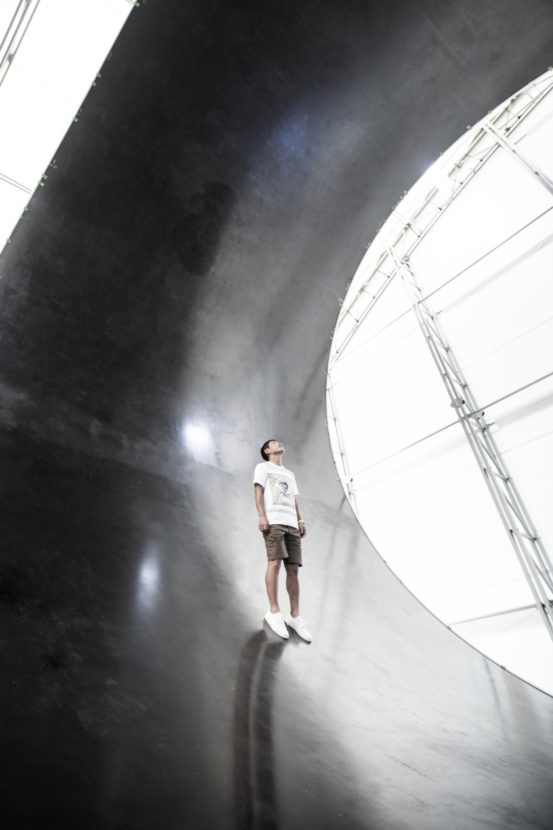 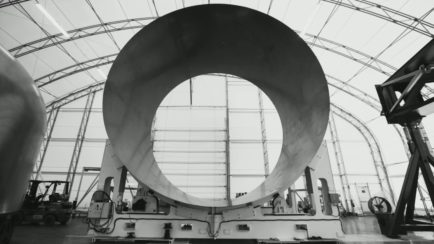 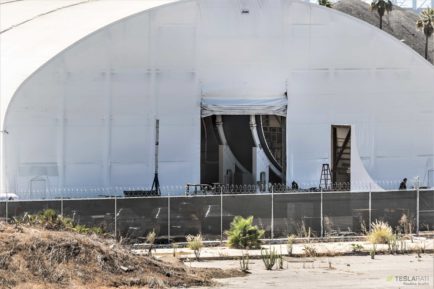 SpaceX’s BFR composites tent had a flap open on September 18th, showing off the very same tank section revealed in a presentation by CEO Elon Musk the day before. (Pauline Acalin) 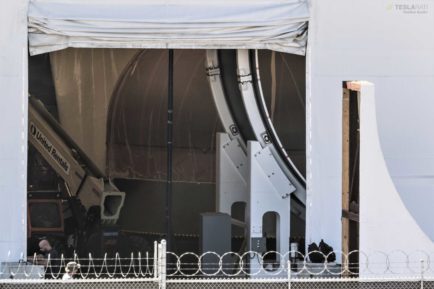 Inside the BFR tent, another tent. Never too many tents. (Pauline Acalin)

Judging from photos of the fresh composite tank section peeking its head out of the tent flap, the question of “How does SpaceX move this outside?” becomes rather unavoidable, and it seems that the plan is to fabricate and assemble the vast majority of the prototype spaceship’s monolithic composite structures before quite literally cutting out a section or partially disassembling the tent.

Thankfully, the dedicated BFR factory SpaceX is now in the process of building happens to be just a few miles away from the tent that manufacturing work is currently housed in, and that should make for relatively easy barge transport to said factory once its first phase of construction is complete (as early as Q2-Q4 2019). As of September 1st, the future location of that factory is currently going through gradual phases of site preparation, most notably including the installation of below-ground utilities and general surveying, dirt-moving, and leveling of the actual ground the factory will be built on.

Perhaps as early as H2 2019, SpaceX will begin to move its first complete or partially-complete BFR spaceship prototype from its tented production facility to the Southern Coast of Texas, where it will begin a series of hot-fire hop tests to prove out its Raptor engines, aerodynamic characteristics, structural composition, and more.