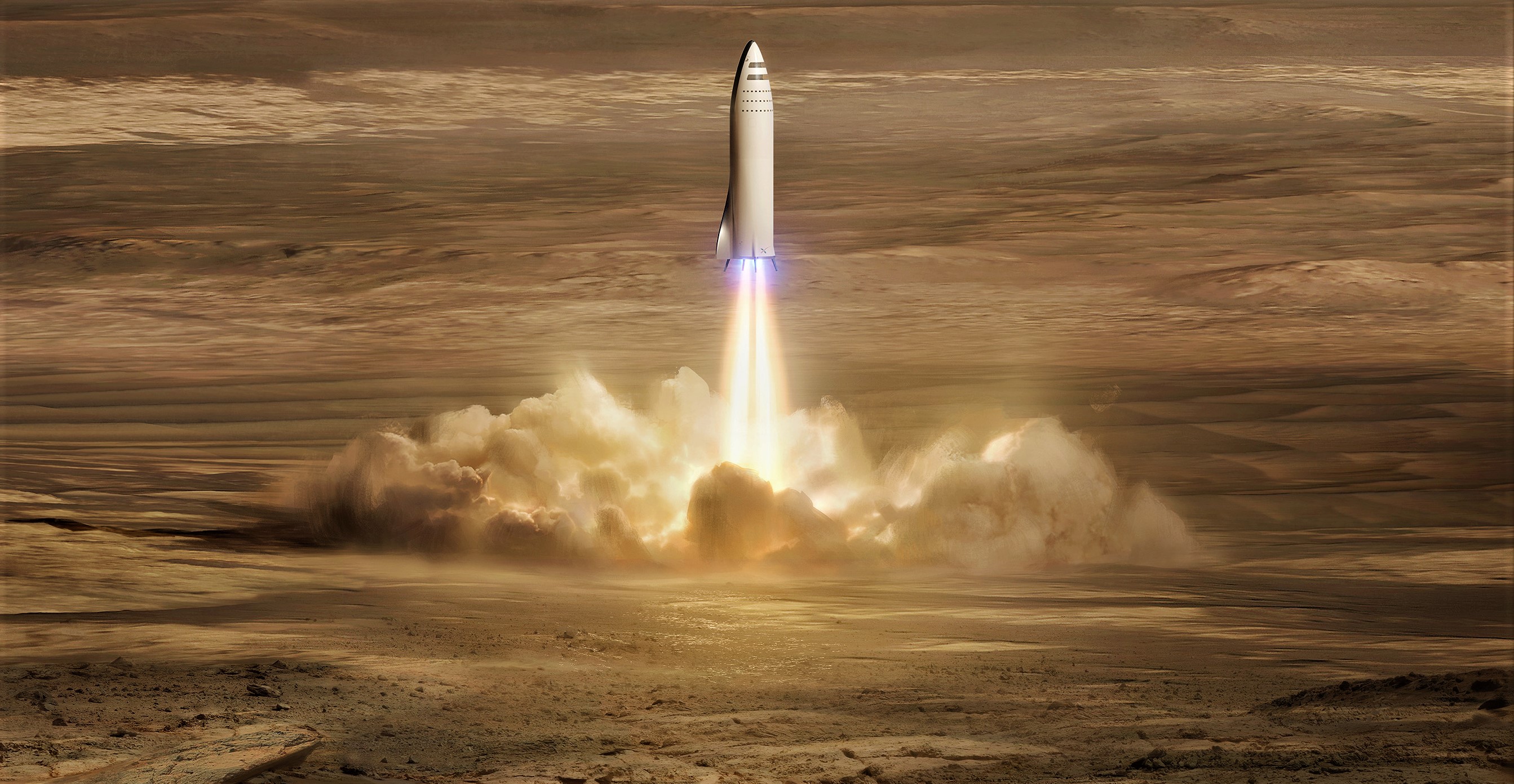 Speaking on a panel titled “Future of Space” at a 2018 conference for the Defense Advanced Research Projects Agency’s (DARPA) 60th anniversary, SpaceX COO and President Gwynne Shotwell reportedly confirmed that SpaceX is still targeting integrated BFR tests in 2019, in the form of hops with the next-gen rocket’s upper stage (known as BFS).

SpaceX has been gradually developing the BFR over the last two or so years, a rocket specifically intended to itself enable the sustainable, long-term colonization of Mars as quickly as practicable. The vast majority of that effort has been put funneled into the heart of the vehicle, a new propulsion system known as Raptor. Predicted years ago to be several times more powerful than the most modern iteration of Raptor, the rocket engine is targeting extreme efficiency both in its thrust to mass ratio and in the unique full-flow staged combustion cycle that will feed it propellant.

According to a major update from Elon Musk in late 2017 and early 2018, Raptor is expected to be roughly two times as powerful as the Block 5 Merlin 1D engines that power SpaceX’s Falcon 9 and Heavy rockets, while also being dramatically more efficient (judged from a measure known as Isp, or specific impulse) thanks to that aforementioned combustion cycle and the choice of liquid methane and oxygen as BFR’s propellant. In its sea level variant, SpaceX’s c. 2017 Raptor will generate 1700 kN (~380,000 lbf) of thrust – exactly 2X Merlin 1D’s current ~850 kN (~190,000 lbf) thrust rating. The vacuum variants of each rocket engine wind up with roughly 10% greater thrust.

SpaceX’s Mars city aspirations are functionally unachievable without an extraordinarily capable Raptor propulsion system ready to power BFR’s booster and spaceship. As such, initial hop tests (akin to the Grasshopper testing SpaceX used to flesh out Falcon 9 rocket recovery) can be expected to lean heavily towards a flight-test program for Raptor, perhaps mixed with some more serious structural experimentation and testing in later phases.

It’s also likely that initial Grasshopper-style testing of BFS will focus in part on the vehicle’s legs and general aerodynamic characteristics, absolutely critical if SpaceX hopes to land its first cargo and crew spaceships on unprepared Martian terrain – something that will have to be done to avoid major changes in early Mars mission strategy. Combined with some sort of autonomous radar (or perhaps a Tesla-assisted computer vision solution) and extensive prior planning (mapping out landing spots), those legs will need to be flexible enough to absorb any major terrain imbalances and prevent the rocket and its sensitive cargo from tipping over.

Equally importantly, hop testing – at least of the more extreme variety hinted at by CEO Elon Musk – will also allow SpaceX to test the aerodynamic behavior and control surfaces of the spaceship at points in Earth’s upper atmosphere that almost perfectly mirror the unusual atmospheric conditions on Mars, something that has already been exploited scientifically by both SpaceX and NASA during Falcon 9’s recovery development.

Per long-time SpaceNews correspondent Jeff Foust, Shotwell was paraphrased saying that she expected spaceship hop tests could begin as early as late 2019, admittedly a multi-month delay from “early 2019” comments made by Musk (and even Shotwell) earlier this year and late last year.