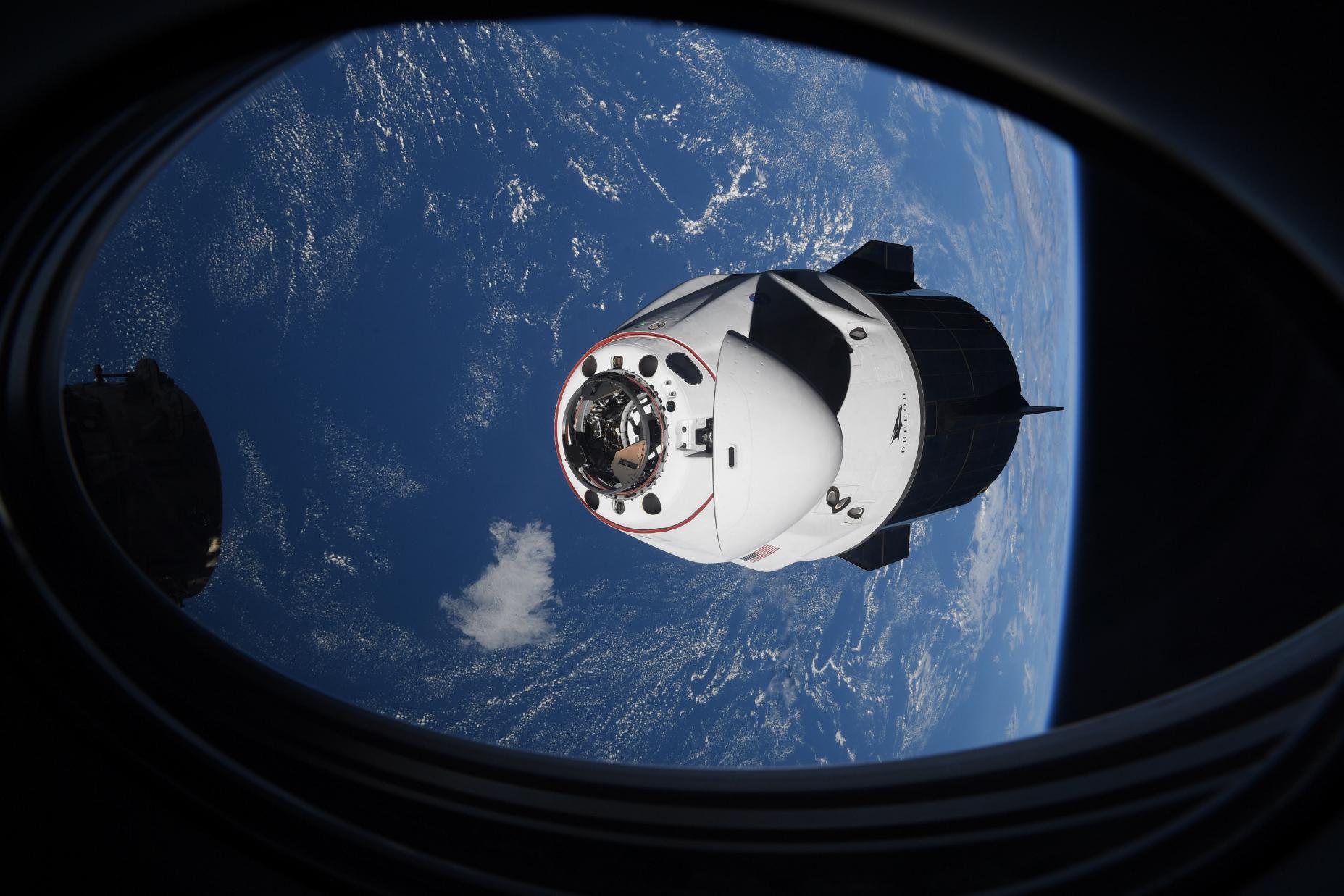 Capping off a smooth 24 hours of free-flight following an equally successful Falcon 9 launch on Friday, April 23rd, Dragon’s third crewed space station arrival was captured in spectacular fashion – thanks in part to the presence of a separate Crew Dragon vehicle already docked to the orbiting outpost. Recently swapped between the two ISS docking ports capable of supporting Dragons, Crew-1 NASA astronaut Mike Hopkins had – by far – the best view in the house of Crew-2’s space station rendezvous while looking out the window of the other Crew Dragon on orbit.

Former NASA flight director and Space Shuttle program manager Wayne Hale put it best, stating that SpaceX “[made] it look easy” with a “perfectly successful [Crew-2] launch and docking” – the company’s third astronaut launch and space station rendezvous since May 2020.

After a mere three days of delays – one for weather – from an April 20th (4/20) target set almost three months earlier, Crew Dragon lifted off on SpaceX and NASA’s Crew-2 mission shortly before dawn on April 23rd. As the rocket rapidly carried Dragon and its passengers from sea level to dozens of kilometers above the Earth’s surface, it sailed into sunlight, producing a spectacle that stretched across a vast swath of the pre-dawn sky as the sun lit up Falcon 9’s second stage exhaust plume.

The four astronauts aboard the flight-proven Dragon were equally amazed as the inky black vacuum outside their spacecraft’s windows turned to blinding, unfiltered sunlight. One spectacle and a flawless trip into orbit on Falcon 9 behind them, French European Space Agency (ESA) astronaut Thomas Pesquet caught a glimpse of the rocket’s expended second stage effectively flying in formation a few miles below Crew Dragon.

After almost exactly 24 hours on its own and five major Draco thruster orbit-raising and trajectory-matching burns, as well as an unwelcome collision avoidance warning that ultimately turned out to be a false alarm, Crew Dragon capsule C206 completed its second space station docking without delay around 5am on April 24th. Pesquet has published several dozen excellent photos of the flight and docking, offering the best look yet at what life aboard a free-flying Dragon is really like for the four astronauts packed into a volume – as he himself notes – roughly equivalent to a large car’s cabin.

With its successful arrival, SpaceX – for the first time ever – had two separate Crew Dragon spacecraft docked to ISS simultaneously, marking the first of at least two more Dragon ‘hand-off’ milestones to come. Though NASA nominally planned to have Commercial Crew providers SpaceX and Boeing essentially take turns on operational astronaut ferry missions, the latter company’s Starliner spacecraft is more than a year and a half behind schedule and is unlikely to perform its first crewed demonstration flight before Q1 2022.

In other words, SpaceX has been forced to mature its Crew Dragon program much faster than expected to complete at least four back-to-back astronaut launches in ~17 months, while NASA is effectively dependent on the company to ensure the ISS remains fully crewed from May 2020 to sometime in 2022.

Following Crew-2’s smooth arrival, Crew-1’s Crew Dragon and its four-astronaut crew will return to Earth as early as April 28th. Sometime in October or November 2021, SpaceX will repeat that hand-off process once again when it launches Crew-3 and recovers Crew-2. There is a distant chance Boeing will have completed two successful test flights and be ready for Starliner’s operational astronaut launch debut in early 2022, but it’s arguably much more likely that SpaceX will also perform a third hand-off between Crew-3 and Crew-4 sometime in Q2 2022 before finally handing over the reins to Starliner.