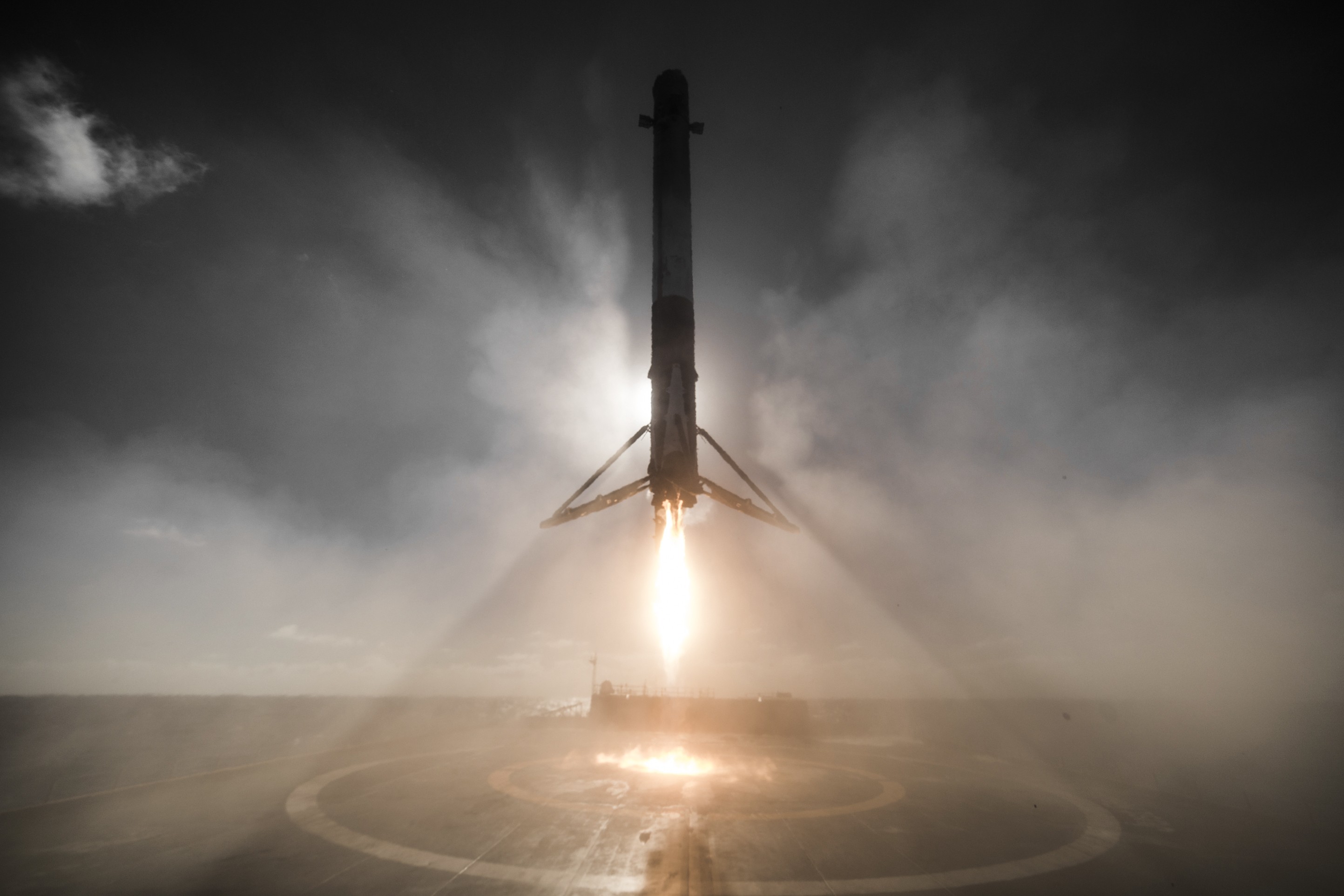 Just over three days after SpaceX successfully launched its Iridium-2 payload and recovered the first stage aboard its Western drone ship, the autonomous spaceport drone ship (ASDS) has returned to port to begin the process of offloading its Falcon 9 passenger.

Locals have already begun to post photos on Twitter, and at least one fan livestreamed the arrival. Higher quality photos will undoubtedly arrive soon, and the docking of a drone ship usually closely precedes SpaceX releasing photos of the first stage recovery. Just Read the Instructions and Falcon 9 B1036 in all its soot-covered glory. (Periscope/@freddyp75)

This marks the second time that SpaceX has recovered an intact Falcon 9 on the West Coast, with the previous recovery also following an Iridium launch in January 2017. Fans might remember the unsuccessful recovery attempt following the West Coast launch of Jason-3, which gracefully fell over upon landing after one of its legs failed to lock. The octaweb and other parts of that first stage were last seen stored outside near SpaceX’s Hawthorne, California facilities.

This booster will also likely end up at Hawthorne before being sent to McGregor, Texas. However, there is also a chance that it will be transported directly to McGregor or even to the company’s Kennedy Space Center facilities for refurbishment. Given that SpaceX’s first successful reuse utilized the other recovered Iridium stage, it is all but certain that this core will be a prime suspect for reuse later this year. It will also be interesting to see how B1036’s new titanium grid fins fared when compared with the old aluminum fins. Jumping over to the East Coast, Of Course I Still Love You is currently estimated to arrive in Port Canaveral sometime tomorrow, but that could certainly slip to June 30th depending upon port traffic. The previously reused stage it is carrying was noted to have landed very hard and had a discernible lean due to the crush core in its landing legs being fully utilized. As a result, a great deal of care is likely being take in ensuring the successful return of the stage to port. Aside from making recovery a bit harder for the crew, the lean is of little concern to the actual condition of the recovered stage. For example, the only other leaning first stage has now been converted into a side booster for the upcoming debut of Falcon Heavy, following its successful launch of the Thaicom-8 satellite in May of 2016. 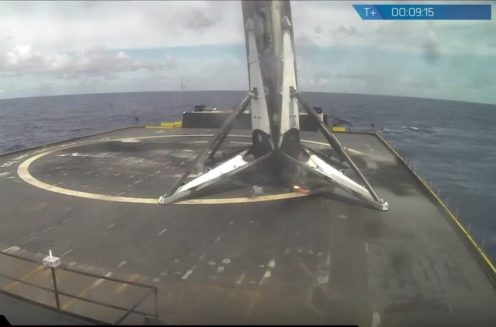 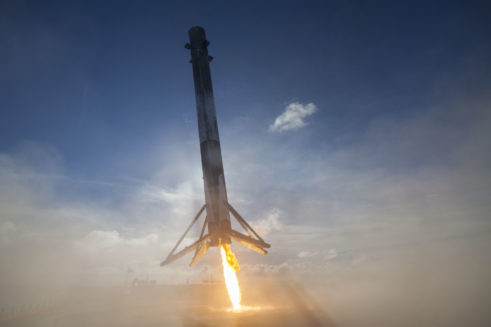 All things considered, it has been and will continue to be quite a birthday week for Elon Musk. Three launches – one being a successful first stage reuse – and two recoveries in nine days are a staggering accomplishment for SpaceX and a resounding affirmation of Musk’s vision of routine and affordable access to space.

Nevertheless, SpaceX and Musk of course do not sleep, and LC-39A’s transporter erector is currently inside the pad’s integration facility for a static fire tomorrow before yet another launch this Sunday.