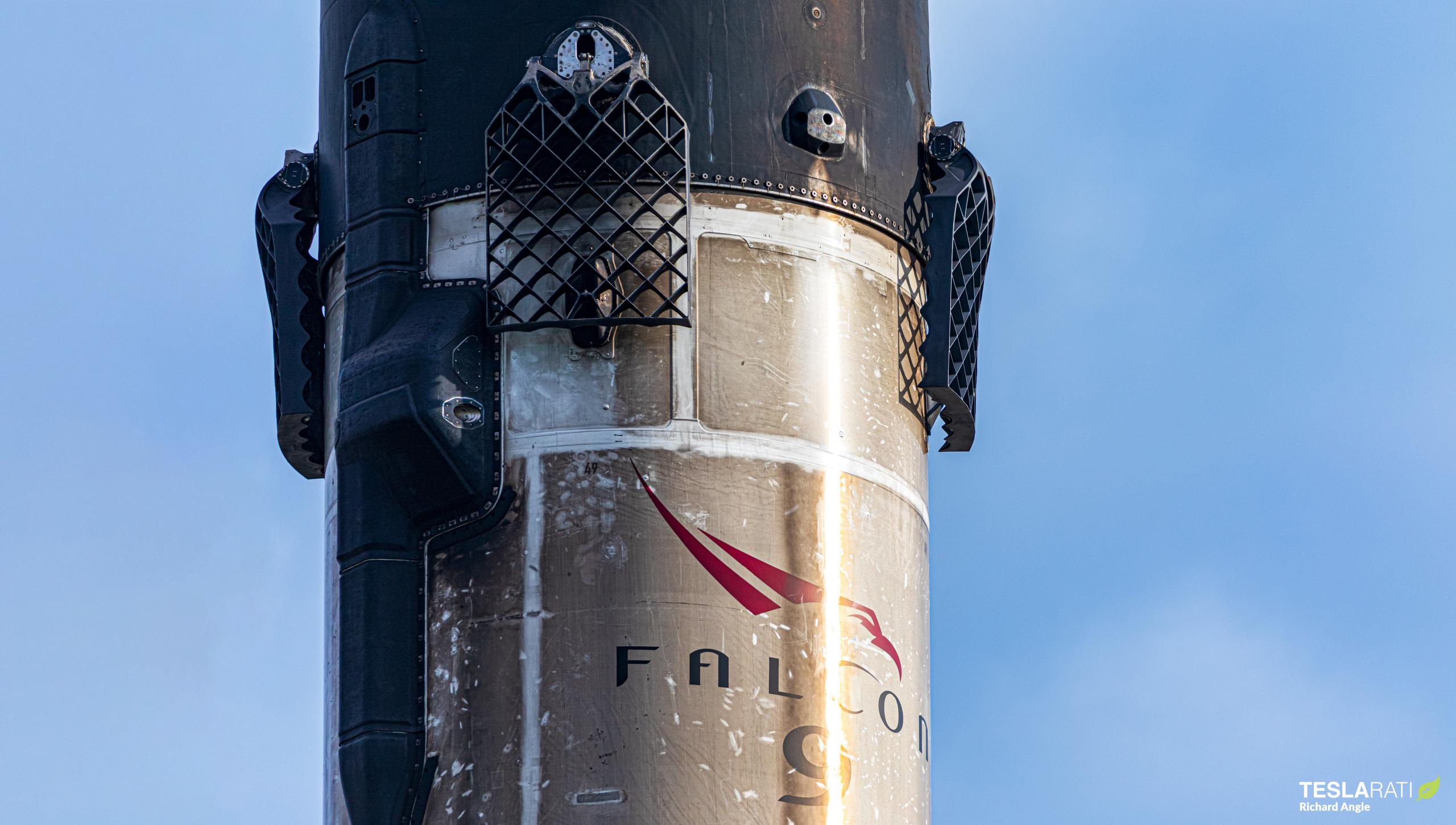 Looking surprisingly indifferent to the experience, Falcon 9 booster B1049 successfully completed its seventh orbital-class mission when it returned to Port Canaveral on November 28th. (Richard Angle)

SpaceX is well and truly 70% of the way to a longstanding rocket reusability target after successfully launching and landing the same Falcon 9 booster on seven orbital-class missions.

Known as Falcon 9 B1049, the record-breaking rocket booster and new “fleet leader” safely returned to Port Canaveral aboard drone ship Of Course I Still Love You (OCISLY) on Saturday, November 28th. Aside from a minor hiccup and 24-hour delay from a vague need for “additional mission assurance,” Falcon 9’s seventh-flight debut was as flawless as ever, simultaneously marking the rocket’s 100th launch overall and 99th success after a decade of operation.

Crystallized in May 2018 and floated many times before by CEO Elon Musk in years prior, SpaceX’s primary goal for Falcon 9 reusability has been ten flights per booster with near-zero refurbishment between launches for several years. As such, Falcon 9 B1049’s latest success means that SpaceX is just three flights away from crossing that partly symbolic but still spectacular milestone.

For as long as SpaceX and Musk have been transparent about their desire to implement reusability into orbital-class rockets, entrenched competitors like Arianespace and United Launch Alliance (ULA) have almost continuously responded with vague internal studies that conclude that changing their ways is counterproductive. Often, somewhat arbitrary figures arise, with ULA executives frequently falling back on the excuse that SpaceX-style reusability only makes financial sense if a booster fleet averages at least ten flights each.

Arianespace executives have echoed similar sentiments over the years and more recently implied that it would only ever make sense to invest in SpaceX-style reusability if the conglomerate could guarantee at least 30 launch contracts annually.

Instead of complaining and splitting theoretical hairs for the better part of a decade, SpaceX simply started working. After many tries, the first successful Falcon 9 booster landing came in December 2015. ~15 months later, SpaceX reused an orbital-class rocket booster on a commercial mission for the first time ever. Another 14 months after that, Falcon 9 Block 5 debuted with a bevy of upgrades focused on reusability and reliability, and that same Falcon 9 booster became the first to launch on three orbital-class missions just seven months later.

Falcon 9 B1049 debuted in September 2018. 26 months later, the rocket has completed its seventh successful launch and landing, averaging one orbital satellite launch every ~110 days – an impressive feat for the fourth Block 5 booster ever built. Newer boosters like Falcon 9 B1058 are already improving on the records of their predecessors, managing an average of one launch every 60-80 days.

Even if ten flights were to inexplicably become a permanent design limit for all Falcon operations, SpaceX’s current fleet of eight flight-proven Falcon 9 boosters would still be capable of singlehandedly supporting at least 54 more launches, with another 16 on top of that if two dormant Falcon Heavy side boosters are converted for single-core use. SpaceX is unlikely to stop producing Falcon boosters for at least another year or two, adding at least 6-10 more first stages to the fleet to support dozens of crucial Falcon 9 and Falcon Heavy launches over the next 5-10 years.

In simpler terms, it’s almost time for SpaceX’s competitors to move their goalposts again. If B1049 can mirror its 2020 average of one launch every ~80 days, the Falcon 9 booster could be ready for its tenth flight as early as Q3 2021 (with B1051 not far behind it).