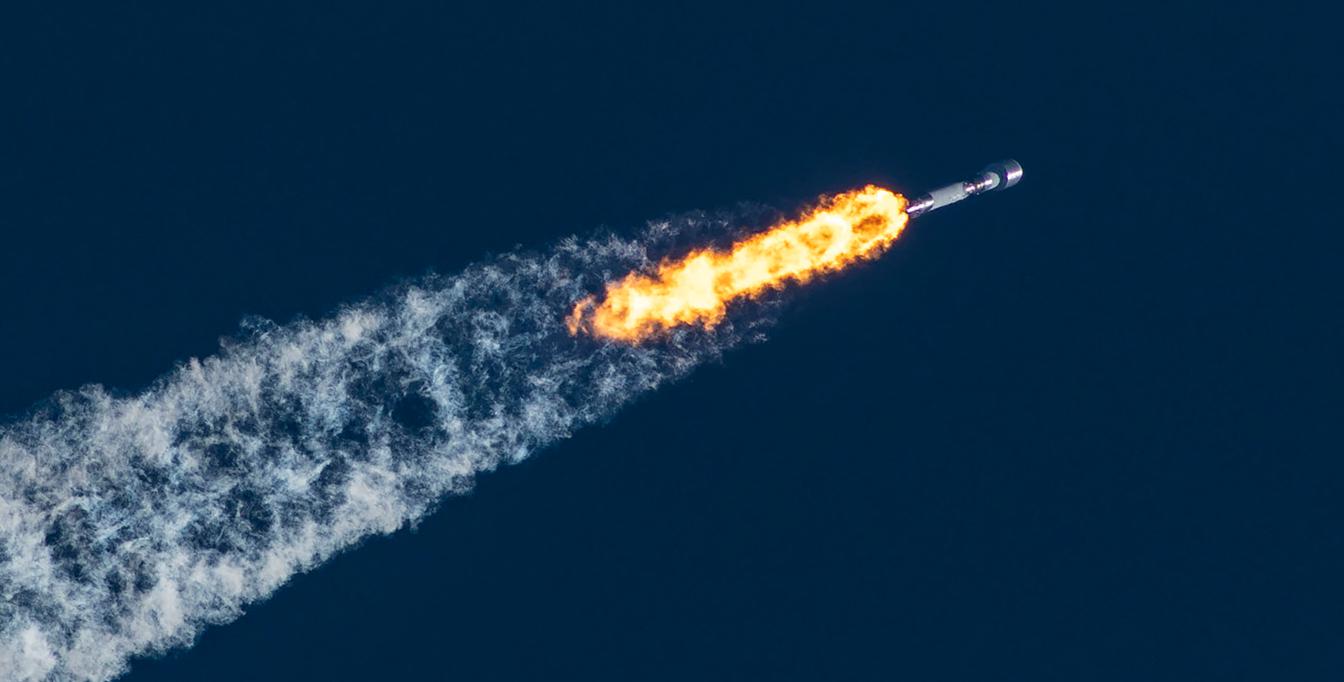 For the second time, a SpaceX Falcon 9 booster has completed its eleventh launch, spaceflight, and landing – helping deliver dozens of new Starlink satellites to orbit in the process.

After a one-day delay for “recovery weather,” Falcon 9 booster B1058 lifted off with 46 Starlink 4-8 satellites on February 21st. The well-worn rocket performed as expected, boosting Falcon 9’s upper stage and Starlink payload above the majority of Earth’s atmosphere, coasting hundreds of miles downrange, and ultimately landing aboard drone ship A Shortfall of Gravitas (ASOG) less than nine minutes after liftoff. The mission’s single-use upper stage also performed nominally and completed two burns of its Merlin Vacuum engine before spinning up and releasing its stack of satellites a bit like a deck of cards.

For B1058, the mission was its 11th orbital-class launch and landing since May 2020, when it become the first US or SpaceX-made rocket to launch astronauts since 2011. Every one of the booster’s launches has sent it coasting more than 100 kilometers (62 mi) above Earth’s surface – a fairly arbitrary internationally-agreed-upon distinction between the atmosphere and ‘space’.

In one of the most impressive displays of orbital-class reusability in the history of spaceflight, Falcon 9 B1058 completed those 11 launches in 21 months, averaging one launch every 57.5 days for the better part of two years. However, a different Falcon 9 booster could reportedly break that record barely a week from now.

SpaceX has at least two more launches scheduled over the next two weeks. Starlink 4-11 could launch from the company’s California pad as early as 7:40 am PST (15:40 UTC), February 25th, and is expected to use Falcon 9 booster B1063, which will be flying for the fourth time. Subsequently, as early as ~1 pm EST (18:00 UTC), March 3rd, Falcon 9 B1060 is reportedly scheduled to launch Starlink 4-9, becoming the third SpaceX booster (after B1051 and B1058) to perform eleven orbital-class launches.