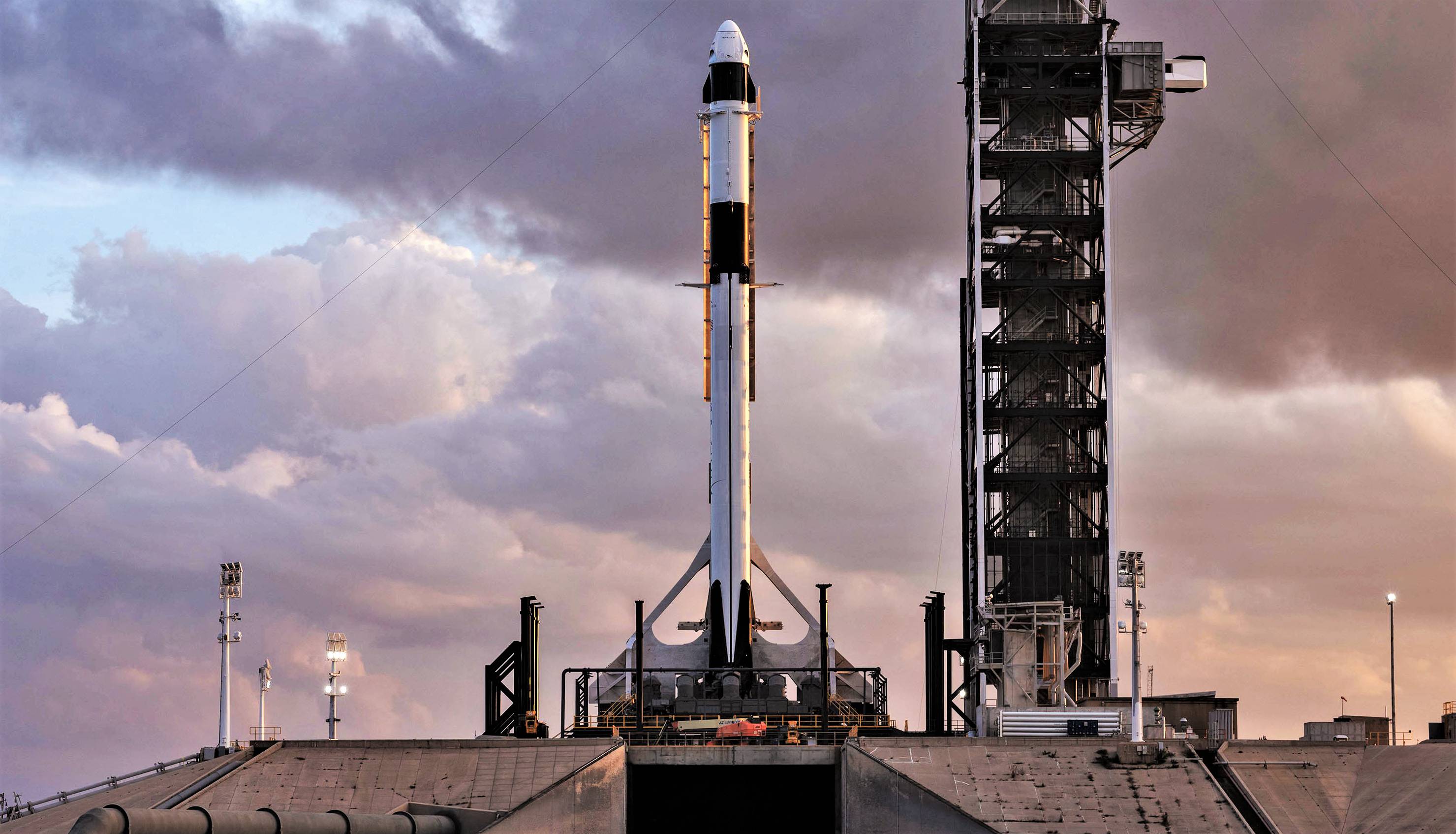 SpaceX has completed a hot-fire test of Falcon 9 B1051 at Pad 39A, hopefully demonstrating that the company’s first human-rated rocket is ready to support the orbital launch debut of its Crew Dragon spacecraft.

Given NASA’s uniquely conservative tendencies, it’s hard to extrapolate from SpaceX’s well-worn launch operations. Nevertheless, if the data from this static fire show a healthy spacecraft and rocket, SpaceX will likely be well on their way to the first (uncrewed) orbital launch of Crew Dragon, currently expected no earlier than (NET) the second half of February.

In an intriguing sign that Crew Dragon was fully fueled and ready to abort at any second, SpaceX Dragon recovery vessel GO Searcher was stationed in the Atlantic Ocean just a few miles East of Falcon 9’s static fire attempt at Pad 39A. In other words, if Falcon 9 were to have experienced a potentially catastrophic anomaly during propellant loading or Merlin 1D ignition, Crew Dragon would have likely ignited its 8 Super Draco abort thrusters to rapidly accelerate away from the rocket, theoretically saving itself (and any astronauts aboard). GO Searcher would have then quickly recovered the forlorn spacecraft after it deployed its parachutes and landed in the ocean, essentially a replay of the Pad Abort test SpaceX engineers and technicians completed in 2015.

Designed with the sole intention of ensuring that Crew Dragon is capable of safely aborting an anomalous launch and carrying astronauts to safety at almost any point between ignition and orbit, that same launch abort system (LAS) also offers the option for Crew Dragon to escape a potentially damaging situation even without a crew aboard. In the latter case, Crew Dragon’s hardware would be preserved for potential refurbishment and reuse, likely saving SpaceX and NASA tens of millions of dollars (if not $100M+) and cutting months off of the inevitable delays that would follow. Crew Dragon’s integrated LAS – meaning that the spacecraft brings it wherever it goes – is completely unique in the history of crewed spaceflight and ultimately offers unbeatable protection for any astronauts or passengers entrusted to it.

Thanks in large part to undoubtedly disruptive NASA demands that may well be far more conservative than necessary, SpaceX extensively re-engineered Falcon 9 for ease of manufacturing and extreme reliability, both of which go hand in hand. Among dozens of minor to major changes, M1D and MVac engines were modified to mitigate minor problems with turbopump blades fracturing, overall avionics redundancy was upgraded, and Falcon’s ultra-high-pressure helium storage tanks (COPVs) were drastically redesigned.

These upgrades were ultimately integrated into the iteration known as Block 5. According to SpaceX’s updated Falcon 9 and Heavy payload user guide, “[aside from the payload interface], all first- and second-stage vehicle systems are the same [for Dragon and satellite launches], indicating that the same exact rocket is produced for any given single-stick Falcon 9 launch. This means that all SpaceX customers, US government or not, benefit directly from the reliability demanded by NASA and the US military for crewed and uncrewed launches. It also means that SpaceX’s production system remains exceptionally simple, as just a single upper stage and booster variation is needed for the vast majority of the company’s launches. Falcon Heavy requires a unique center core booster and nosecones but is otherwise unchanged from Falcon 9.

According to Russian media, SpaceX is now targeting Crew Dragon’s launch debut NET February 16th. Liftoff will occur around 8am EDT (13:00 UTC) if that timeframe holds.

The Russians are claiming NET 16th, but again – don’t go booking any flights. That may not stick.