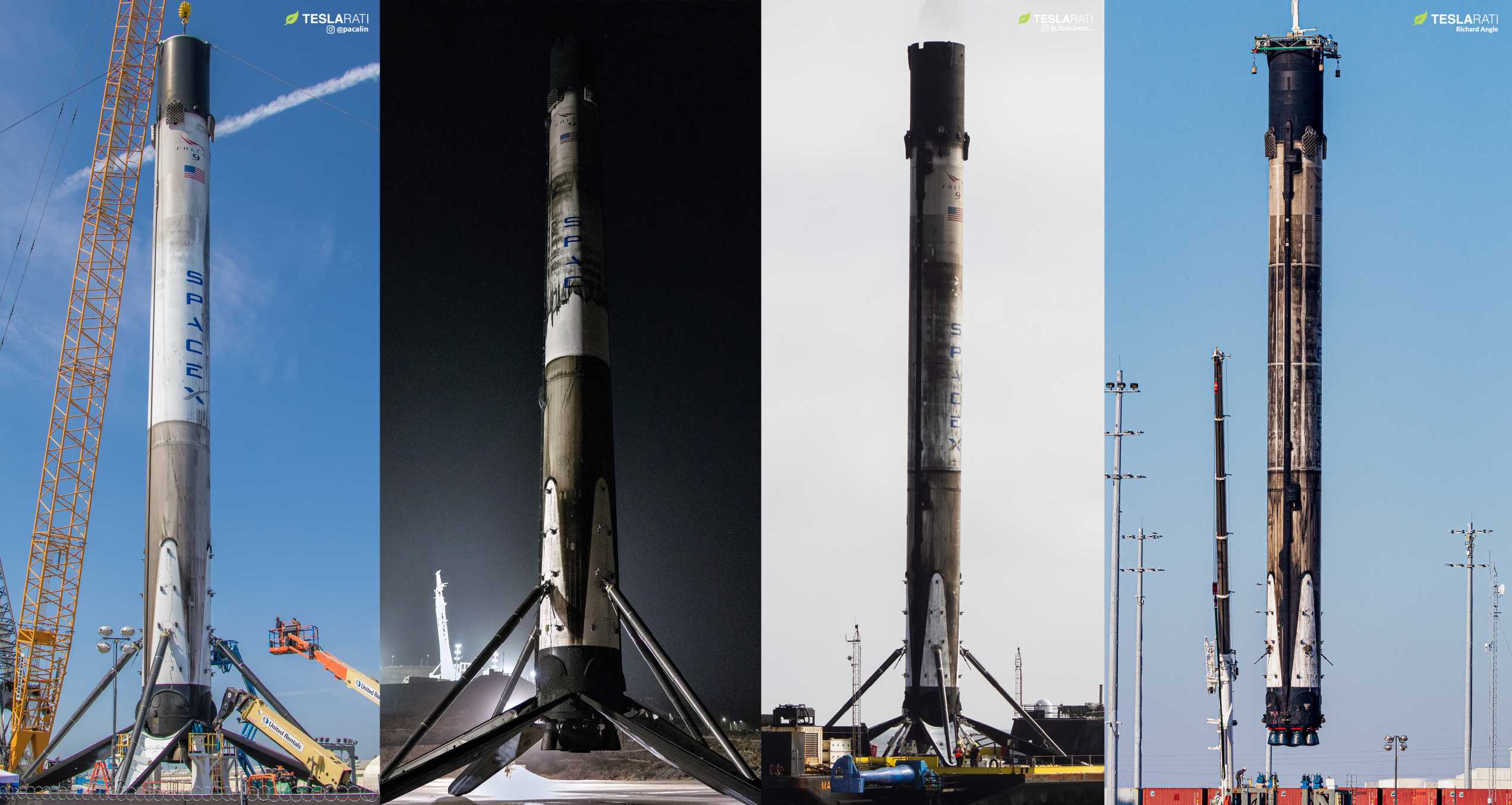 Thanks to a recent cluster of major milestones, SpaceX’s family of Falcon 9 and Heavy rockets are rapidly nearing the halfway point along the path to several ambitious goals for booster and fairing reusability.

Back in the early 2010s, SpaceX’s CEO Elon Musk’s original dream was to make Falcon 9 and Falcon Heavy 100% reusable, meaning that the company would need to find ways to reliably recover boosters (first stages), payload fairings (or Dragon spacecraft), and the rocket’s upper (second) stages. The concept of Falcon 9 second stage reuse actually survived all the way into 2018 before Musk ultimately conceded defeat, accepting that Falcon 9 and Heavy simply didn’t offer the performance necessary to make full reusability a worthwhile investment. The concept, however, still lives on in SpaceX’s next-generation Starship launch vehicle.

This does mean Falcon rockets will never be fully reusable, but it’s still up to SpaceX to decide how far they’ll push the envelope with the rockets’ existing reusable hardware. At the moment, it appears that a vast majority of Falcon rockets will be able to be routinely recovered and reused, capitalizing on the fact that Falcon 9 and Falcon Heavy boosters already represent some 50-75% of the cost of building each two-stage rocket. While Falcon upper stages and Dragon trunks will never be reused, both booster and payload fairing reuse are rapidly approaching their own unique halfway points on the path to ambitious reusability targets.

Worth an estimated $3M per half according to CEO Elon Musk, Falcon 9’s payload fairing represents approximately 10% of the rocket’s total manufacturing cost. Made out of a carbon fiber and aluminum honeycomb composite material, fairings also also takes a disproportionate amount of time and space to produce – primarily due to their large size (a school bus could comfortably fit inside a fairing) and the need for commensurately large curing ovens. That composite honeycomb structure also makes it relatively easy for Falcon payload fairings to suffer from corrosion when dunked in seawater, leading SpaceX to the seemingly bizarre solution of installing giant arms and nets on ships.

Catching fairings has proven to be incredibly unforgiving, however, and SpaceX has simultaneously worked to make its Falcon fairings much more waterproof (and thus resistant to corrosion) while keeping them as light as possible. In fact, SpaceX’s first fairing reuse occurred less than three months ago and used two halves that previously landed in the Atlantic Ocean, demonstrating that difficulties reliably catching fairings will not stand in the way of reuse.

Ms. Chief missed her January 29th catch attempt, she still managed to fish her fairing half out of the ocean, while Ms. Tree’s successfully-caught half means that SpaceX ultimately recovered the full Starlink V1 L3 fairing. With a little luck, that recovered fairing will launch again in the near future.

Simultaneously, SpaceX is making excellent progress along the path to airliner-like rocket reusability. In November 2019, on the same Starlink mission that debuted flight-proven fairings, Falcon 9 booster B1048 became the first SpaceX rocket to launch (and land) four times. Less than two months later, Falcon 9 B1049 doubled down on that reusability milestone, becoming the second booster to launch and land four times, followed by Falcon 9 B1046 just 12 days later. Falcon 9 B1046 was (intentionally) destroyed after its fourth launch, precluding a fourth landing attempt, but it emphasizes just how confident SpaceX is in Falcon 9’s Block 5 upgrade.

Designed to allow each Falcon 9 and Heavy booster to perform a minimum of 10 launches and landings, the Block 5 upgrade is potentially just a few weeks away from reaching the halfway point along the path to that ambitious reusability design goal. Speaking at the NASA Kennedy Space Center earlier this month, a SpaceX engineer recently revealed that a Falcon 9 booster would conduct its fifth launch in support of a Starlink mission (either Starlink V1 L4 or L5) scheduled no earlier than (NET) mid-to-late February.

Pictured above, Falcon 9 booster B1048 – the first to launch four times – is the likeliest candidate for the first fifth flight of a SpaceX rocket. If the booster’s reuse goes as planned, it’s safe to say that Falcon 9 B1049.4 will follow closely on the heels of its predecessor with its own fifth-flight milestone. All things considered, SpaceX’s workhorse rocket is rapidly approaching the zenith of its theoretically-achievable reusability.