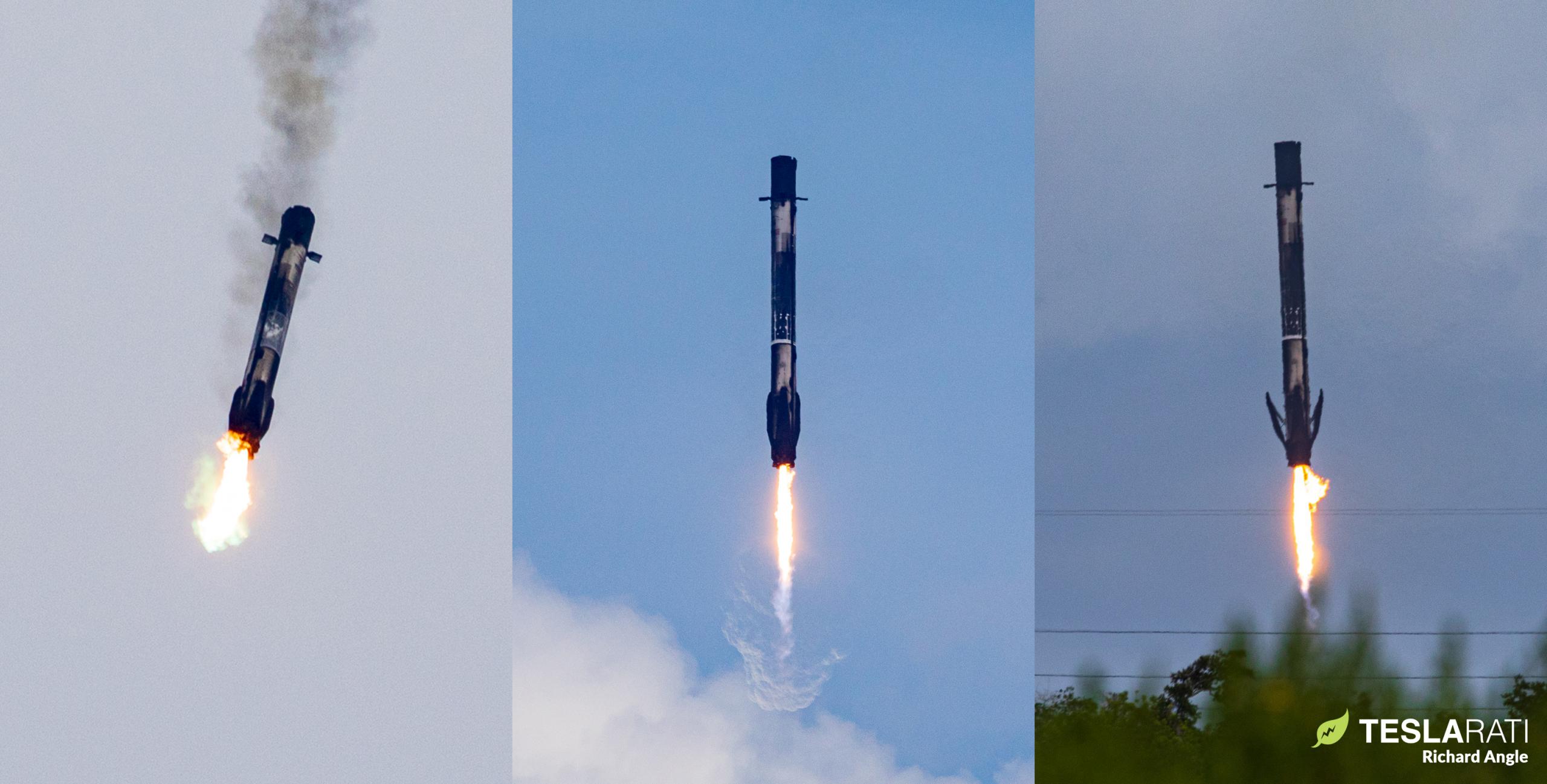 Falcon 9 has successfully completed its first land landing of the year, returning to LZ-1 around eight minutes after launch. (Richard Angle)

For the first time this year, a SpaceX Falcon 9 booster has landed back on land after supporting the US East Coast’s third polar launch in half a century.

Known as Transporter-2, the mission is SpaceX’s second dedicated rideshare launch as part of its own Smallsat Program. Transporter-1 smashed the all-time record for the number of satellites flown on a single rocket, successfully carrying 143 spacecraft into orbit in January 2021. Six months later, Transporter-2 lifted off from Cape Canaveral at 3:31 pm EDT (17:31 UTC) on June 30th, approximately six days later than originally planned.

Unspecified issues – perhaps related to Falcon 9’s payload fairing – triggered a five-day delay from June 24th to June 29th, when a last-second airspace violation forced SpaceX to abort the launch and try again on June 30th. Finally, in spite of stormy weather, everything came together for a launch attempt late in that Tuesday window.

Flying for the eighth time in 12 months, Falcon 9 booster B1060 aced its role in the mission, boosting Falcon 9’s expendable upper stage, payload fairing, and ~88 satellites out of Earth’s atmosphere and on their way to orbit. Flying for the third time, both of the Falcon 9’s reused fairing halves also did their job, protecting those satellites from the elements and aerothermal stress on the ground and during ascent.

Transporter-2 was SpaceX’s 20th orbital launch of 2021, a cadence that could enable as many as 40 launches this year. That also means that barring surprises, SpaceX could match its annual record (26 launches; set in 2020) just eight months into 2021, all but guaranteeing that the company will smash that record before the end of the year. As of June 30th, SpaceX has now completed 36 orbital launches and 35 Falcon 9 first stage landings in the last 12 months, losing only one booster in the process.