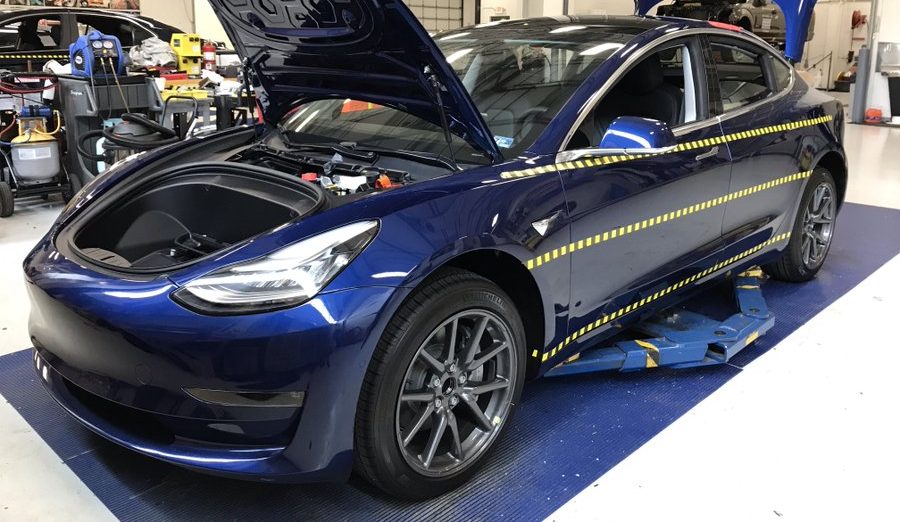 The Tesla Model 3 with pure vision Autopilot may have already secured a Top Safety Pick+ rating from the Insurance Institute for Highway Safety (IIHS), but CEO Elon Musk believes that Tesla could still do better. In a post on Twitter, Musk noted that Tesla would be looking to achieve maximum safety scores in the IIHS’ tests, including all of the agency’s subcategories and individual tests.

The Top Safety Pick+ rating is already the IIHS’ highest overall safety score, and it’s quite difficult to achieve too. Vehicles considered as part of the IIHS’ Top Safety Pick+ list must gain “Good” scores in critical tests such as the driver-side small overlap front, moderate overlap front, side, roof strength, and head restraint tests. “Good” ratings must also be earned by the vehicle’s headlights, a metric that has challenged even Tesla in the past.

Top Safety Pick+ from IIHS! That’s the highest overall rating, but we think we can get max score for all subcategories/individual tests too.

While the Model 3 with pure vision Autopilot’s overall safety scores in the IIHS’ tests are definitely deserving of a Top Safety Pick+ rating, a look at the vehicle’s specific scores in each of the agency’s tests would show that there is still some room for improvement. The Model 3’s child seat anchors, for example, were only given an “Acceptable” rating. The same was true for the Model 3’s driver injury measures for the lower leg/foot during the small overlap front driver-side crash test.

The IIHS also listed the Model 3’s vehicle-to-pedestrian front crash prevention scores as “Advanced,” which is a good score but a step below the car’s “Superior” scores in the agency’s vehicle-to-vehicle front crash prevention tests. Based on his recent tweet, it appears that Elon Musk or Tesla would not stay still until these metrics have been aced by the Model 3 as well.

Sometimes people think it is performance, but safety is always the primary design requirement for a Tesla

Tesla may have another shot at improving the Model 3’s individual scores with the IIHS soon, with Elon Musk noting that the vehicle would be retesting “in a month or so” with improved software. This software would then be uploaded to all Teslas equipped with FSD computers. Such an initiative would make the company’s fleet significantly safer, likely through a simple over-the-air update.

Tesla’s vehicles may be famed for their performance and tech, but the cars themselves are also built to be the safest cars on the road, bar none. This was something that Elon Musk himself highlighted on Twitter when he stated that Tesla’s primary design requirement has always been safety. The Tesla Model S, Model X, Model 3, and Model Y’s safety ratings are all proof of this.