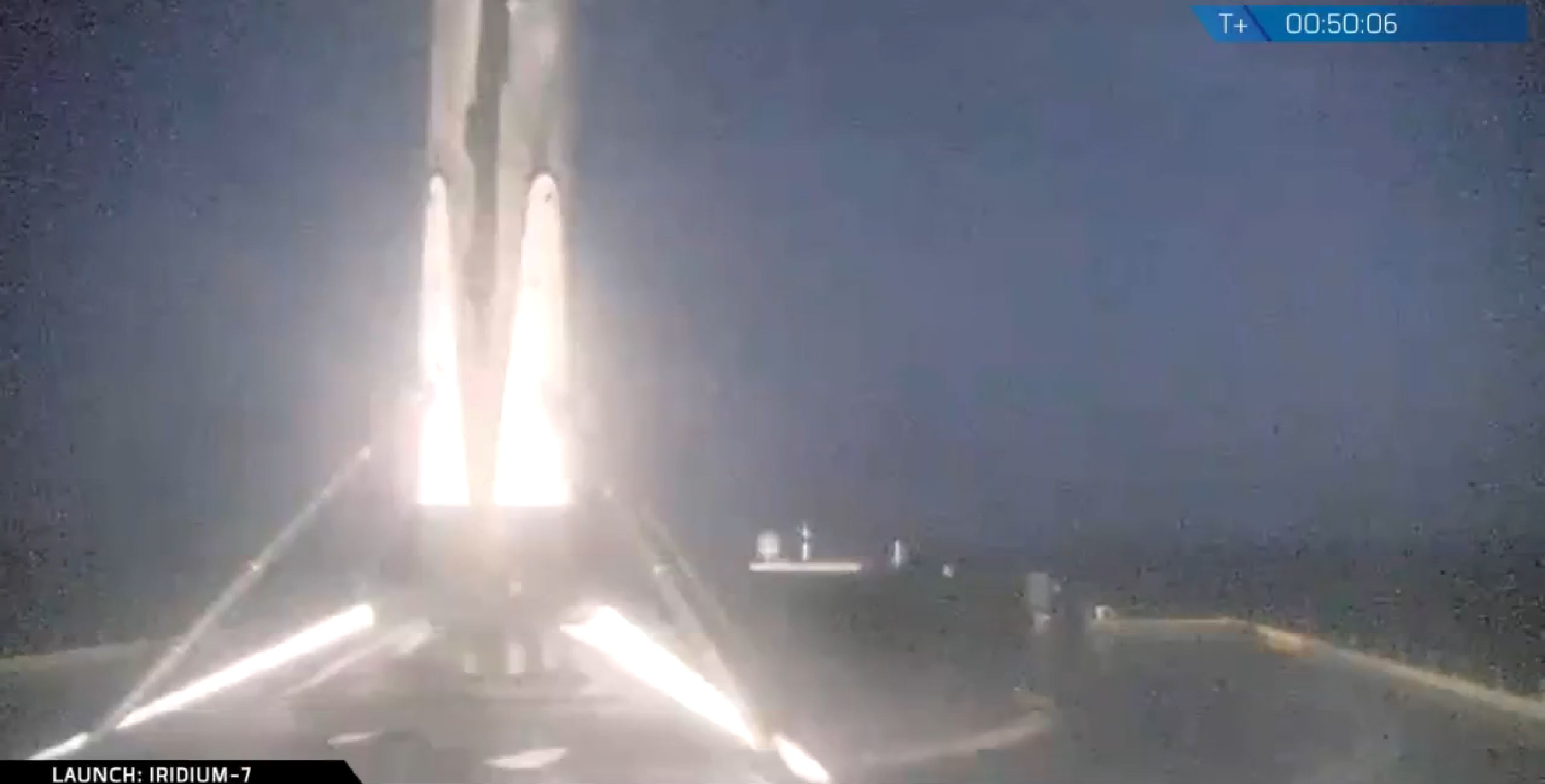 Just a handful of days after SpaceX’s second-ever successful launch and landing of their upgraded Falcon 9 Block 5, the company has completed the same feat on the opposite side of the United States, debuting the Block 5 rocket with a launch and booster recovery from California’s Vandenberg Air Force Base (VAFB).

The booster in question, Falcon 9 B1048, is the third Block 5 booster to roll off of SpaceX’s Hawthorne, CA assembly line and is now the first Block 5 rocket to launch from the company’s California launch facilities. On the opposite coast, SpaceX’s second Block 5 Falcon 9 booster (B1047) completed its own successful launch and landing, lofting the heaviest commercial satellite to ever reach orbit (Telstar 19V). 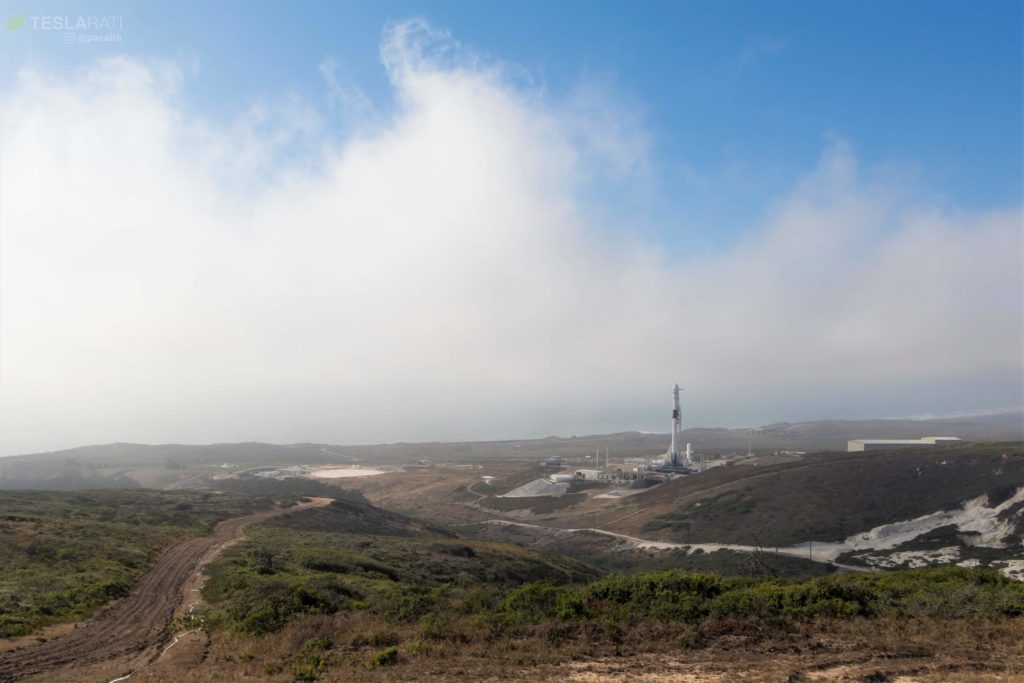 While weather during camera setup was absolutely spectacular, the predawn launch window meant that no sun was available to force the ever-present VAFB fog back over the ocean. (Pauline Acalin)

Today’s near-flawless predawn mission saw Falcon 9 place 10 Iridium NEXT satellites in a polar Earth orbit, during which the rocket’s Block 5 booster completed the first landing on Just Read The Instructions in nearly ten months and Mr Steven made his first attempt at catching a parasailing Falcon fairing with his massive net and arms upgrades. Those upgrades, tracked tirelessly by Teslarati photographer Pauline Acalin for the better part of July, took barely a month to go from a clean slate (old arms and net fully uninstalled) to operational, fairing-catching status, an ode to the incredible pace at which SpaceX moves.

Sadly, the vessel’s Iridium-7 fairing catch attempt was sullied from the start by inclement weather – primarily wind shear –  that significantly hampered the accuracy of each fairing halve’s parafoil guidance, meaning that Mr Steven’s crew did see the parasailing halves touch down, but too far away to catch them in Mr Steven’s large net. Falcon 9 B1048 had its own difficulties thanks to what engineer and webcast host John Insprucker described as “the worst weather [SpaceX] has ever had” for a Falcon booster landing. Nevertheless, Falcon 9 appeared to stick an off-center but plenty accurate landing aboard drone ship JRTI, although SpaceX technicians are likely going to wish they had the same robotic stage securer located aboard OCISLY on the opposite coast. 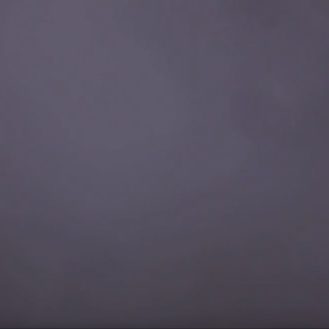 Just a hint of fog at liftoff. (SpaceX) 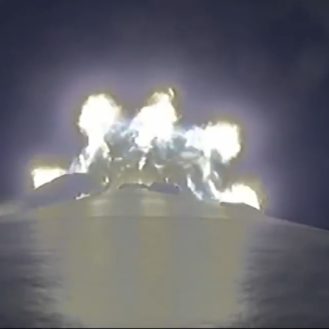 Onboard cameras thankfully came in clutch, providing an absolutely extraordinary view of most phases of launch. (SpaceX) 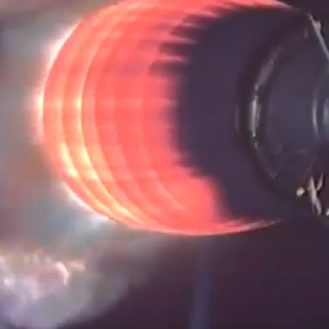 After MECO and S2 ignition, there were some ethereal plume interaction effects caught on Falcon 9’s onboard cameras. (SpaceX) 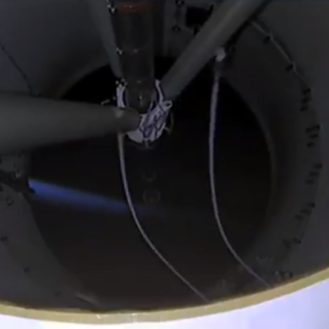 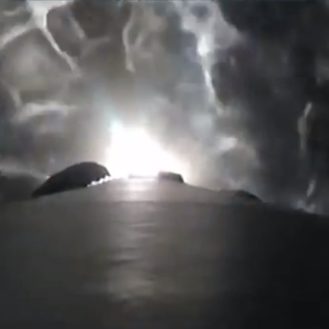 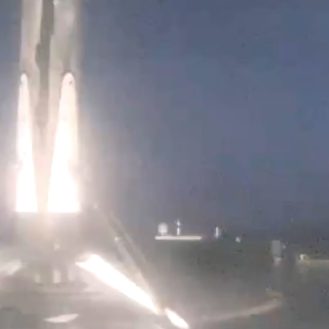 Just Read The Instructions, on the other hand, was similarly tracked but primarily to verify that nothing was happening – the vessel’s last operational trip to the Pacific Ocean dates back to the first half of October 2017. Since then, SpaceX began a process of intentionally expending Falcon 9 boosters that had already flown once before, choosing to essentially start from scratch with a fresh fleet of highly reliable and reusable Falcon 9 Block 5 boosters rather than recover older versions of the rocket and attempt to refurbish them beyond the scope of their designed lifespans.

The Block 5 design, however, has taken the countless lessons-learned from flying and reflying previous versions of Falcon 9 and rolled them all into one (relatively) final iteration of the ever-changing rocket. With any luck and at least a little more iteration, Falcon 9 Block 5 boosters should be capable of launching anywhere from 10 to 100 times, 10 times with minimal or no refurbishment and 100 times with more regular maintenance, much like high-performance jet aircraft do today.

Looks good, but so many details need to be right. Journey back from hypersonic becomes extremely difficult as velocity increases. Altitude is easy, velocity is hard.

With three successful launches of new Block 5 boosters now under the new version’s belt, it’s safe to say that the rocket is off to an extremely good start. The most important milestones to watch for over the next several weeks and months will be the first reflight of a recovered Block 5 rocket, the first reuse of a Falcon 9 payload fairing, and then the first third/fourth/fifth/etc. reuse of Block 5 booster. On the horizon, of course, is SpaceX CEO Elon Musk’s challenge to launch a Falcon 9 Block 5 booster two times in less than 24 hours, and do so before the end of 2019.

2018: I’m watching a livestream of a rocket sending satellites to orbit and then landing on a droneship in the ocean — while watching the company’s other droneship return to port with a rocket that did the same thing on the opposite side of the country three days ago. pic.twitter.com/wWA8ZCBAeY

Roughly 3,000 miles to the East, SpaceX’s just-recovered Florida Block 5 booster wrapped up a picture-perfect arrival in Port Canaveral aboard drone ship Of Course I Still Love You at the exact same time as another Block 5 rocket was launching (and landing) on the opposite coast.