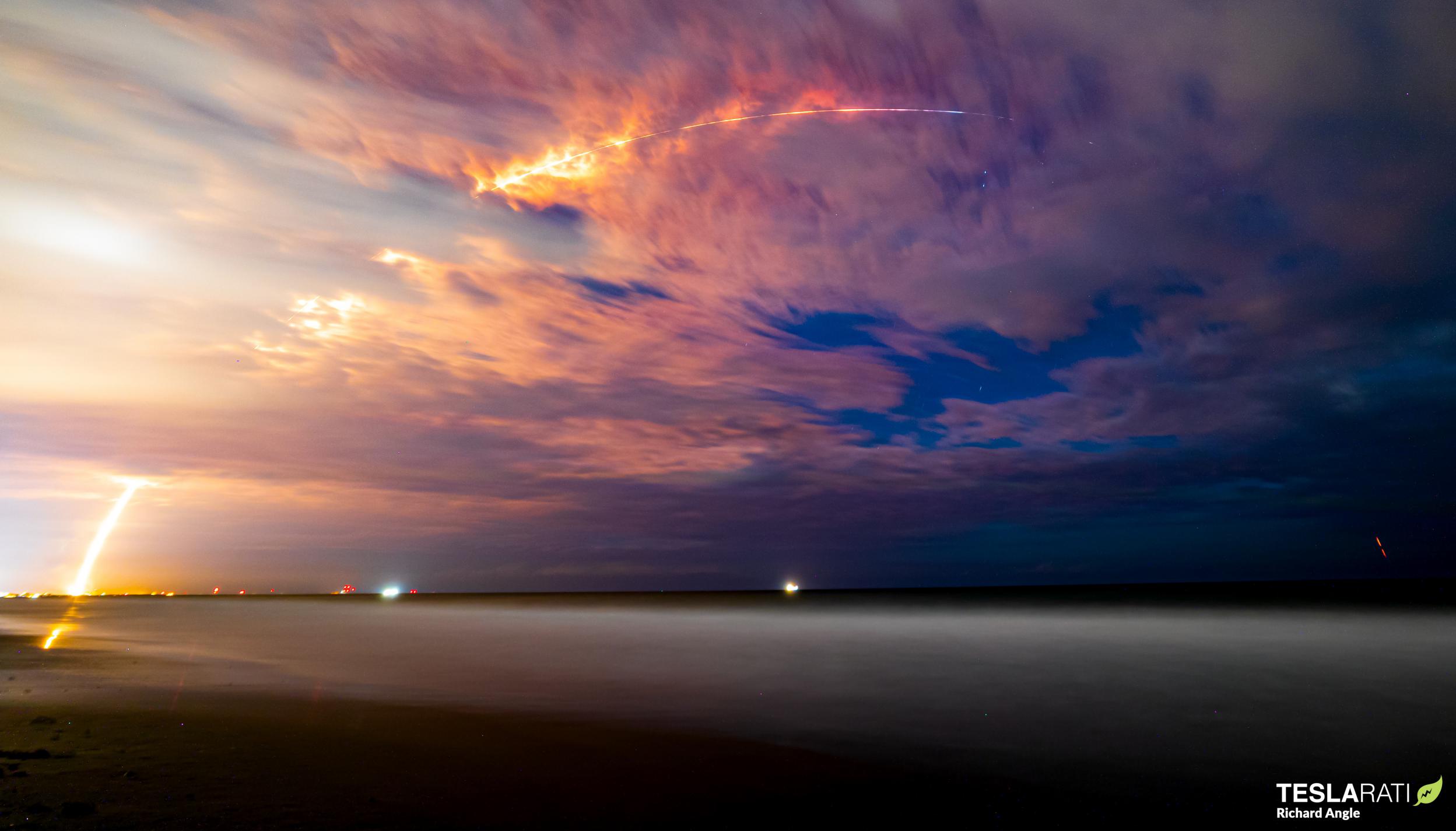 Flying for the seventh time since it debuted in June 2021 and just 45 days after its sixth flight, Falcon 9 booster B1067 completed a nominal ascent, separation, descent, reentry, and landing. The booster touched down on SpaceX drone ship Just Read The Instructions (JRTI) about nine minutes after liftoff and will be prepared for an eighth launch in the near future – possibly as early as next month. In addition to its well-known booster reuse, SpaceX’s webcast host noted that Falcon 9’s payload fairing – a carbon fiber composite nosecone made up of two separable halves – had halves flying for the fourth and sixth time.

Speaking in 2017, SpaceX CEO Elon Musk once likened each Falcon fairing half to a pallet of $3 million that falls into the ocean after every launch. Around the same time, SpaceX decided to try to recover that pallet of cash, kicking off its fairing recovery and reuse program. Five years later, Falcon fairing reuse – while far less visible and famous than booster reuse – has become extremely reliable. At its current rate of one launch every six days, recovering and reusing fairings likely saves SpaceX tens or even hundreds of millions of dollars annually and limits the need for major manufacturing expansions that would otherwise be necessary.

Even though SpaceX fishes fairing halves out of the ocean before every flight, the company’s cleaning and refurbishment processes have improved to the point that even paying customers have started to accept flight-proven fairings on their launches. Eutelsat’s Hotbird 13G satellite is the first customer payload to use a Falcon fairing half for the sixth time, further raising the bar of acceptance.

About half an hour after liftoff, Falcon 9’s expendable upper stage separated from Hotbird 13G. On October 15th, a different Falcon 9 rocket launched its twin, Hotbird 13F, into a supersynchronous transfer orbit measuring around 400 kilometers (~245 mi) by 56,000 kilometers (~34,800 mi). Launching a satellite to a transfer orbit with an apogee higher than its destination makes reaching a circular orbit at that target altitude (35,800 km, in this case) faster and easier. Having to do less work to raise its orbit will leave Hotbird 13F and 13G with more fuel than they would otherwise have, effectively extending their theoretical lifespans by preserving more propellant for orbit maintenance after it reaches GEO.

Hotbird 13G was SpaceX’s 51st launch of 2022 and 59th launch in 365 days. If SpaceX sustains the average pace it has set in the last ten months through the last two months of 2022, it could end the year having launched more than 60 times. The mission was also Falcon 9’s 50th launch of 2022, solidifying its spot as the most-launched rocket in a calendar year. The record for the most successful launches (61) of the same rocket family in one year, however, was set by the Soviet Union and has stood for more than four decades.

SpaceX has at least five more Falcon 9 launches tentatively scheduled this month. Intelsat Galaxy 31 & 32 satellites are up next and could launch from the same pad as Hotbird 13G as early as November 8th, followed by Eutelsat 10B in mid-November, and Japanese startup ispace’s first Moon lander no earlier than November 22nd. An uncrewed Dragon spacecraft is set to launch NASA cargo to the the International Space Station (ISS) on November 20th. Finally, while tentative and contingent upon three other launches going smoothly, SpaceX could squeeze in Starlink 4-37 in late November.