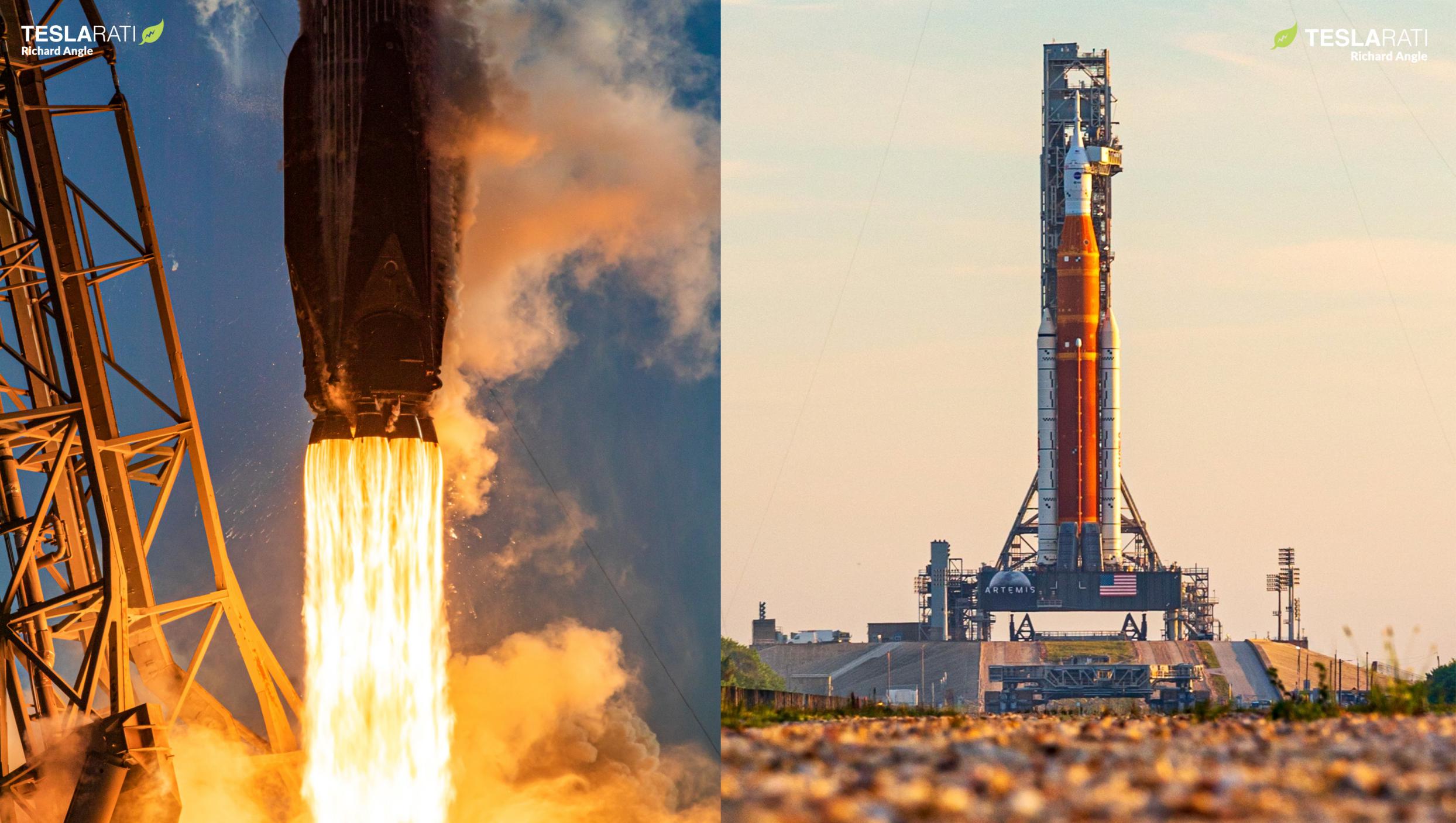 SpaceX is preparing for at least one more Falcon 9 launch between now and the debut of NASA’s Space Launch System (SLS) Moon rocket, a milestone that could arrive as early as August 29th.

Depending on where the cards ultimately fall, Falcon 9 could launch up to three times between now and NASA’s last firm SLS launch window (September 5th). Multiple sources report that SpaceX’s next Falcon 9 launch – Starlink 4-23 – could occur as early as 10:22 pm EDT, Saturday, August 27th (02:22 UTC 28 August).

On August 23rd, SpaceX decided to transfer the mission from its NASA Kennedy Space Center (KSC) LC-39A pad to Cape Canaveral Air Force Station’s (CCASF) LC-40, likely in part because the latter pad is a few extra miles away from LC-39B, where NASA’s first SLS rocket is preparing for flight.

That late change may have been a simple consequence of one pad being more ready than the other was expected to be, but it could have also been driven by an abundance of caution on behalf of SpaceX, NASA, or both. At LC-40, a catastrophic Falcon 9 failure – however unlikely – would be less likely to harm the SLS rocket or Pad 39B than a similar failure at Pad 39A.

The odds of such a failure have arguably never been lower. SpaceX’s Falcon 9 workhorse recently completed its 143rd consecutively successful launch. By most reasonable measures, that string of successes likely makes Falcon 9 the most statistically reliable US rocket ever flown. SpaceX has also successfully launched 26 astronauts into orbit and returned them to Earth over the last two years. Nevertheless, given the almost $50 billion NASA will have spent on SLS and its Orion spacecraft and launch pad by the time the rocket finally lifts off, even the most extreme attempts to maximize caution could be considered reasonable.

If SLS manages to lift off during its first window, which stretches from 8:33 am to 10:33 am EDT (12:33-14:33 UTC) on August 29th, the Moon launch could find itself sandwiched between SpaceX ‘sStarlink 4-23 mission on August 27th and Starlink 3-4 on August 31st. In addition to Starlink 4-23 and 3-4, SpaceX is preparing to launch Starlink 4-20 and at least one rideshare payload no earlier than September 4th. If the first SLS launch somehow misses its first two windows on August 29th and September 2nd, the rocket’s next window of opportunity opens on September 5th.

Emphasizing the potential power of distributed launches once a high launch cadence is achieved, SpaceX’s much smaller Falcon 9 rockets have launched hundreds of tons over the last 12 months – several times more payload than the 95 tons (~210,000 lb) the multi-billion-dollar SLS is designed to launch to low Earth orbit (LEO) in one go. In fact, after Starlink 4-23, SpaceX’s fleet of partially reusable Falcon 9 rockets will have launched around 95 tons of Starlink satellites to LEO (and one South Korean spacecraft to the Moon) in less than six weeks.