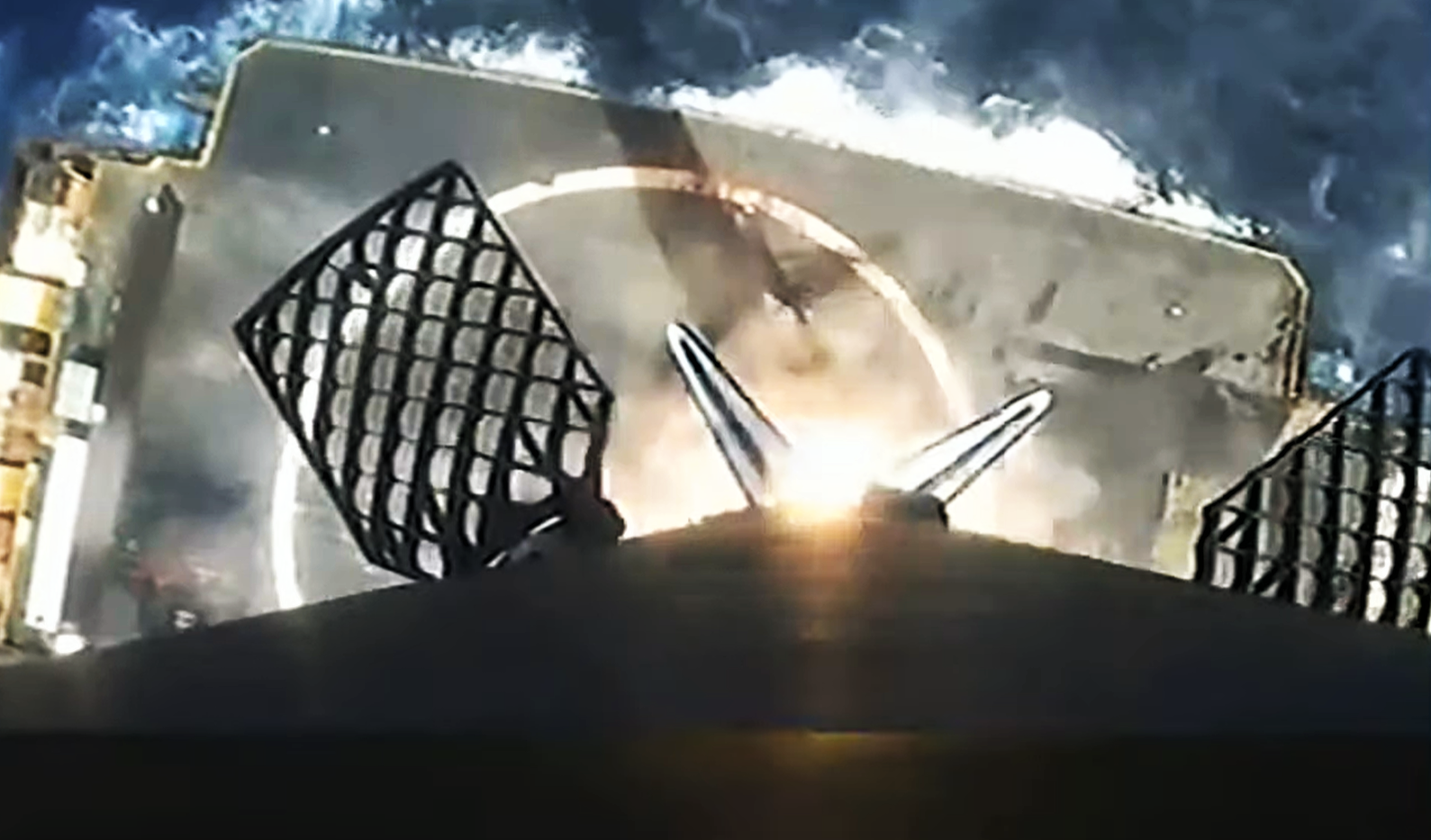 Pictured here in January 2021 on its fifth launch, Falcon 9 B1058 is scheduled to fly for the seventh time on April 7th. (Richard Angle)

Update: SpaceX has aced the first its tenth launch of 2021 and 23rd operational Starlink launch while simultaneously offering an uninterrupted live view of a Falcon 9 booster landing from the rocket’s onboard camera for the first time in months.

While SpaceX’s official webcast got off to a rough start with no onboard camera views throughout the entirety of ascent and beginning of booster descent, whatever was causing the camera outage was fixed around seven minutes after liftoff, returning live onboard views after the first outage of its kind in years. For whatever reason, Falcon 9 booster B1058 and the satellite link it uses to transmit telemetry and live camera views behaved almost perfectly for the next few minutes, providing a nearly uninterrupted two-minute-long view of the rocket’s seventh successful landing.

For unknown reasons, those uninterrupted onboard views may have still been unusual but were substantially less rare a few years ago. Over the last several-dozen SpaceX Falcon launches, they’ve effectively faded into a once-in-a-blue-moon occurrence. Regardless, Falcon 9 B1058 has become the second SpaceX booster ever to fly twice in less than four weeks, falling just four hours short of setting a new turnaround record for reusable rockets.

45 minutes after liftoff, Falcon 9’s expendable second stage relit for a brief one-second burn. Around 20 minutes later, after spinning itself end over end, the rocket commanded the deployment of its batch of 60 operational Starlink satellites, sending the spacecraft on their way to gradually spread apart, deploy solar arrays, and begin propelling themselves to their final orbits. With Starlink-23 complete, SpaceX has successfully launched 10 orbital missions in the first 95 days of 2021, a cadence that would equate to almost 40 launches this calendar year if SpaceX can sustain it.

Known as Starlink-23 SpaceX’s 23rd dedicated launch of operational Starlink satellites and 24th operational launch overall will also mark the first time a Falcon 9 rocket lifts off under daylight since January 24th – a welcome reprieve after half a dozen late-night or early-morning Starlink launches. SpaceX will offer an official webcast of the launch as usual, with coverage beginning around 12:20 pm at the links below.

In what has rapidly become the company’s default, Starlink-23 will also continue to establish that SpaceX is on track for a record-breaking number of launches this year.

Encapsulating the mission’s stack of 60 Starlink v1.0 satellites to protect them from the environment and the aerothermal stresses of launch, one of Starlink-23’s two fairing halves will be flying for the fourth time – the second of its kind for rocket fairing reusability. The other fairing half supported one other Starlink mission prior to Wednesday’s launch, making it SpaceX’s 15th launch – and Falcon 9’s fifth consecutive launch – with a fully flight-proven payload fairing since the company first began reusing the carbon composite nosecones in November 2019.

Beneath Starlink-23’s flight-proven fairing and expendable second stage, SpaceX has assigned Falcon 9 booster B1058 to the launch. Barring delays, the historic rocket – famous for debuting in May 2020 on SpaceX’s inaugural ‘Demo-2’ astronaut launch – will narrowly miss beating SpaceX’s Falcon booster turnaround record (27d 4h) by a little over four hours. In other words, Starlink-23 will mark the second time in spaceflight history that a rocket booster has flown twice in less than four weeks and achieve that feat just two months after Falcon 9 B1060 became the first to do so.

Beyond individual feats of rocket reuse, Starlink-23 will also be SpaceX’s 10th orbital launch in three months – just 95 days into the new year. On average, that means that the company and its Falcon rockets are on track to complete nearly 40 orbital launches (~39) in 2021 – shy of CEO Elon Musk’s ambitious 48-launch target but still a major achievement if SpaceX can sustain its first-quarter cadence.

After Starlink-23, SpaceX is expected to enter a rare two-week stand-down as it turns its focus to Crew-2, Crew Dragon’s second operational astronaut launch. That mission is scheduled to launch no earlier than (NET) April 22nd.