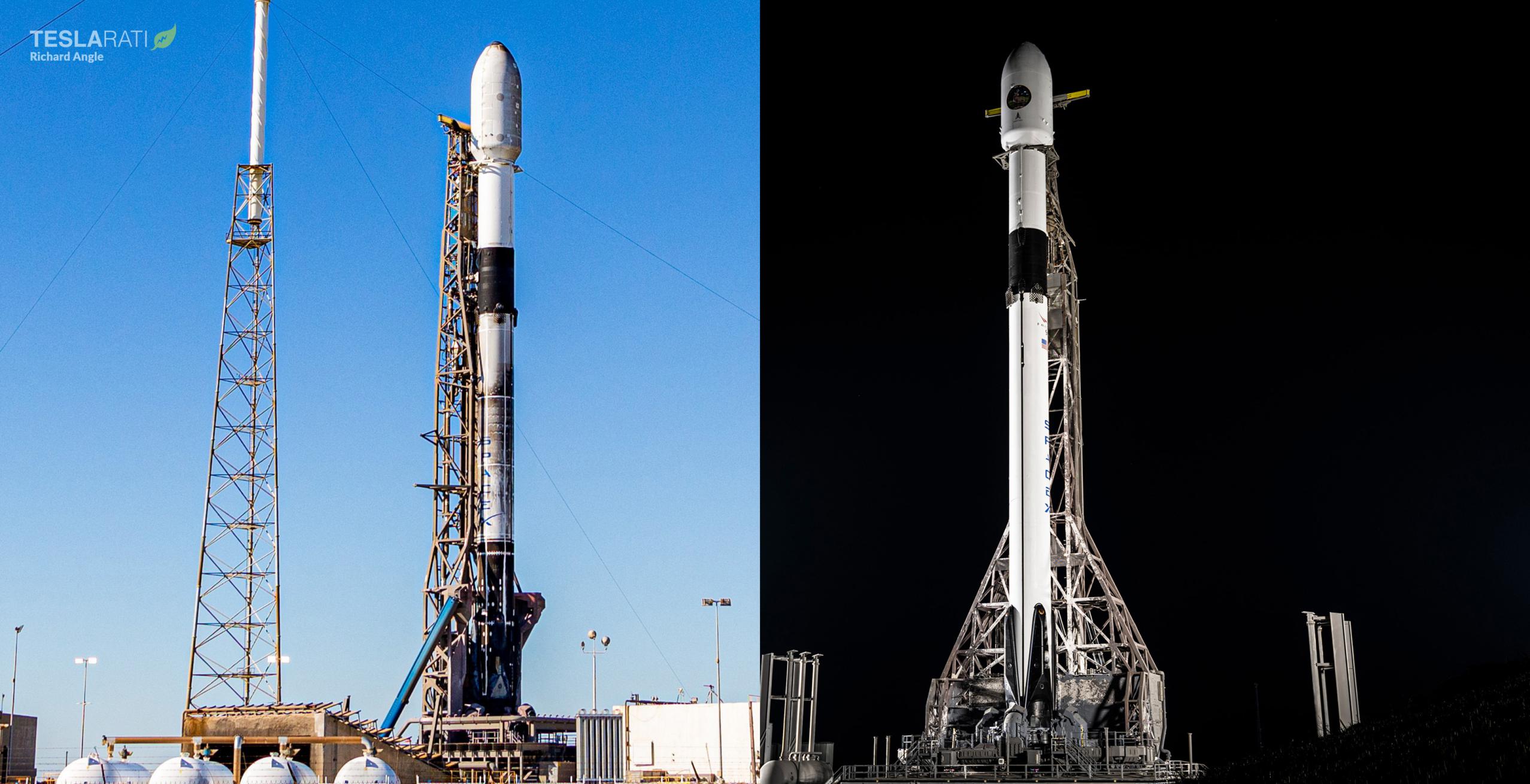 Up next, Starlink 4-11 – SpaceX’s second West Coast launch this year – is now firmly scheduled to lift off around 7:30-8 am PST (15:30-16:00 UTC) on Friday, February 25th from Vandenberg Space Force Base (VSFB). Finally, launch photographer Ben Cooper reports that a third Starlink mission – likely Starlink 4-9 – is scheduled to launch from Kennedy Space Center Pad 39A as soon as March 3rd. SpaceX has at least one more Starlink mission and a private astronaut launch tentatively scheduled for March.

Continuing the company’s busiest planned year yet, SpaceX has dispatched a drone ship for the first of two more Falcon 9 Starlink launches scheduled before the end of the month.

While there were signs a few weeks ago that SpaceX had as many as four Starlink launches planned this month, that appears to have shrunk to three. In theory, SpaceX could have finished refurbishing both of its East Coast launch pads – LC-40 and LC-39A – earlier this week after supporting launches on January 31st and February 3rd. SpaceX may be taking an extra week to better understand a space weather anomaly that recently destroyed more than three-dozen Starlink satellites, to conduct deeper pad maintenance, to refurbish well-worn Falcon rockets, or to simply give its launch workforce a bit of respite but either way, the company’s next Falcon 9 launch appears to be scheduled no earlier than (NET) 9:54 am EST (14:54 UTC), Sunday, February 20th.

Drone ship A Shortfall Of Gravitas (ASOG) departed Port Canaveral on February 16th and is headed about 636 kilometers (395 mi) downrange to support Starlink 4-8’s Falcon 9 booster landing. The mission will be the new drone ship’s fourth consecutive recovery – an unintentional situation that was forced upon it when drone ship Just Read The Instructions (JRTI) suffered damage during SpaceX’s last booster recovery of 2021. On top of almost sliding off the deck, Falcon 9 booster B1069 suffered significant damage to most or all of its nine Merlin 1D engines when JRTI’s ‘Octagrabber’ robot effectively dropped the booster on its head during recovery operations.

Only through the heroics of the human recovery crew was B1069 able to be secured to drone ship JRTI’s deck and returned to dry land in (more or less) one piece. Based on new aerial images from local photographer Julia Bergeron, it appears that JRTI did require deck repairs after the ordeal. Equally importantly, the ship’s Octagrabber robot – which took the brunt of B1069’s fall – appears to have been fully repaired and was being tested on deck as of February 15th. Oddly, though drone ship ASOG has done an excellent job filling in, SpaceX has yet to have a fully nominal booster recovery since B1069’s anomaly.

With any luck, that will end later this month and the company’s three Octagrabbers will restart routine recovery operations. Following Starlink 4-8’s launch from Cape Canaveral, SpaceX has plans for at least one more Starlink mission – this time from the West Coast. SpaceX last launched from its Vandenberg SLC-4E pad on February 2nd and set a record turnaround time of 24 days late last year, implying that the Starlink mission is likely scheduled within the last few days of February.

If successful, SpaceX will have launched eight times in the first two months of 2022 and 13 times in the last three months, demonstrating a cadence of up to 48-52 launches per year if the company can sustain the pace. SpaceX’s official goal for 2022 is 52 Falcon launches.