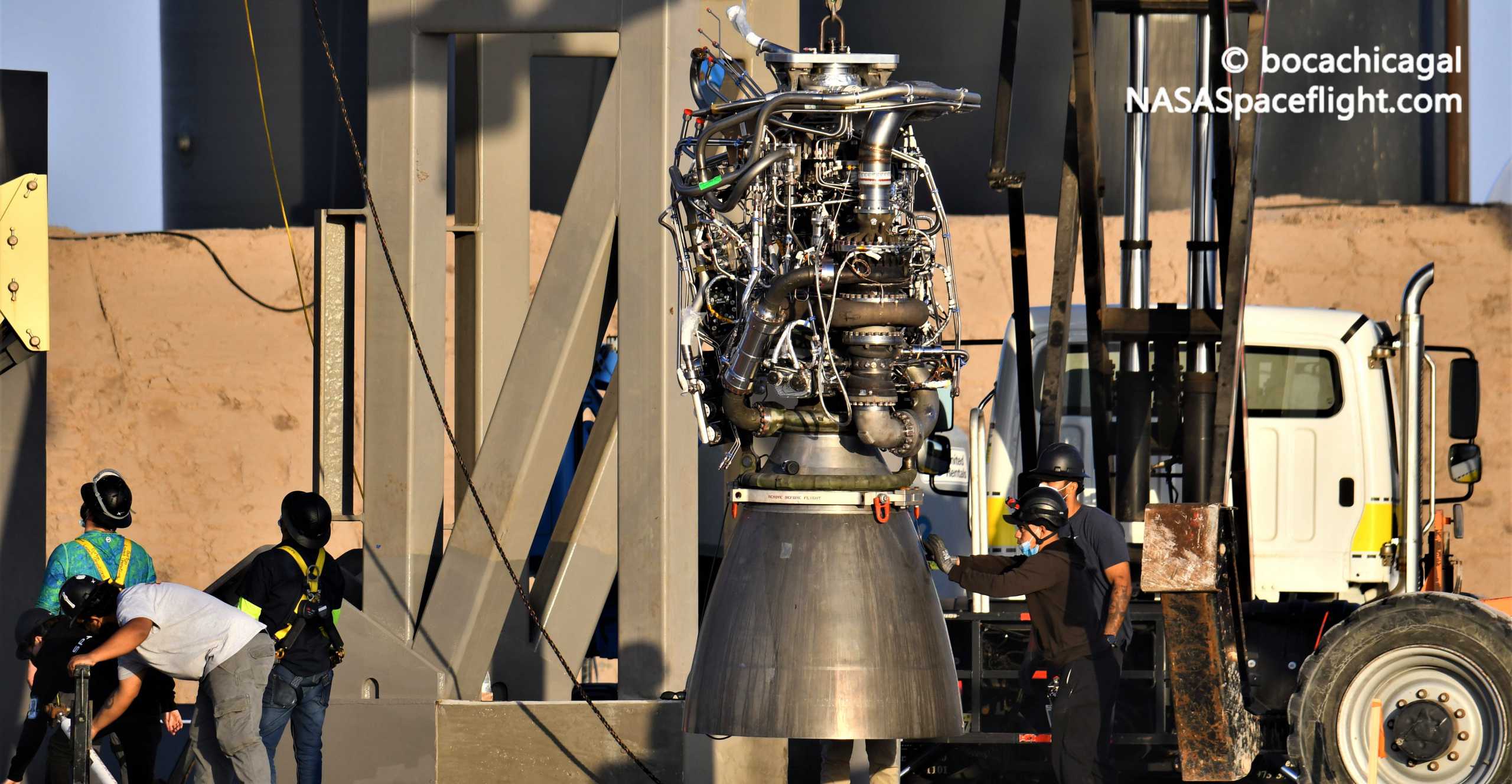 That means that SpaceX’s McGregor, Texas test and development center now has more capacity to test individual Starship engines than the Merlin 1D and Merlin Vacuum engines that power the company’s workhorse Falcon 9 and Falcon Heavy rockets – and less than two and a half years after full-scale Raptor testing first began. SpaceX needs that capacity more than ever before as it shifts its focus from medium-altitude, three-engine Starship production and launches to true orbital test flights with six-engine ships and 29-engine Super Heavy boosters.

Every one of those 35 engines – all of which are expected to be expended after a single orbital test flight – will first need to be qualified for flight via static fire tests in McGregor. As of last month, SpaceX had four separate Raptor test facilities – two horizontal bays, one vertical stand, and a separate bay used for some kind of subcomponent testing. That left Starship in a similar boat as Falcon, which has relied on three vertical Merlin test bays for more than a decade.

As SpaceX found out, Falcon Heavy production – requiring 27 M1Ds and one MVAC – can almost completely swamp those three Merlin test stands for the better part of a month or two. Given that signs are pointing to every orbital Starship test flight requiring almost three-dozen new Raptors, the qualification testing situation will be even more challenging if SpaceX wants to continue the program’s rapid pace of development and more or less monthly launches.

Based on aerial photos taken by a NASASpaceflight L2 forum contributor and later published in a February 2021 article, groundbreaking began in the last week of January. Within two months, the bulk of the dual-bay stand’s structure and plumbing appeared to be in place. Within three months, everything appeared to be ready to go and a Raptor was present for apparent fit checks. Finally, on June 4th, the stand came to life for the first time with a brief 15-second Raptor static fire – likely more to verify the brand new facility’s readiness than to test Raptor itself.

SpaceX thus built two brand new test stands from a dirt lot to completion in ~18 weeks, expanding McGregor’s full-scale Raptor test capabilities by at least ~67% in one fell swoop. That means that if qualifying 35 Raptors might have previously taken 5-8 weeks, McGregor can now feasibly complete the same work in 3-5 weeks and probably continue some level of experimental testing at the same time. Now, SpaceX just has to mass-produce and qualify dozens of Raptor engines at a pace likely unprecedented even in its exceptionally productive engine production and testing history.