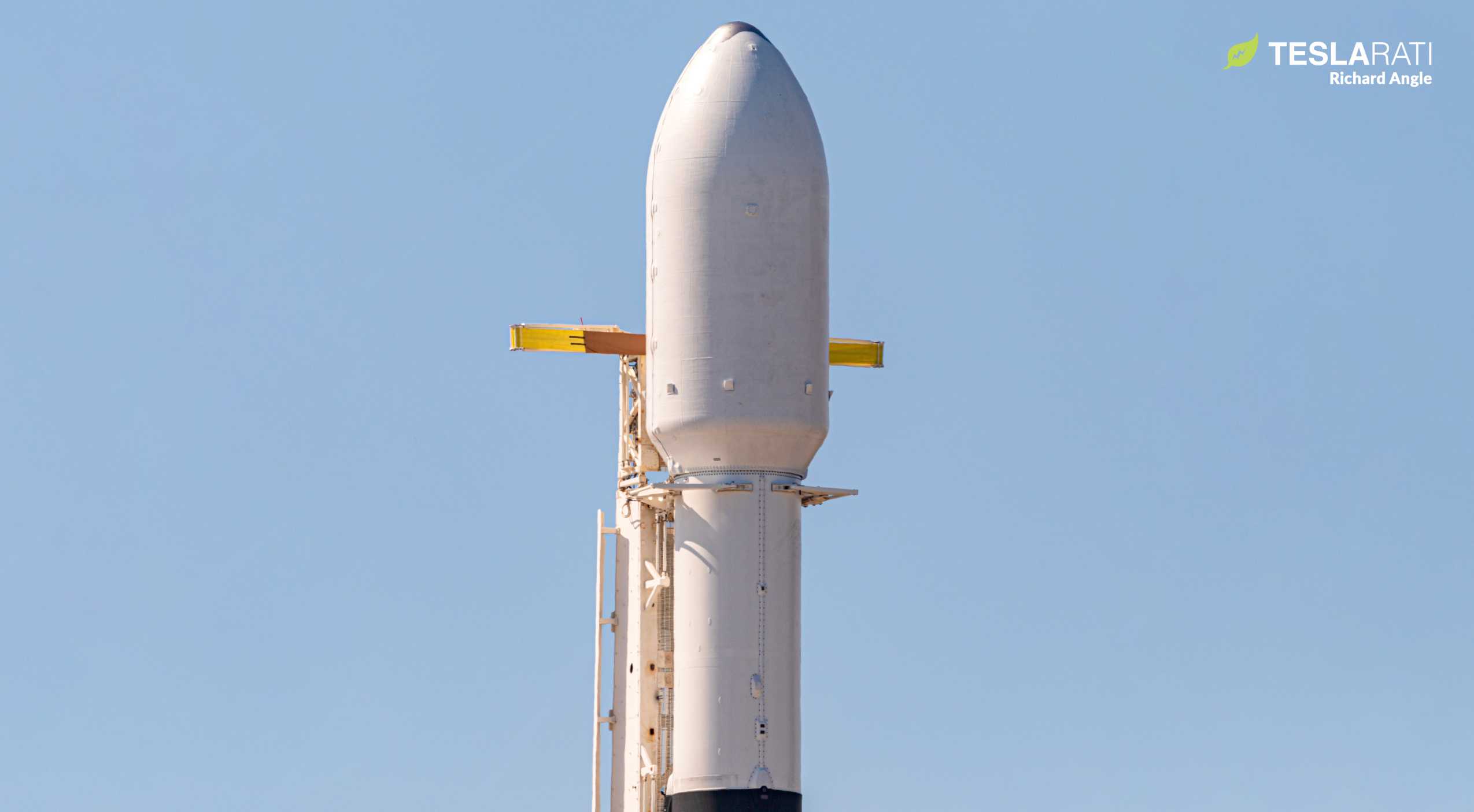 Although SpaceX suffered an in-flight anomaly and lost a Falcon 9 booster, the company did manage to recover a reused payload fairing - pictured here - for the first time on March 18th. (Richard Angle)

Although SpaceX sadly lost a record-breaking rocket booster and suffered a significant in-flight anomaly during its sixth Starlink launch, the company later revealed that it successfully recovered both of Falcon 9’s nosecone halves.

Starlink V1 L5 is now the second time ever that SpaceX – or anyone, for that matter – has successfully reused an orbital-class launch vehicle payload fairing, while the mission also marked the first time that SpaceX managed to recover a reused Falcon fairing. The burn from booster issues certainly isn’t fully salved, as twin fairing catchers Ms. Tree and Ms. Chief both missed their fairing catch attempts, but both twice-flown fairing halves were still successfully scooped out of the Atlantic Ocean before they were torn apart.

This is perhaps the most important milestone for SpaceX’s fairing recovery and reuse program since the first successful catch (June 2019) and first successful reuse (November 2019). With a twice-flown fairing now safely in hand for the first time, SpaceX will hopefully be able to dramatically expand its understanding of how flight-proven fairings – especially those that were fished out of the sea – stand up to launch conditions. If these flight-proven halves appear to be in great condition, it could be a boon for the near-term future of fairing recovery and reuse.

SpaceX has now been attempting to catch Falcon payload fairings for more than two years, beginning back in February 2018 after many months of additional development prior. The first successful catch came on the sixth post-launch attempt, followed immediately by a second successful catch two months later (August 2019). That back-to-back recovery appears to have been a bit of a fluke, however, with only one additional partial success (one of two ships caught a half) out of the five subsequent attempts.

By all appearances, accurately and reliably catching parasailing Falcon fairings is a spectacularly unforgiving challenge. That shouldn’t come as a huge surprise: each Falcon fairing will typically reach top speeds of 2.5+ km/s (1.5+ mi/s), technically reach space (100+ km or 63+ mi), and travel 500-1000+ km (300-600 mi) downrange before even remotely entering the vicinity of the ships designed to catch them out of the air.

Likely weighing just ~1000 kg (2200 lb) apiece, the lightweight, sail-like nature of SpaceX’s carbon fiber-aluminum honeycomb payload fairings is both a blessing and a curse. While it means they can effectively reenter Earth’s atmosphere at hypersonic velocities with next to no heat shield, it also means that free-falling and parasailing fairing halves are at the full mercy of said atmosphere after reentry, bowing to winds and air currents like dandelions in a breeze.

Fairing halves ultimately spend something like 30-40 minutes parasailing through the atmosphere after parafoil deployment, creating vast uncertainties when it comes to local weather and the general behavior of the atmosphere. Even excluding weather, the average fairing catch attempt is roughly akin to throwing an average marble into a kitchen sink from more than a kilometer (0.8 mi) away.

What SpaceX has effectively discovered is that while catching fairing halves may be almost comically difficult, recovering the same halves intact is easily doable if the goal instead is to gently pick them up off the ocean surface. Of the eleven catch attempts SpaceX has made, all but two were followed by recovery vessels extracting one or both fairing halves -intact – from the ocean.

Most notably, though, SpaceX has yet to reuse any of the three Falcon fairing halves that were caught with Ms. Tree. Instead, both the first and second reuses used fairing halves that had been fished onto recovery ships after gentle Atlantic Ocean landings.

SpaceX has ultimately chosen to tackle the much harder reusability challenge – reusing fairings that have been partially immersed in saltwater – first, and done so quite successfully. Critically, the first reused fairing was unable to be recovered – even by sea – due to bad weather in the area, meaning that Wednesday’s recovery was a first for rare flight-proven fairing hardware. Given all the challenges Falcon fairings face with water sealing, corrosion, and contamination after water landings, it would be little surprise to learn that the second reused fairing is not exactly in pristine condition.

However, if it looks as good or better than SpaceX’s less-informed expectations, there’s a chance that it could open the floodgates for the full-scale pursuit of routine waterlogged fairing reuse. Even better, if the Starlink v0.9 and V1 L5 fairing halves have been recovered in great condition, there might be a chance to reuse Falcon fairings multiple times, following in the footsteps of the rocket boosters they launch on top of.