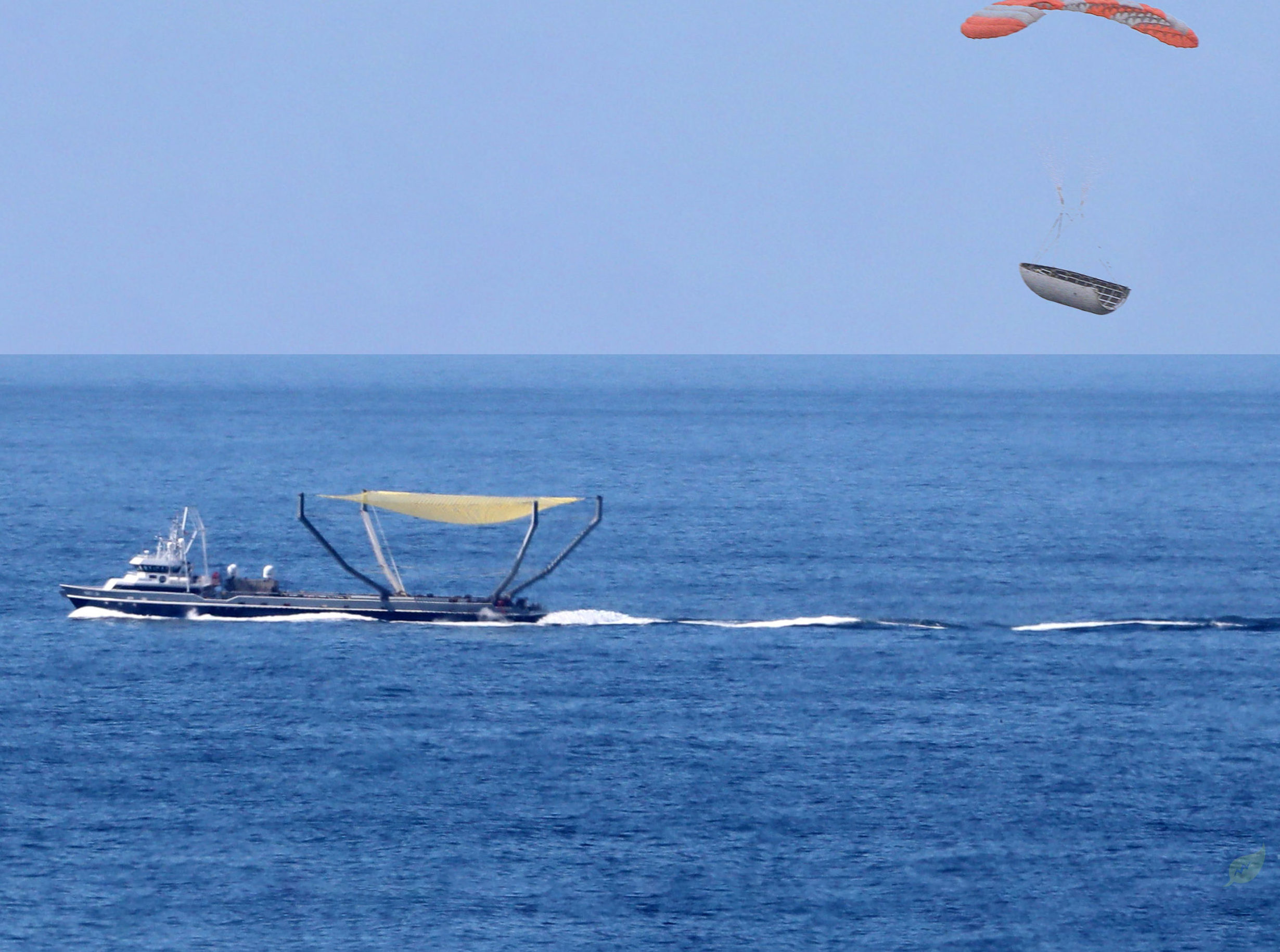 Following SpaceX CEO Elon Musk’s brief confirmation that the launch company would be quadrupling recovery vessel Mr Steven’s already-huge net, members of the /r/SpaceX subreddit created a rough visualization of what that expanded net might look like once completed.

Based on rough estimates done by the author, SpaceX’s official confirmation that fairings had landed within 50 meters of Mr Steven’s net indicates that the parasailing halves are able to somewhat reliably reach Mr Steven’s net with a margin of error of roughly 0.01% when they really need 0.005% to be caught in the vessel’s net every time. Based on specifications from the vessel’s shipyard, his current claws appear to be roughly 75% the length of the entire vessel, or something like 40m long by 30 to 40m wide. 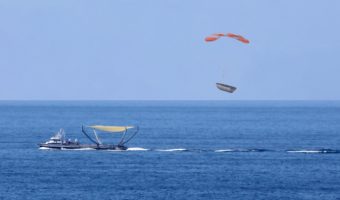 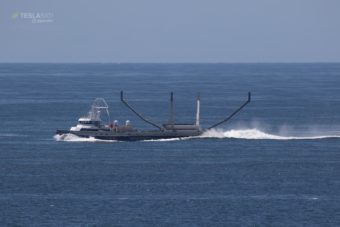 It’s difficult to imagine how Mr Steven’s already vast net could plausibly be expanded by a factor of two in each dimension. I certainly can’t wait to see how SpaceX engineers and technicians tackle the task. (Pauline Acalin) 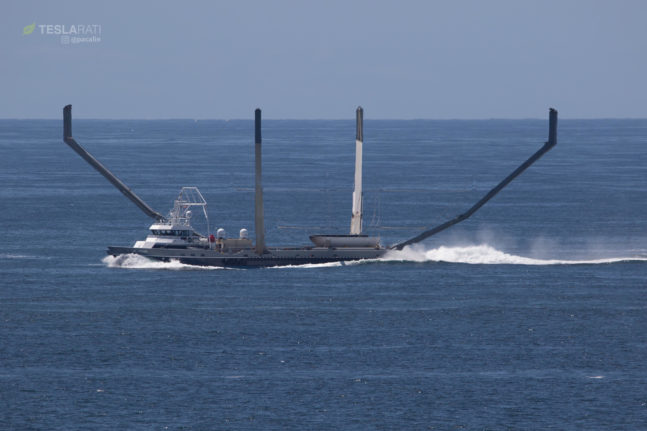 Several days after the author’s speculation was published, Mr. Musk appeared to effectively corroborate it by stating on Twitter that Mr Steven’s net would have its area expanded fourfold in order to operationalize fairing recovery: to quadruple the area, both the length and the width of the net would need to be expanded by a factor of two (square) or perhaps 50% width-wise and 150% lengthwise (more rectangular). Mr Steven’s massive steel arms appear to be fairly permanent in their current forms, suggesting that changing the aspect ratio of the net would be far more effort than simply expanding his arms along their current paths. Either way, lengthwise growth of a factor of 2-2.5 would appear to functionally close the gap on that 0.005% margin of error (the current 0.01% – missing by 50 meters – divided by 2 equals 0.005%) required, albeit by modifying the recovery vessel instead of optimizing the fairings’ hardware and software.

TL;DR: @SpaceX's fairing recovery engineers/techs have achieved a margin of error of like 0.01% when they actually need ~0.005% to reliably catch fairings in Mr Steven's net. Success is imminent 😀 https://t.co/MfPdzdBkyO

Put more simply, a net with four times the area would roughly halve the accuracy required from each fairing half for reliable recovery. Compared with the original (left) above, Reddit user Pipinpadiloxacopolis followed Musk’s rough estimation and did a rough Photoshop (right) of the fairing recovery vessel’s current arms, expanding it by 2X in each direction to arrive at a quadrupled area. Although I would argue that Mr Steven’s forward arms are unlikely to ever move beyond their current end-point around 10 meters behind the vessel’s crew cabin and cockpit, /u/Pipin’s estimate is probably a decent prediction for the upgraded vessel’s most likely appearance.

What’s less clear is whether the depth of the net will increase alongside the length and width, nor whether the already massive arms will have to rely on some sort of retraction/pivot mechanism to allow Mr Steven to safely maneuver within Port of Los Angeles waters. Regardless of the solution that SpaceX expertise arrives at, the already eclectic recovery vessel is all but guaranteed to look even more absurd and awesome than it already does. With any luck, the net expansion may allow SpaceX to finally achieve their first successful ‘catch’ of a Falcon fairing, ending the need for mass-storage of unreusable fairing halves grabbed off of the ocean surface. 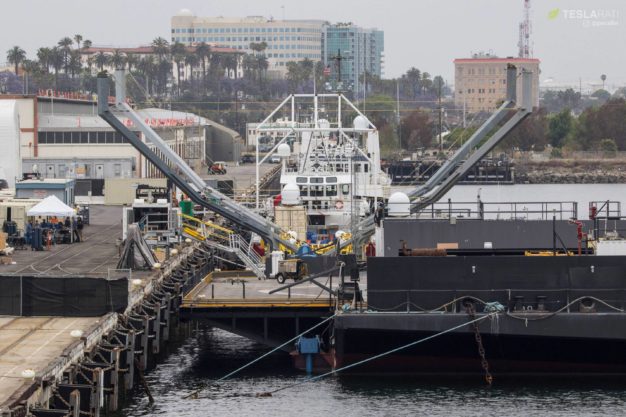 Mr Steven and drone ship Just Read The Instructions captured at their berths on June 5th. JRTI also appears to be preparing for a return to action with Iridium-7. (Pauline Acalin) 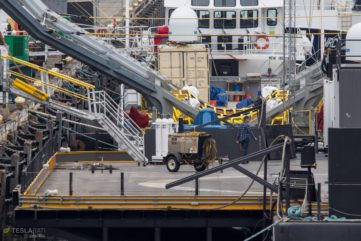 Stay tuned, as Teslarati photographer Pauline Acalin will be tracking modifications made to Mr Steven closely over the next several weeks. As of now, the vessel will return to the Pacific Ocean for another fairing catch attempt sometime in the second or third week of July. We’ll find out soon whether Musk’s mentioned upgrades can be realized before then.