SpaceX’s fairing recovery vessel Mr. Steven highlighted the maddening and exhilarating uncertainty of unpublicized fairing recovery attempts with a return to Port of San Pedro on October 18th, the morning after spending a day at sea for the second Falcon fairing drop-and-catch test.

Teslarati photographer Pauline Acalin was on site to watch Mr. Steven’s 1AM Pacific port return and was able to capture the arrival, showing a familiar test fairing resting on the vessel’s deck, perfectly intact, with the recovery net fully retracted.

Beginning with a dry run on October 8th, SpaceX technicians and engineers have spent the last 10 days testing Mr. Steven more intensely than ever previously observed, centering around a campaign of apparent Falcon fairing drop tests. Although it’s possible that these tests are more captive-carry trials than true drop tests, it seems more likely – judging by the fact that NOTAMs, notices to airmen, were only filed for 2 of the 3 attempts – that the helicopter is actually releasing a fairing half around 11,000 feet (3300 m) and letting it glide towards Mr. Steven.

Previously, SpaceX executive Hans Koenigsmann and CEO Elon Musk have mentioned a probable drop test campaign if operational (post-launch) fairing recovery attempts were unsuccessful. Mr. Steven has yet to successfully snag a fairing out of the air over the course of four post-launch catch attempts, evidence that – just like landing Falcon 9 boosters intact – recovering orbital-class rocket hardware in a state that allows for future reuse is extraordinarily difficult, regardless of the subsystem. However, SpaceX has managed to successfully recover fairing halves intact and in a condition good enough to make Koenigsmann, Vice President of Reliability, visibly excited during an IAC 2018 presentation. 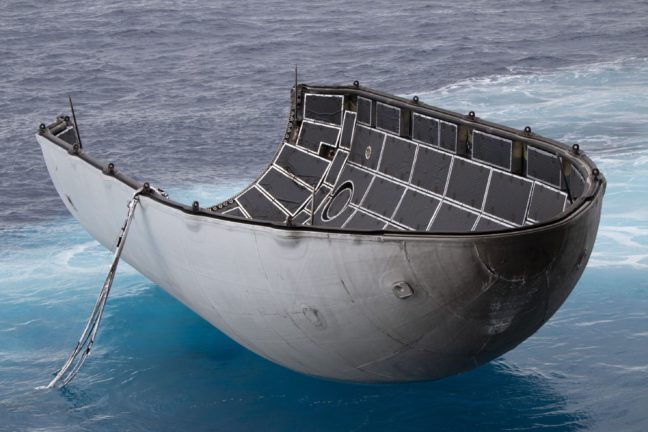 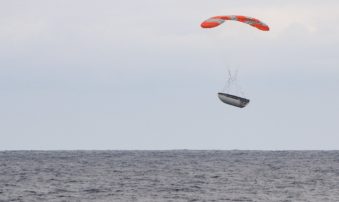 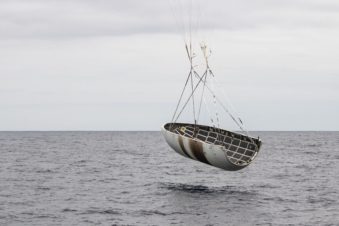 The problem with those intact halves is that they have been recovered only after soft landings in the ocean – once immersed in saltwater, the sheer expense of cleaning a fairing to the point that it would be able to host another sensitive satellite payload is apparently too high to be worthwhile, at least from a perspective of economical reusability. The (quite literally) miniscule line that thus appears to be separating failed fairing recovery attempts from successes also means that it’s extraordinarily difficult to know whether the fairing half that returned on Mr. Steven yesterday morning is indicative of a breakthrough success or another successful failure.

Clearly, the fairing is perfectly intact from a purely structural perspective, meaning that its recovery hardware – cold gas thrusters and a parafoil – worked nominally. What is impossible to tell is whether its autonomous guidance systems were able to successfully direct it to Mr. Steven’s net, or whether Mr. Steven himself was able to maneuver beneath the falling fairing in time to catch it. And yet, a fairing half still sits visibly intact on Mr. Steven’s deck, story and fate unknown. With any luck, SpaceX will offer an official confirmation of some sort once success is in hand. For now, we wait.