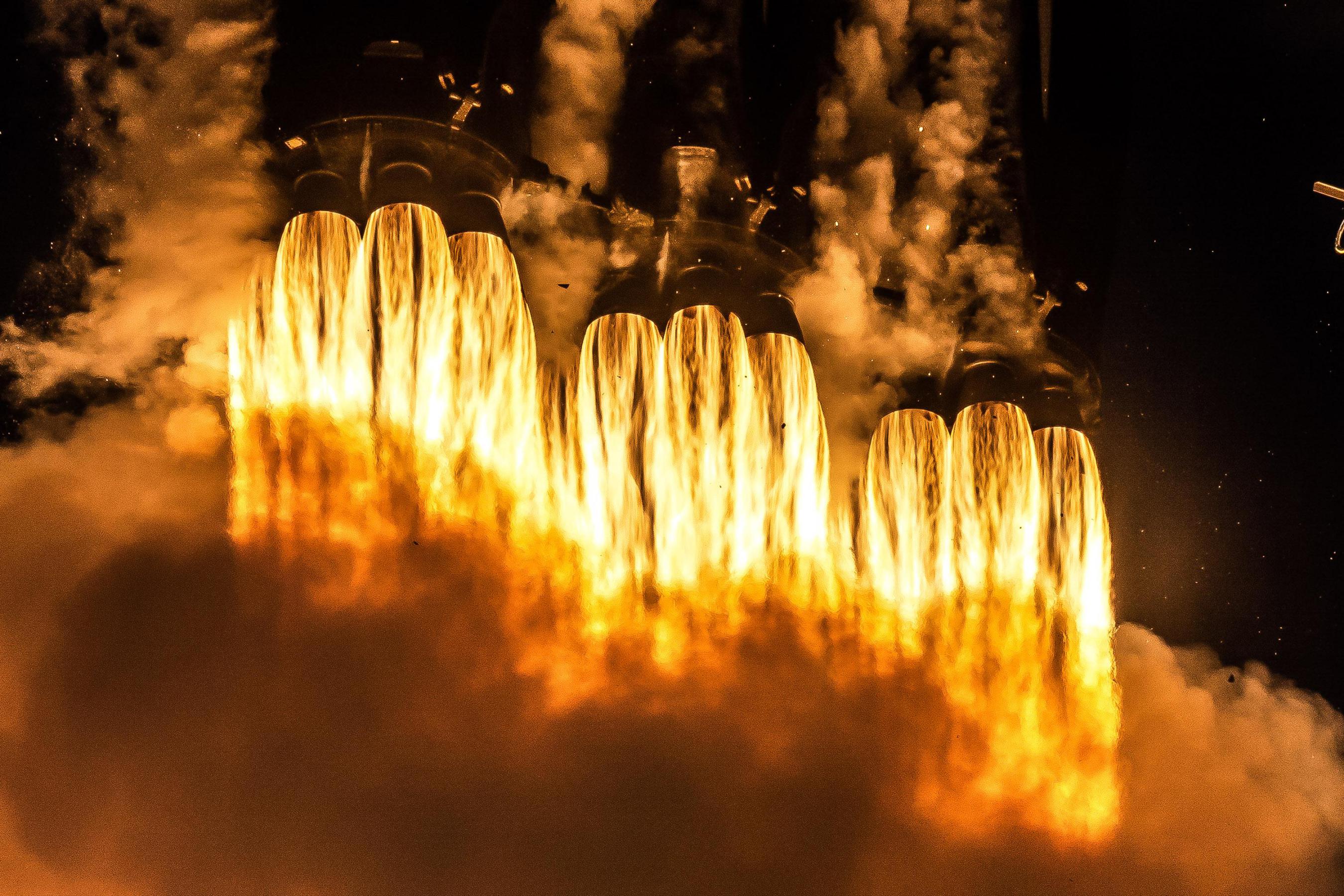 NASA's ambitious and exciting Europa Clipper mission continues to be held back by the joint NASA-Congress SLS rocket. (NASA)

SpaceX and its Falcon Heavy rocket continue to wait in the wings as NASA risks maiming its ‘Europa Clipper’ Jupiter probe by pinching the wrong pennies.

For the second time, NASA has performed “continuation/termination reviews” of three of the Europa Clipper spacecraft’s scientific instruments after budget overruns on the order of no more than a few tens of millions of dollars. Thankfully, no instruments were canceled, unlike the “ICEMAG” magnetometer that was functionally killed last year. Still, a NASA program scientist casually noted that the space agency would tolerate launching without one of two cameras and would offer no more funding to a mass spectrometer instrument (MASPEX), raising the risk of instrument failure during the challenging mission.

For any scientific spacecraft or rover, the instruments carried along are effectively the entire reason for their existence: if those instruments are faulty (or even removed before launch), the mission is effectively rendered pointless. Further, due to the sheer complexity and challenges posed by the act of getting to the destination and surviving after arrival, the actual instruments most scientific spacecraft carry represent a tiny fraction of the overall mission cost and mass. It’s not easy to readily imagine a better way to signal inept program management than by singularly focusing on that tiny, lifeblood-esque portion of a spacecraft’s budget. Undeterred, that is exactly what NASA appears to be doing with Europa Clipper – penny-wise, perhaps, but undoubtedly pound-foolish.

It’s not always true that only a small portion of an exploratory spacecraft’s budget is spent on scientific instruments but it absolutely is when it comes to Europa Clipper. Originally hoped to cost as little as $2 billion in 2013, Europa Clipper’s budget allocation has ballooned to $4.5 billion over the life of the program. Of that $4.5 billion, as little as $110M was dedicated to nine scientific instruments assigned to the spacecraft – a ratio of ~41:1. Even if instrument cost ballooned by 100% to ~$220 million, it would still be a measly 20:1. The space environment around Jupiter is admittedly one of the most challenging in the Solar System, warranting some imbalance, but either ratio is still exceptionally bad as far as most exploratory missions go.

Designed to create detailed maps of Europa’s theorized water oceans, ICEMAG, for example, jumped from a $30 million cost estimate to $45 million before NASA abruptly killed it. A Clipper planetary scientist called ICEMAG “a critical instrument that’s been central to Europa science forever”. MASPEX, meanwhile, is a mass spectrometer that will be used to analyze possible chemicals captured by flying through Europa’s transient atmosphere (or, even better yet, plumes from vast ocean geysers). In other words, the instrument most likely to be hobbled next by NASA is also the only instrument on Europa Clipper capable of potentially detecting signs of life by directly sampling material ejected by Europa’s plumes.

Even just with ICEMAG removed, the value proposition of a $4.5 billion mission to an ocean moon of Jupiter becomes much hazier. With ICEMAG removed and MASPEX at risk of being thrown to the wolves, Europa Clipper’s purpose becomes even weaker. Of course, seven valuable instruments remain – some of which partially overlap with MASPEX’ goals – and MASPEX could still technically make it to the finish line in its original handicap-free state, but the tides are definitely not moving in an encouraging direction.

The worst part is that excluding the extraordinarily expensive spacecraft that will host instruments worth ~3-5% its cost, Congress has been dead-set on forcing Europa Clipper to launch on NASA’s chronically-delayed, over-budget Space Launch System (SLS) rocket. SLS has yet to launch once despite more than a decade of development and almost $30 billion spent on the rocket alone, and it would take a miracle for an SLS rocket to be ready to launch Clipper before 2025 or 2026. Europa Clipper is working towards a launch no earlier than 2024, meaning that the spacecraft would have to be stored indefinitely at a cost of at least $125 million per year.

Intrepid readers may note that the cost of simply waiting a single year for SLS to be ready for launch is higher than the cost of all of Europa Clipper’s scientific instruments at their original $110 million budget. The actual cost to NASA for a single SLS launch is expected to $1.5 billion at the absolute minimum, while $2-2.5 billion is far more reasonable. With a little effort and some moderate cruise stage tweaks, Ars Technica has already reported that an expendable SpaceX Falcon Heavy rocket augmented with an off-the-shelf kick stage could send Europa Clipper to Jupiter in 5-6 years, compared to ~3 with SLS.

Ironically, that means that if Falcon Heavy was ready to launch Europa Clipper when the spacecraft is expected to be ready in 2024, it would actually arrive at the same time (or close) if it launched on SLS – once a minimum two-year launch vehicle delay is accounted for. A Falcon Heavy would also save NASA at least $1-2 billion, while it would directly save the Europa Clipper program the ~$250 million it would otherwise need to spend to store the spacecraft while waiting years for an SLS rocket. That $250 million alone – an inevitable add-on cost if SLS is chosen – could easily double the budget of every single Europa Clipper science instrument, adding plenty of breathing room, reinstating ICEMAG, and likely improving the science they output – data-gathering quite literally being the whole purpose of the mission.

Of course, the odds that NASA actually steps out from under the political shadow of SLS and stops playing penny wise and pound foolish with the extraordinarily expensive science missions it shepherds is unlikely. But still, the possibility (and hope) remains. Most recently, a very slight change in the wording of a proposed law (bill) could give the Europa Clipper program the legal wiggle room it needs to sidestep Congress’ desire to force it to launch on SLS. Of course, the senators and representatives with parochial attachment to the rocket will continue to fight tooth and nail to legally force it upon NASA at every possible turn, but there is now at least a chance of a sane outcome.