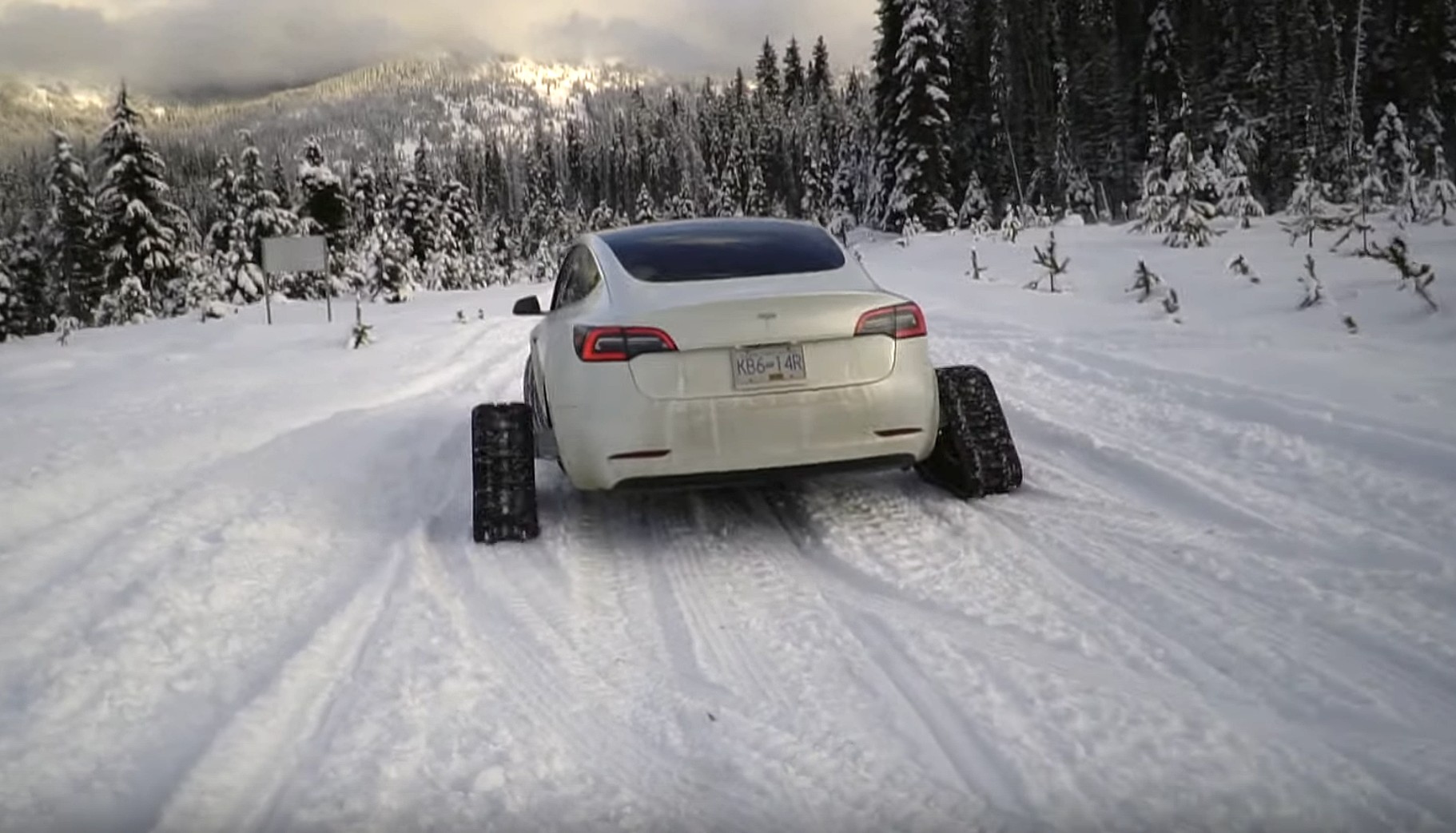 A Tesla owner has installed snow tracks on his Model 3, making the all-electric sedan increasingly functional in heavy snow.

YouTuber Michael of the lowlifeduramax YouTube channel installed the snow tracks on his Model 3 Standard Range+. The Tesla owner previously tested out his Model 3 in a tug-of-war match against his Chevrolet Duramax pickup truck.

This time, Michael threw a pair of snow tracks on his Model 3 to increase its effectiveness in snowy weather. While the Model 3’s curb weight sits at 3,552 pounds and is a heavy vehicle to begin with, the Tesla owner was interested in turning his electric car into “an electric snowmobile.” 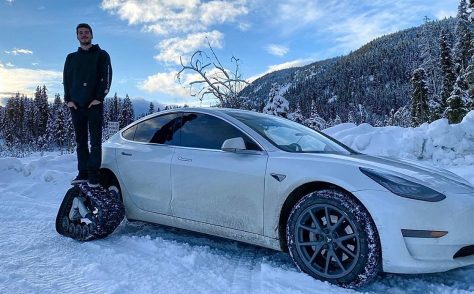 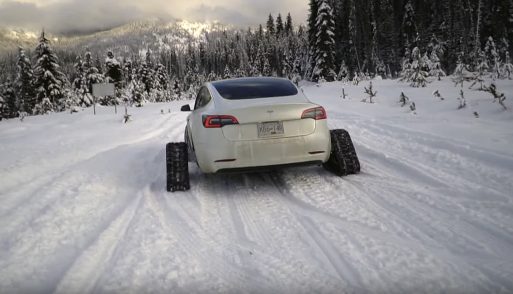 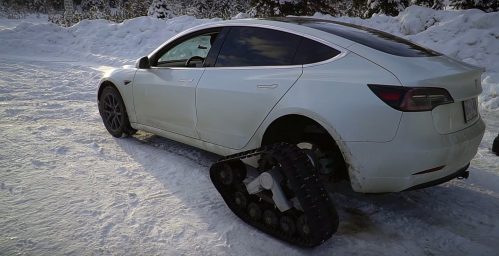 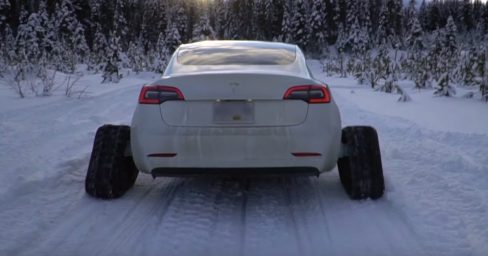 With the help of Mullin Manufacturing in Meritt, British Columbia, Michael was able to mount the snow tracks where the rear wheels would usually sit. Mullin was responsible for creating a mounting system that would link the tracks to the disc brakes. After creating this linkage, Michael simply attached the snow tracks and began driving.

The Model 3 performed successfully on a snowmobile trail in British Columbia, traversing through areas where there are large amounts of snow. The only real issues that arose from the test were on the part of the snow tracks themselves. When operating the vehicle in reverse and navigating through unpacked snow accumulation on the side of the road, for example, the track would begin to slip off and lose traction. The Tesla owner noted that with a bit more tension in the system, this issue would likely be resolved.

Overall, Michael was impressed with the performance of the vehicle. He noted on several occasions that the Model 3 was able to make it through the snow trail with no issues. “She rides nice, no complaints. Climbs this hill like nothing,” he said.

The Tesla owner added that that no damage was done to the vehicle cosmetically or mechanically due to its radical modification. Never one to shy away from crazy tests on his Model 3, Michael added that he plans to take his Model 3 mudding with the tracks installed soon.

Interestingly, the tracks used for the Model 3’s unique modification seem to be similar to those used for trucks and SUVs. Michael has not specified what brand the tracks he used are, nor how much they cost.

You can watch Michael of lowlifeduramax’s video of his Model 3 with snow tracks installed below.