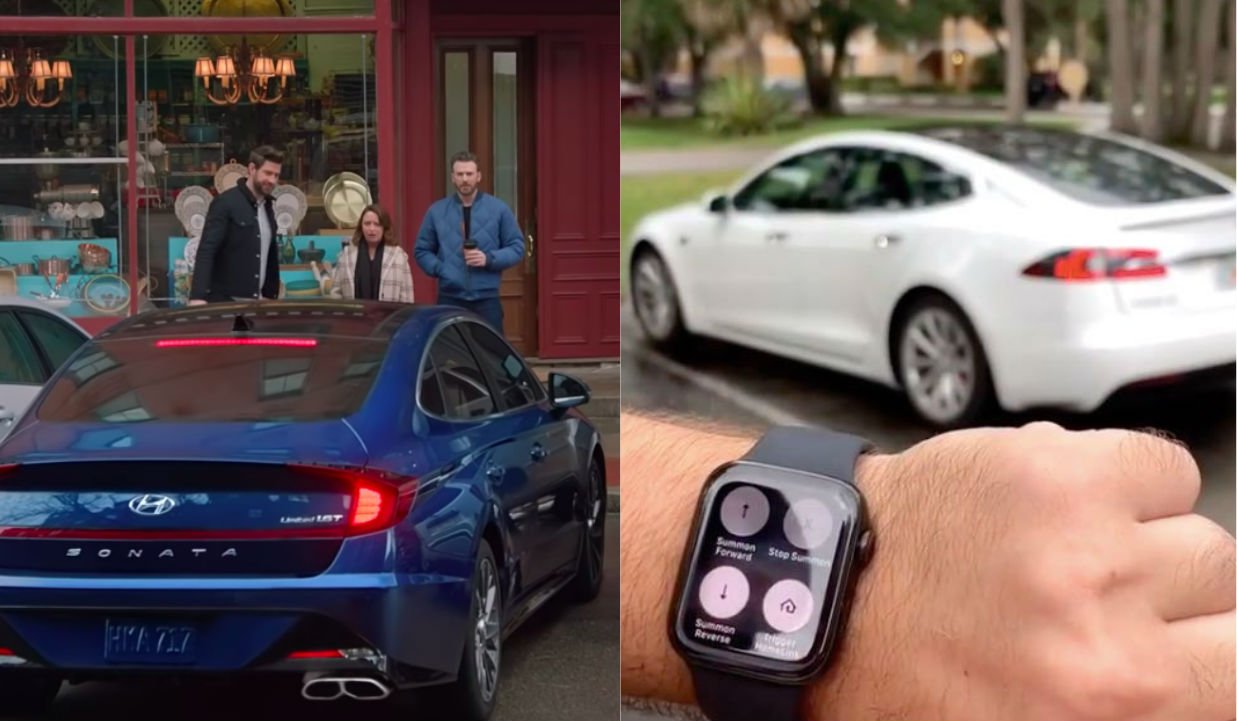 Hyundai’s new, star-studded “Smart Park” advertisement introduced a feature that has been familiar to Tesla owners for years. The commercial shows John Krasinski utilizing Smart Park to pull his Sonata into a tight parking space without having to be behind the wheel.

As per Hyundai, Smart Park is used by holding one of two buttons on a vehicle’s key fob that moves the vehicle either forward or backward, a feature that’s very reminiscent of Tesla’s earliest iteration of Summon from 2016. According to a test from Car and Driver, Hyundai Smart Park can detect some objects and manage to steer away from some obstacles in front of the car, but the feature is limited to forward and backward motion only.

Tesla’s Summon was rolled out nearly four years ago and has since improved significantly. The company rolled out its newest “Smart Summon” iteration in their latest Version 10 over-the-air software update that gives owners the ability to remote control their vehicles through a roundabout, a fast food drive-thru, and even snow-covered parking lots via Tesla’s mobile app. Some owners have gone as far as conducting independent tests to showcase the software’s ability to recognize and avoid obstacles in the vehicle’s way.

Considering that automakers such as Hyundai are only now releasing features similar to Tesla’s basic Summon capabilities, it may take a few years before vehicles from established players in the car industry can roll out capabilities that are on par with Tesla’s flagship features.

If veteran automakers like Hyundai look to play in the fast-paced and ever-changing world of high-tech cars, rest assured that “Smaht-er Pahk” features will most certainly be coming to