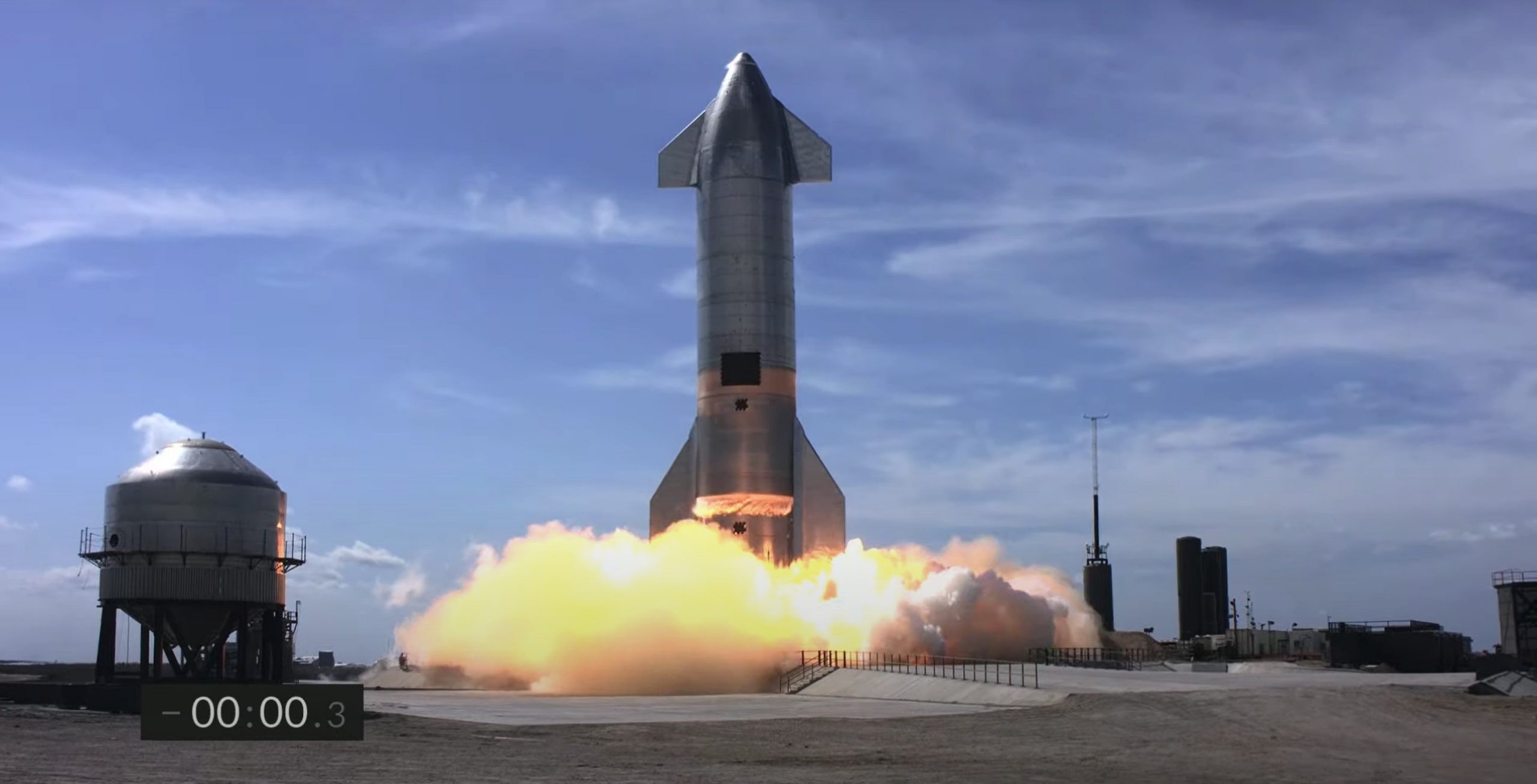 SpaceX aborts Starship launch after Raptors produce too much thrust

Instead of scrubbing for the day, Musk says that SpaceX will instead increase the flight computer’s thrust limits and try again as early as 4:30 pm CST – still well before today’s window closes at 6:30 pm. SpaceX ended its webcast but will start a second webcast a few minutes prior to the next launch attempt.

Update #2: As of Wednesday morning, SpaceX has officially confirmed that Starship is on track for a third high-altitude launch and ‘bellyflop‘-style landing attempt sometime later today.

As of 11am CST (UTC-6), FAA approval is in hand, weather is encouraging, Starship prototype serial number 10’s (SN10) flaps have been unchained, and SpaceX has cleared the launch site – all signs that the rocket’s launch attempt is imminent. Much like SN8 and SN9 coverage, SpaceX says it will make a public livestream of SN10’s launch available to the public “a few minutes” before liftoff. Stay tuned and follow along with NASASpaceflight’s live coverage in the meantime.

The odds of things going so wrong that a Starship launch could actually end with a prototype impacting at or near the Village and the handful of non-employee holdouts still residing there are minuscule. However, FAA safety regulations and SpaceX’s contingent launch license mean that evacuations are now a routine part of Starship’s high-altitude flight tests since Starship SN8 took the first step beyond short hops. While undeniably inconvenient for the few remaining residents, today’s evacuation notice – short of an official SpaceX.com confirmation – does serve as the ultimate sign that Starship SN10’s first launch attempt is firmly scheduled on Wednesday, March 3rd.

Originally scheduled as early as the last week of February, unspecified delays pushed Starship SN10’s launch debut schedule into March. In general, the vehicle’s path to flight has been much smoother than Starship SN8 and SN9, both of which ran into hardware bugs and opaque FAA licensing issues. With Starship SN10, the FAA approved SpaceX’s “modified” launch license well before the company was ready for flight – and even before the rocket had attempted its first static fire.

Unlike Starships SN8 and SN9, both of which took anywhere from 6-10 weeks to go from rolling off the factory floor to preparing for their first launch attempts, SN10’s first launch attempt appears likely to occur less than five weeks after the rocket arrived at the launch site. The sequential improvements in efficiency and reliability between those three prototypes is a fundamental part (or goal, at least) of SpaceX’s iterative development process.

Still, Starship SN10’s preflight flow wasn’t completely free of drama and SpaceX ultimately put the rocket through a second triple-Raptor static fire after the first test revealed an issue with one of those engines. SpaceX swapped that faulty engine out in record time and fired up SN10 again less than 48 hours after test #1, seemingly producing more satisfactory results the second time around.

Unlike its predecessors, SN10 will also debut a new triple-engine approach to landing, aiming to increase redundancy and boost the odds of a successful touchdown even if one of the Starship’s three Raptors fail during a last-second flip maneuver. Building on the failures of SN8 and SN9, it’s safe to say that SN10 has the best shot yet at sticking the landing.

TFRs show that two earlier launch windows on Monday and Tuesday (March 1st and 2nd) were canceled, leaving only the Wednesday, March 3rd airspace closure request still open. Wednesday was then backed up with two alternate windows on Thursday and Friday not long after.

Hardware-wise, Starship SN10’s cherry-on-top (an explosives-based flight termination system or FTS) was installed on February 28th. In the event that Starship loses control and strays past a certain point outside of its approved trajectory, that FTS would explode, breaching the rocket’s propellant tank, triggering vehicle breakup, and thus preventing it from harming the local populace. All told, SpaceX confirmation of a Wednesday launch attempt – and another official webcast – should be imminent. Stay tuned!

SpaceX aborts Starship launch after Raptors produce too much thrust