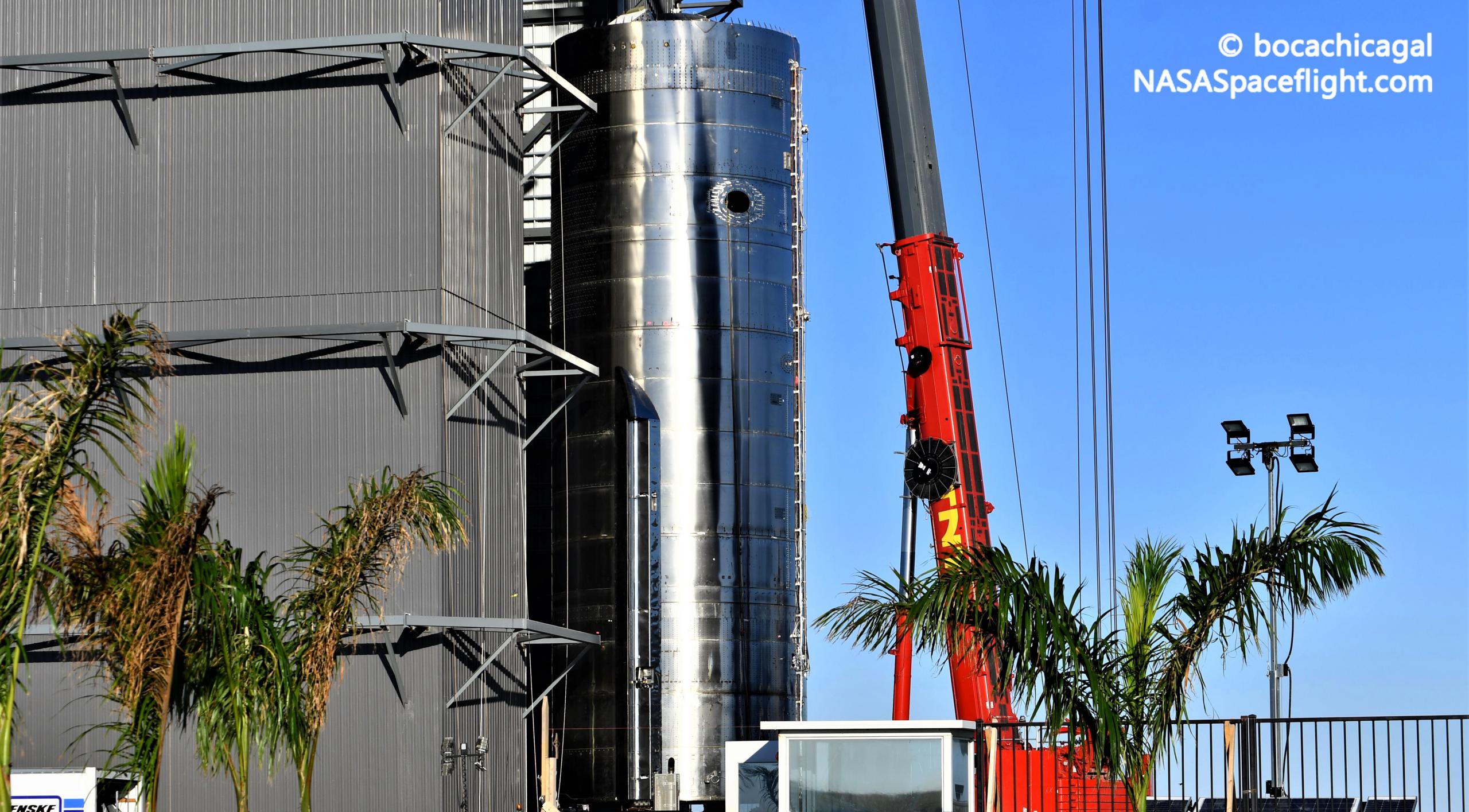 SpaceX is in the midst of preparing Starship serial number 8 (SN8) for the first high-altitude launch of its kind – a test that could easily end in a fireball. To counter that risk, SpaceX is doing what it does best: building a fleet of prototypes as quickly as possible.

Currently sitting at the launch pad in anticipation of its first fully-integrated cryogenic proof and triple-Raptor static fire test(s), Starship SN8 was expected to begin that test campaign on Sunday, November 1st, followed by 9am to 11pm windows on Monday, Tuesday, and Wednesday. With about three hours left in Monday’s window, SpaceX appears to have delayed Starship SN8’s next round of tests for unknown reasons, though new road closures on the 5th and 6th were requested as recently as today.

Given that Starship SN8 is the first full-scale prototype to have three Raptors and a functional (and plumbed) nose section installed, some slack is warranted. Crucially, though, as teams prepare SN8 for what could be an explosive flight debut, SpaceX’s Boca Chica factory continues to churn out replacement prototypes just a few miles down the road.

Most recently, Starship SN10’s tank and engine section was fully stacked on November 2nd, completing the cylindrical structure that functions as the rocket’s airframe, propellant tanks, and engine mounts. The only major work that remains is completing minor external and internal plumbing, fully installing avionics, and finally installing the ship’s ‘aero covers’ and flaps. Once completed, a nosecone – also fitted with two flaps – will be stacked on four or five steel rings and then installed on top of the rest of the rocket.

A few weeks ahead of SN10, Starship SN9 is crossing exactly those milestones. On October 31st, SpaceX moved the rocket’s completed tank section into the nearly completed high bay where Super Heavy boosters will soon be built. Large aft flaps were then lifted and installed on the side of the ship, essentially leave just two steps left before Starship SN8 will have a 1:1 replacement ready to go.

Now the only thing missing from SN9 is a nose section (and Raptors, technically). Work on that nose section is already partially complete, with a stack of five steel rings already more or less ready for its nosecone ‘hat’ as of November 1st.

An SN9-specific nosecone has yet to be spotted but may well be hiding – completed – just behind the closed doors of SpaceX’s nose production tent. Ultimately, pass or fail, SpaceX’s consistently hardware-rich and iterative approach to development means that Starship SN8’s launch debut will produce useful data and help point out any pressing upgrades or fixes in need of immediate implementation. At the moment, SN8’s launch date is completely up in the air but will likely solidify as the rocket (hopefully) proceeds through several upcoming tests.