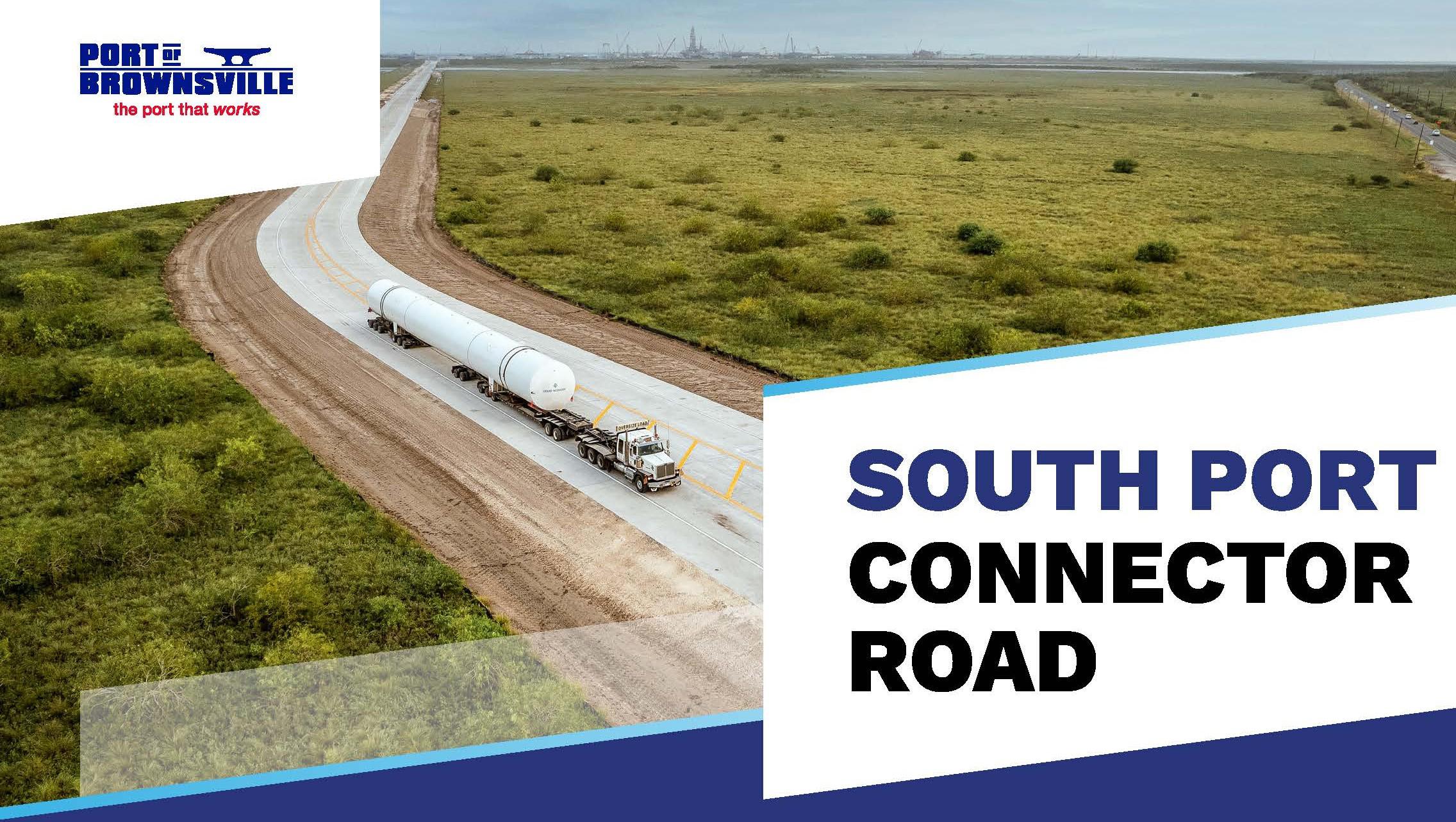 SpaceX’s Starbase facilities appear to have immediately begun to take advantage of a brand new “South Port Connector Road” built by the Port of Brownsville.

Construction of the two-mile-long ~$26 million Connector Road began in August 2020 and has long been assumed to be directly related to – or at least catalyzed by – SpaceX’s growing presence in the region. The new road will directly connect the Port of Brownsville to Highway 4, effectively offering SpaceX a direct line of access between Starbase – a South Texas Starship factory and launch site – and the Gulf of Mexico. While it’s difficult to find praise for taking almost two years to construct a more or less straight 1.9-mile-long (~3 km) stretch of road, the Connector should nonetheless offer SpaceX a number of new options.

The simplest and most obvious benefit: ease of transport. The Connector Road should cut off around 5-10 miles of the 15-20-mile drive needed to deliver something from the Port of Brownsville to Starbase (or vice-versa). In theory, the reduction in driving distance doesn’t actually matter much. The real boon comes from the fact that the road could almost entirely negate the need for deliveries to use urban roads.

If SpaceX has the ability to at least temporarily use dock space closest to the Connector Road, future deliveries could feasibly spend just a few hundred feet on city streets. The rest of the journey would be spent on relatively spacious highways. For most shipping, that would be mostly irrelevant, but it’s invaluable for a company like SpaceX that regularly needs (or wants) to transport massive objects by road. Transporting any load that is exceptionally wide, long, or tall can be a relatively painful ordeal, often requiring close coordination with local police or transportation departments to – at the minimum – ensure that it can be done safely, shadow the delivery, and manage traffic.

In extreme cases, the roadway itself might have to be temporarily modified to avoid damage to power lines, cables, street lights, signs, and more. In particularly dense areas, that can dramatically increase the cost of road transport to the point that even extreme alternatives – like building a rocket factory in the middle of nowhere, for example – become alluring.

Seemingly demonstrating its utility, SpaceX appears to have immediately taken advantage of the Port Connector Road almost as soon as it was ready to use. Around February 23rd, days before the road’s ribbon-cutting ceremony and official opening, an official image shared by the Port of Brownsville shows one of five newly installed Starbase propellant tanks heading from the port to Highway 4. While not a particularly challenging payload, the sheer length of the tank would have made any alternative route painful and likely required significant traffic control for any turns. Instead, the Port Connector Road likely made it a straight shot requiring little more than a private escort or two.

The real question is whether the new road will enable the transport of entire Starships or Super Heavy boosters – or even just subsections of the rockets – from Texas to Florida and whether SpaceX will actually choose to do so. Even with the Port Connector Road, some power lines, signs, and lights would likely need to be temporarily removed for SpaceX to transport something as tall and wide as a Starship or Super Heavy, but the breadth of the work required has likely been reduced by at least an order of magnitude. SpaceX has already broken ground on what is expected to become a Florida Starship factory but even partially completing that facility to the point that it can start to build rockets could easily take 6-12 months.

In short, the Port Connector Road’s benefits might be enough for SpaceX to conclude that the one-off transport of a handful of Starships and Super Heavy boosters is worth the lowered cost. That will be especially true if SpaceX is effectively forced to restart Starbase’s environmental review process, in which case Florida – not Texas – could become the preferred location for Starship’s first orbital test flights.