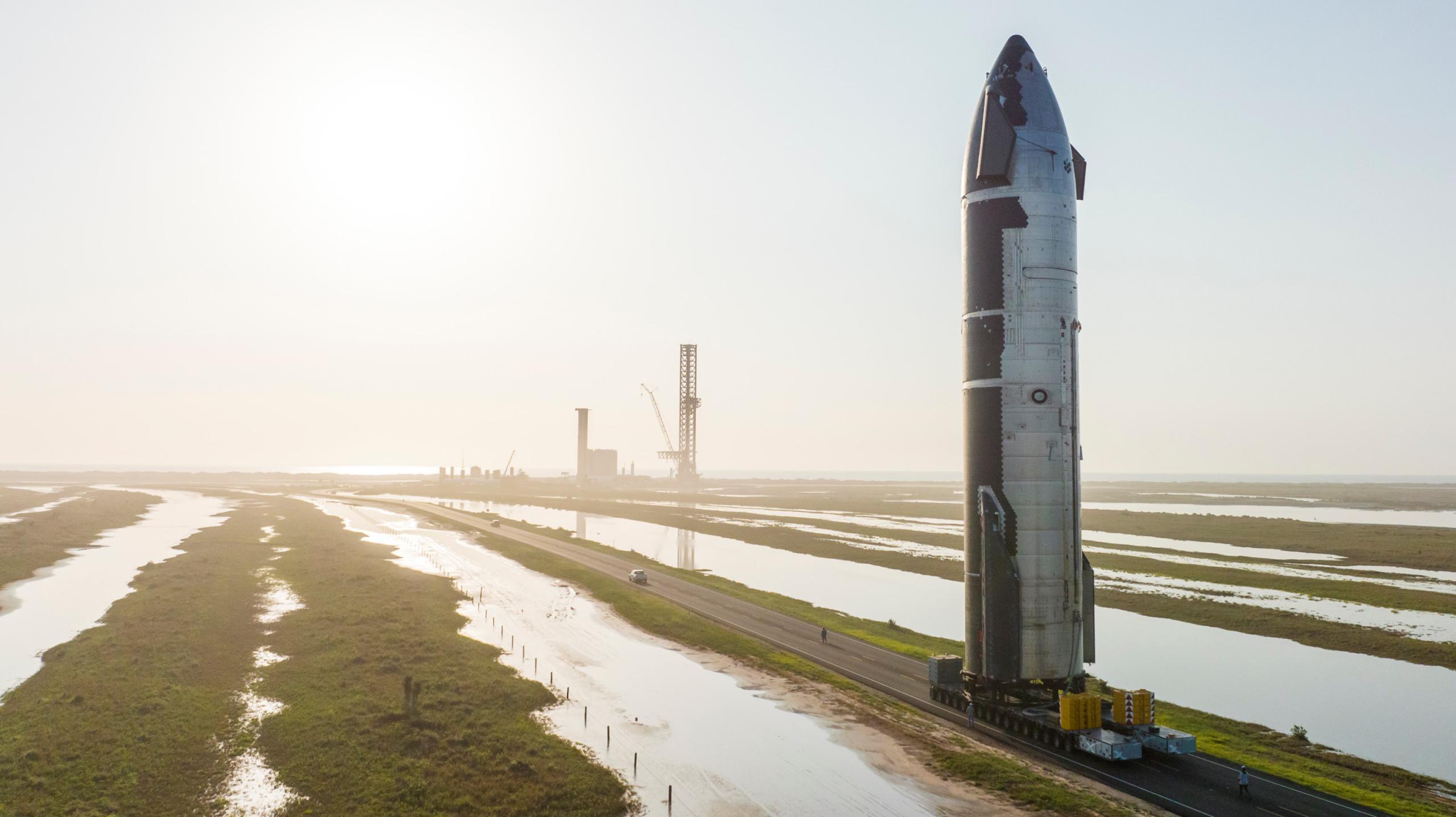 SpaceX’s Starbase environmental review is inches from the finish line

Ship 24 rolls down the highway to Starbase's launch facilities. (SpaceX)

In theory, that means that to successfully complete its Programmatic Environmental Assessment (PEA) for orbital Starship launches, SpaceX merely needs to incorporate all recommendations, requirements, or mitigations added during the interagency review process into one final draft and presumably secure the approval of all relevant stakeholders one last time. Once those documents are complete, approved, and published, all Starbase will need to begin orbital Starship test flights is an FAA launch license.

Securing that launch license is its own can of worms with plenty of unique challenges, but it’s highly unlikely that SpaceX and the FAA won’t be able to come to some kind of agreement allowing the company to begin those test flights within a month or two of receiving a good environmental review. According to the FAA, the final results of the Starbase PEA are scheduled to be released on June 13th.

The US Federal Aviation Administration says that its environmental review of SpaceX’s plan to conduct orbital Starship launches out of South Texas has been delayed for the fifth time in five months.

However, despite the chronic delays and the FAA’s odd decision to announce a new delay every month instead of simply acknowledging that it doesn’t know when the process will be finished, there are now even more reasons to expect a positive outcome.

Even though there were attempts to spin the new information into something negative, a document acquired through the Freedom Of Information Act (FOIA) by Bloomberg revealed that the US Fish and Wildlife Service (FWS) had decided to approve its portion of the Starbase environmental review. Their only condition: that SpaceX implement a few small mitigation measures, “including contracting with a qualified biologist to conduct monitoring of vegetation and birds, operating an employee shuttle between the launch facility site and nearby town of Brownsville, reducing vehicle traffic, and adjusting lights to minimize the impact on sea turtles.” Bloomberg chose not to publish the documents it received through the FOIA process.

In the same set of documents, the FWS also revealed that SpaceX has removed a request for permission to build a small desalination plant, a natural gas production and liquefaction plant, and a natural gas power plant at or near Starbase’s launch site from Starbase’s first Programmatic Environmental Assessment (PEA). That change comes as little surprise. In fact, SpaceX’s decision to pursue a “programmatic” assessment instead of a more common standalone assessment means that the company will be able to pursue additions to a basic Starbase environmental approval without having to rebuild the foundation each time.

In this case, a “basic approval” would mean the ability to conduct at least a few orbital Starship launches per year. Once that foundation is secured, SpaceX should be able to tier new environmental assessments on top of it and pursue permission for a desalination plant, natural gas production, more annual launches, or any other additions that might benefit Starbase. The simpler the foundation, the harder it should be for environmental stakeholders and agencies to protest or prevent SpaceX from receiving a good outcome.

“The FAA now plans to release the Final PEA on June 13, 2022 to account for ongoing interagency consultations concerning Section 4(f) of the Department of Transportation Act. All other consultations and analysis have been completed at this time.”

Another cause for optimism: after four delays of one or two months, the FAA’s latest delay announcement only pushes the conclusion of the review from May 31st to June 13th. Additionally, the FAA confirmed that only one small component of the entire review remains unfinished. Every other major component has been completed successfully and will likely result in a Finding Of No Significant Impact (FONSI) or Mitigated FONSI that would greenlight the environmental side of conducting orbital Starship launches out of Boca Chica, Texas.

When the draft PEA was first published, the FAA noted several points of contention over Section 4(f) compliance, which is designed to “protect significant publicly owned public parks, recreation areas, and wildlife and waterfowl refuges, as well as significant historic sites, whether they are publicly or privately owned.” At the time, the main problem was SpaceX’s request to close the public Boca Chica Beach and the only highway to it for up to 500 hours (~42 days), as well as a contingency that would allow for another 300 hours of closures to safely respond to emergencies.

Thanks to an even more in-depth environmental impact statement (EIS) completed in 2014 for a Falcon 9 and Falcon Heavy launch pad where Starship’s launch site now stands, we know that SpaceX has already met Section 4(f) demands with a plan for up to 180 hours of road closures per year. In the absolute worst-case scenario, SpaceX should be able to drastically reduce its road closure request to satisfy the Department of Transportation. Subsisting on roughly 20-30 days of closures per year would undoubtedly maim Starbase’s utility but it would at least allow SpaceX to conduct a few basic orbital test flights and some limited ground testing while it rapidly redirects most of its effort to finishing alternative Starship production and launch facilities in Florida.

Regardless, it’s now quite likely that SpaceX’s Starbase environmental review will finally be over by the end of June, freeing up the FAA and SpaceX to focus fully on the launch license side of the equation. Meanwhile, SpaceX still has weeks or even months of work ahead of it to prepare a Starship and Super Heavy pair for their first orbital launch attempt, so (for now) there is no risk of the company being forced to sit around and wait for the gears of bureaucracy to turn.

SpaceX’s Starbase environmental review is inches from the finish line